Confessions of a Socially Anxious Mom: Why Making Mom Friends Is Hard

Making friends can be tough—even (especially?) when you’re a grown adult with children of your own. Hear how this mom’s social anxiety can get in the way. 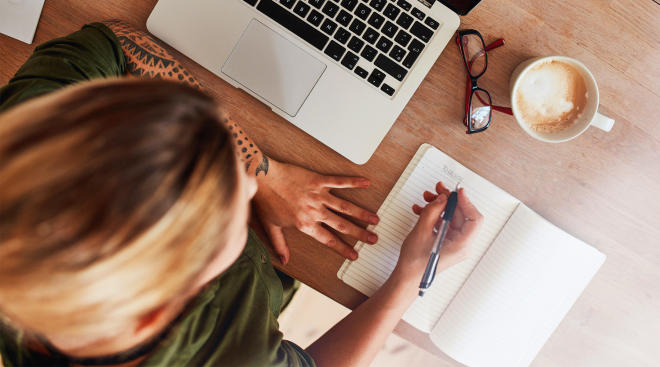 We’re almost halfway through my daughter’s Kindergarten year, and I haven’t made any mom friends. She, on the other hand, is doing amazingly well, which is what’s important. She loves her teacher and class, has made friends with everyone and is invited to every birthday party and play dates on the regular. It’s her mom that’s failing in the friend department.

This is new ground for me, which only adds to my social anxiety. At her previous preschools, there were lots of opportunities to make friends with the other parents. We often saw each other at drop-off and pickup and would stop to chat and set up outings and even moms’ nights out—but this year, it’s different. All those parties and playdates my daughter Lilly is invited to involve the kids getting dropped off, which is lovely, as it gives us all a break, but it means there’s no opportunity to bond with the moms. And at such a big school, where the drop-off window is short, pickup is packed and many kids simply carpool, I often miss crossing paths with other moms.

If I’m being honest, there are plenty of afternoons where parent interaction at the playground is possible, but I use my younger son, Oliver, as an excuse to skip out. I have to wake him from his afternoon nap, and he’s usually cranky, tired, hungry, still in his sleeper and refusing to stay in his stroller. It’s just easier to go straight home, both logistically and mentally.

As a writer, I’m often in my own head. So much so that I pay little, if any, attention to mundane details like my day-to-day appearance. I roll out of bed, throw on some gym clothes, put my hair up and glasses on and hole up at home, hacking away at a computer. When it’s time for pickup, I’m usually running late and feeling frazzled and frantic, and never bother to consult a mirror or pop a breath mint. But once I step outside, I’m suddenly aware there’s a world out there and people to converse with. I remember that life is more than an automated assembly line, tending to the next chore, picking up my daughter, crossing items off the never-ending list and advancing to my next destination. I scold myself to get out of my head. Off my phone. To socialize. Interact.

For someone who has built her online community on engagement, this may be somewhat surprising. But it’s far easier for me to chat through Direct Messages with a woman who’s already following me on social. After all, by following my account, she’s already acknowledged there’s something about me that she likes or finds relatable. If she reaches out to me with a question or kind comment, I can respond in the comfort of my own home, with premeditated, carefully constructed words—something I’m far better at than speaking off-the-cuff.

When I talk to individuals I don’t know, in person, I often end up rambling and inevitably say something stupid that I beat myself up for later. Already this year, I can count four incidents that didn’t end well. Just last week, I ran into one of Lilly’s classmates’ moms at the grocery store and started talking about an article I had been working on that day. I had previously sent this mom an invite to an event I was hosting, which had my blog name and social handle on it—so she knew, at least to some small extent, what I do for a living. But I didn’t want to presume that she a) had noticed or b) cared, so in explaining myself (always a problem), I said, "I don’t know if you know, but I’m a writer.” I meant it in a “I’m not sure if we ever chatted about what we do outside of mom life,” but in my mind it came across as “I’m kind of a big deal.” And then I went home and died of mortification. WHY did I say that? Who do I think I am? What must she be thinking?

It’s these kinds of crash-and-burn moments that keep me from fully engaging with others. I’m far safer at home with my phone and my Instagram crowd where I can type out a response and then delete it, if need be, before it’s sent. But perhaps that’s part of the problem. Because I have these genuine relationships and interactions with others online, I don’t feel the need to make more in the outside world.

Except I do. This is Lilly’s first of five years at this school. She will then go on to fifth grade and middle and high school with most of these kids (and their moms). Now is the time for me to forge friendships and build my own local community. My pre-existing friends and preschool moms are amazing and I’m so thankful for them—but they’re not the ones in the trenches with me at this particular place. They don’t know the names of the best teachers or the problem kids, or have details about the class concert. I need to make allies in elementary school. And fast.

I will. I promise, I will. Right after I skip the Parent Teacher Organization’s upcoming party. I texted the one lady I’m friendly with to ask if she was going and she replied, “No, too much social anxiety.” Glad to know I’m not alone!

Natalie Thomas is a lifestyle blogger at Nat’s Next Adventure and creator of the new moms platform @momecdotes. She’s also an Emmy-nominated TV producer, contributor to Huffington Post, Today Show, Mother Mag, Hey Mama and Well Rounded, and former editor and spokesperson of Us Weekly. She’s addicted to Instagram and seltzer water, lives in New York with her tolerant husband, Zach, her daughter Lilly and her son, Oliver. She’s always in search of her sanity and, more importantly, the next adventure.