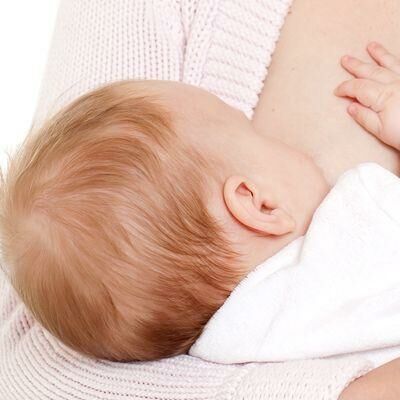 You’ve probably heard the rumor: Breastfeeding will make your boobs sag. Not, so says a new study! In fact it says nursing baby can actually prevent your breasts from looking older as you get older.

The study, funded by the Aesthetic Surgery Education and Research Foundation, observed 161 pairs of twins. In the first part of the study, each set of twins answered a questionnaire on lifestyle habits, such as smoking, drinking, number of pregnancies, use of a bra, stress at work, sports, hormone replacement therapy, moisturizing and exposure to the sun. Then, the twins had their breasts photographed. The photos were evaluated by researchers, who noted traits like skin tone, droopiness, shape and areola size.

Using this data, researchers searched for common lifestyle habits between those who had what they considered younger-looking breasts. Researchers found that breastfeeding, as well as moisturizing and going through hormone replacement therapy post-menopause had a positive affect on breast appearance.

This surprised several researchers, since pregnancy and childbirth have been known to cause sagging in the breasts. But Dr. Hooman T. Soltanian, one of the lead researchers, believes that breastfeeding changes the hormones in a woman’s body, and that could slow the breasts’ aging process.

“Women who breastfed have a different hormonal milieu, sort of like internal hormone replacement,” Soltanian says.

Do you think pregnancy and/or breastfeeding changed your boobs?