Midnight feedings, picky eating and baby poop are things parents across the globe deal with daily. But how we handle them can be vastly different. So what things are you doing that other moms think are total no-nos? 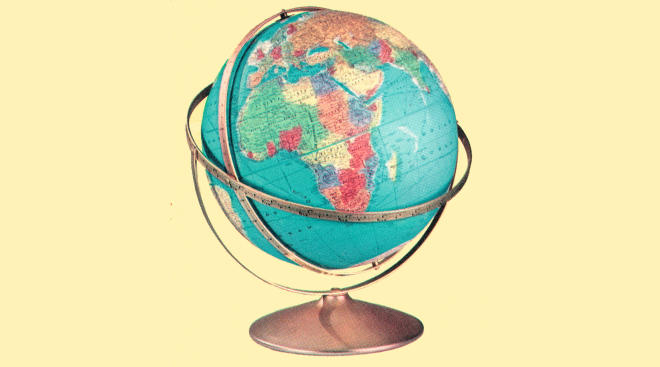 Going from  breast or  bottle to not-so-flavorful rice cereal is normal for an American baby. But French babies are gourmands from the get-go, according to Natalia Simmons, an American mom of two who moved to France when her first child was five months old. “In France, they introduce babies to a variety of foods earlier and have so many different baby food flavors, like fish and chocolate rice cereal.”

Even French babies’_ first _foods are different — leek soup, zucchini, endives, pumpkin and roasted beets are recommended by pediatricians as starters there. And hey, it’s okay to take their lead. The American Academy of Pediatrics no longer dictates that rice cereal be baby’s first food. Doctors say you can choose from a variety of fruits and vegetables to start with. Plus, keeping the diet diverse can help baby develop a lifelong love of healthy foods. (Score!)

How many American moms you know have a tricked out nursery — a lot, huh? Well, for most of the world, having your baby sleep separately is totally foreign. “Parents in most other countries believe that being together in the nighttime is an essential part of bonding with your baby,” says Christine Gross-Loh, PhD, author of Parenting Without Borders. “When I was in Japan, some of my friends literally couldn’t believe that American babies are expected to learn how to go to sleep by themselves.”

The problem with having baby sleep _in your bed _is that it could be dangerous. The American Academy of Pediatrics advises against it, since it can pose a SIDS risk. But, they say, having baby in your room could help prevent SIDS. So consider a bedside bassinet to promote parent-baby nighttime communication and keep baby safe. And you won’t be running back and forth to the nursery all night long.

Covering up while breastfeeding

It seems like every new mama includes a  cute nursing cover on her baby registry, and most feel nervous and a little embarrassed the first time they have to use it out in public. But no such inhibitions exist in many other countries — heck, plenty of international mamas don’t even use a cover up. “In Costa Rica, breastfeeding is a priority and you see it everywhere, no matter the time or place,” says Maribel Reyes, a mom of two who recently moved there. Remember, Mama: You have the legal right to feed your baby wherever, whenever and however you want — you don’t have to be shy.

Pushing baby in a stroller

Kenyan mothers shun strollers and, instead, carry their babies on their backs. Not only because it’s convenient in a country full of potholed dirt roads, but also because being close to mom is comforting, says Mei-Ling Hopgood, author of How Eskimos Keep Their Babies Warm.

The same goes in Japan. “In Japan, there’s this concept called ‘skinship’ — it’s the notion that babies and children really need to have plenty of physical contact with their loved ones to grow up secure,” says Gross-Loh.

So hey, why not cut out some stroller time and mix in some babywearing too? Research confirms that holding your baby in your arms or a  carrier pays off. Keeping your little one close for at least three hours a day has shown to lessen crying bouts by up to 50 percent. It may also increase your milk supply and reduce your risk of postpartum depression.

In some countries, they don’t use diapers. Well, at least not for long. “In rural China, when the baby sits up, that’s when it’s time to potty train. They use cloth diapers for newborns and then split-crotch pants for potty training,” says Hopgood. “Children are trained by 18 months old, and often even earlier.”

Split-crotch pants have a special slit up the middle and gape when baby squats. Every two hours or so, a Chinese mother squats her child over a basin or in the yard and makes a special noise. A Pavlovian response is created and the child learns to pee or poop when they hear that sound. Wow!

Maybe most American parents aren’t excited about the idea of going diaper-free, but there are definitely some who use a variation of this method called Elimination Communication (EC). EC can take longer than standard potty training, requires a relaxed attitude about poop and pee and a ton of patience. But parents who stand by EC say their kids are using the toilet far earlier than the US average.

Teaching your toddler not to talk to strangers

When Maribel Reyes moved from California to Costa Rica a few months ago, she realized that the “don’t talk to strangers” axiom didn’t apply in this uber-friendly country. Now, shares Reyes, “We are teaching our children to always greet people as they walk by. Saying hello is not enough, so they’re learning to greet strangers and say, ‘How are you?’ ” Maybe that’s one of the reasons Costa Rica ranks as one of the happiest countries in the world.

Ali Goldfield, a family counselor in Canada, points out another disadvantage to labeling all strangers bad. “If your child is lost, how is he going to find help without talking to a stranger?” Instead, she recommends helping kids recognize creepy adult behavior and teaching them what to say and do when they spot it. Totally makes sense to us.

Of course, no matter where they live, every parent has to make the decisions they feel are best for their family. “Looking at other cultures that parent in vastly different ways and whose kids are thriving, you realize that there are a million ways to raise a happy and healthy child,” Hopgood says. “We just have to find the one right for us.”

The Worst Things to Say to Other Moms