Time to unearth your immunization records! For a healthy pregnancy and baby-to-be, the time to protect yourself from infectious diseases is now.
Save article
ByCelia Shatzman
Contributing Writer
UpdatedDec 2017 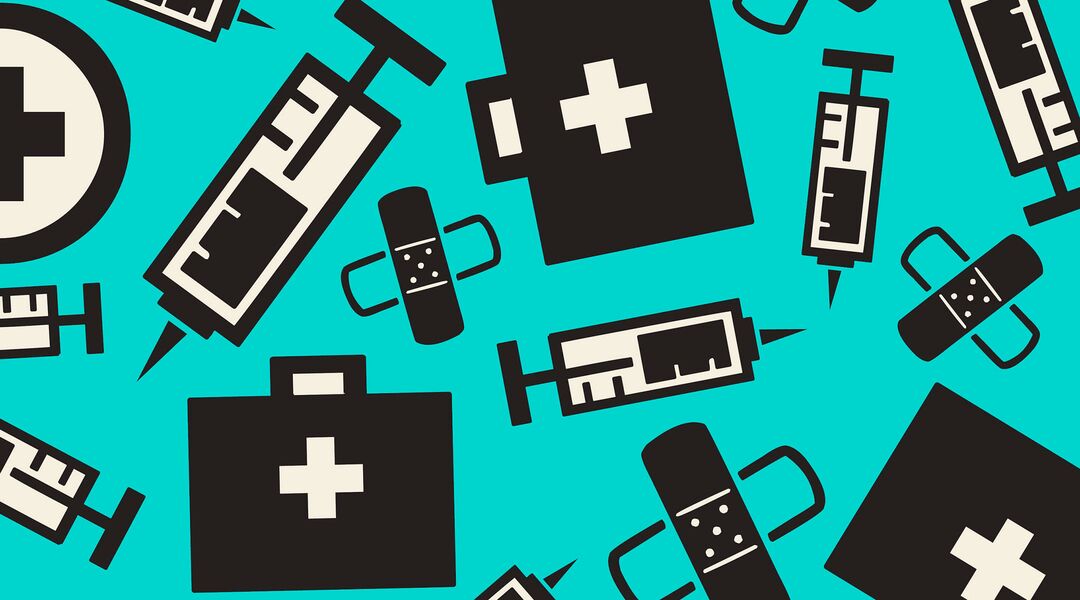 Just because you remember getting lots and lots of shots as a child doesn’t necessarily mean you’re fully protected by the time you’re planning to give birth to one of your own. It’s quite possible that you’re due for a booster or even a brand-new vaccine that wasn’t available when you were a kid. That’s why, if you’re trying to conceive, you need to confirm which shots you’ve got covered and which ones you still need. “During preconception counseling, a patient will be asked about previous exposure or immunization, such as to chicken pox and rubella (German measles),” says Sara Twogood, MD, an ob-gyn at the University of Southern California and founder of the postpartum care package service Après Push. Chat with your doctor to see which immunizations you might be up for.

While women are encouraged to get some shots in the middle of pregnancy (such as the flu and Tdap vaccines), there are a number of others that you’d need to get before that seed-size baby materializes. “There are infections that can be harmful to a mother specifically during pregnancy, when her immune system is generally weakened,” says Joshua U. Klein, MD, chief medical officer at Extend Fertility, a New York City-based egg-freezing service. “There are also other infections that are generally not harmful to the mother but can be specifically harmful to a fetus if contracted during pregnancy.”

Because some of these shots aren’t safe during pregnancy, it’s smart to knock them all off your list before you even conceive, so both you and baby can benefit. Here are the vaccines to get before pregnancy.

Infection with measles during pregnancy can result in miscarriage, premature delivery, low birth weight, stillbirth and even maternal death, while rubella during pregnancy can result in congenital rubella syndrome (CRS), which can include several birth defects as well as miscarriage, low birth weight and stillbirth. “Infection with mumps during pregnancy may have a more severe impact on pregnant women, but this is less clear than with measles and rubella,” Klein says. “Therefore, it’s important that pregnant women be immune to these infections.” The MMR vaccine is a ‘live attenuated’ virus (meaning it’s still in an infectious, albeit less virulent, state), so it’s not safe to administer once a woman has already conceived. “The best time to get the MMR vaccine is at least 28 days—minimum—prior to conception,” Klein says.

Do you remember wearing mittens as a kid so you wouldn’t scratch your chicken pox rash? If so, then good news! You don’t need a chicken pox vaccine, since your body has built up an immunity. This is the case with most people, says Pari Ghodsi, MD, FACOG, a Los Angeles-based ob-gyn. But if you never had chicken pox as a kid, then add this shot to your list. “Getting chicken pox in pregnancy can lead to birth defects,” Ghodsi says, such as limb hypoplasia, microcephaly, scarring of the skin and eye defects, to name a few. Klein cautions that the varicella vaccine is also a “live” vaccine and therefore can’t be administered once a woman is already pregnant, so, like the MMR vaccine, the best time to get it is at least 28 days before conception.

“Pregnant women are more likely to need medical attention and hospitalization if they get the flu compared to non-pregnant women,” Twogood says. They’re also six times more likely to die of the flu than when not pregnant, cautions Kathryn Wright, MD, an ob-gyn with Facey Medical Group in Southern California. Get the flu shot at the beginning of every flu season, which runs between October and May, and get it as an injection, not a nasal spray (which is a live attenuated vaccine). While the vaccine doesn’t eliminate your chances of getting the flu, it will lessen them.

Jetsetters will want to sign up for these shots. “Hepatitis A vaccine is recommended for women who travel internationally,” says Lakeisha Richardson, MD, an ob-gyn in Greenville, Michigan. “It is a two-dose vaccine and is recommend if a woman is exposed or anticipates exposure.” Though technically it can be administered during pregnancy, many experts think it’s best to play it safe and get the vaccination before conception. If you’re not a frequent flier, chances are you won’t need it, but there are a few others who should consider it, Ghodsi says. This includes people who work with hepatitis A-infected animals or in a hepatitis A research laboratory; have a chronic liver disease, such as hepatitis B or hepatitis C; are being treated with clotting-factor concentrates; or expect to have close personal contact with an international adoptee from a country where hepatitis A is common.

Your doctor can do a blood test to check your immunity to determine if you need this vaccine. Hepatitis is an inflammation of the liver, and you can pass it down to baby through either a vaginal delivery or c-section. “If a baby becomes infected with hepatitis B, he has a 90 percent chance of developing a lifelong, chronic infection,” says Nita Landry, MD, an ob-gyn and cohost of The Doctors. Making matters worse, hepatitis B can cause liver damage, liver disease and liver cancer—so make sure you’re protected.

“The pneumococcal vaccine should be given to people who have chronic underlying conditions that make them at increased risk of getting pneumococcal pneumonia,” Wright says. “This includes immunocompromised persons, cigarette smokers and some other chronic conditions. The best time to vaccinate is preconception.” Ask your physician if you should be vaccinated. “Pneumococcal infections can range from ear and sinus infections to pneumonia and bloodstream infections,” Landry explains.

A Birth Control Pill for Guys Is Coming

Can Wellbutrin Affect My Chances of Getting Pregnant?

Zyban and Getting Pregnant?

Paxil and Getting Pregnant?

Q&A: Danger of Vaccines While Trying to Get Pregnant?

Taking Cough Syrup to Get Pregnant?