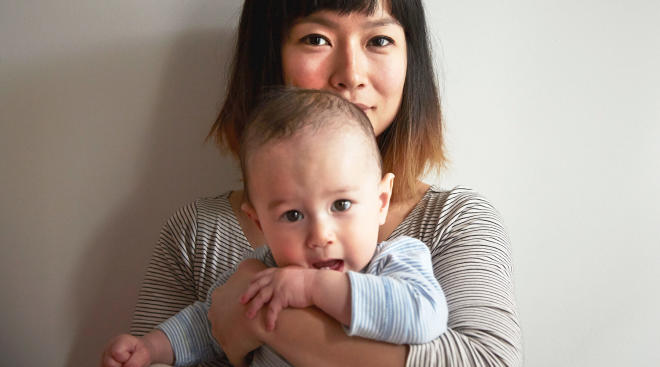 We all eventually turn into our mothers. And now there is research to prove it.

Marie Claire reported on new research by UK Harley Street surgeon Julian De Silva that suggests women really do start to gradually become more like their mothers as they get older. Typically, the transformation goes into full effect when women are 33 years old.

Two thousand women and men were surveyed for the study. The poll showed that 52 percent of participants said they began behaving like their mothers between 30 and 35 years old, 26 percent believe it happened between 35 to 40 years old, with 10 percent claiming it didn’t happen until they turned 40 to 50.

Wondering what the logic is behind that? The study says females start to act more like their moms a few years after having their first child. On average, women in the UK give birth to their first child when they’re 30 years old. It’s at this age that the women surveyed admitted they stopped rebelling against their moms, and instead began acting more like them. So in theory, we fully turn into mommy dearest once we hit the big 33 milestone.

While motherhood is the thing that triggers the personality change the most, it’s closely followed by physical signs of ageing, Yahoo reports. Other parental behaviors women start to mirror at this point in their lives include enjoying the same TV shows and hobbies and starting to use the same sayings.

“We all turn into our parents at some point in our lives—and that is something to be celebrated,” says De Silva.