And this isn't the first time.
Save article
ByAnisa Arsenault
Associate Editor
PublishedJun 2017 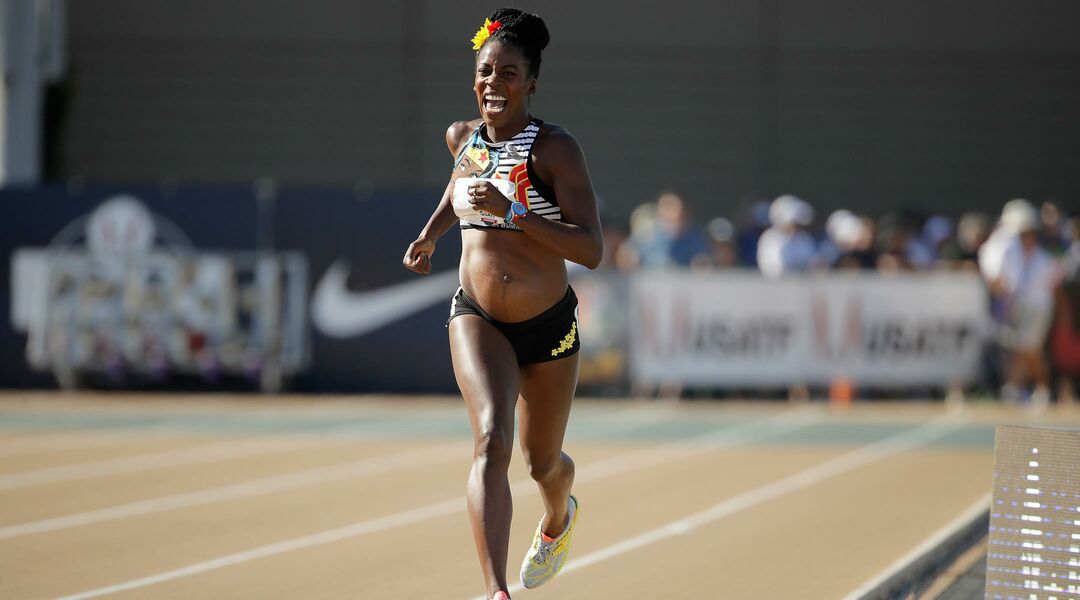 At 5 months pregnant, Alysia Montano wasn’t trying to win the 800-meter race at the USATF Outdoor Championships on Friday. In fact, she wasn’t even planning on participating. But feeling inspired by none other than the new Wonder Woman film, she decided to sign up. And it’s the second time she’s tackled this very race while pregnant.

The professional runner first made national headlines for racing the 2014 Outdoor Championships while 8 months pregnant—her Twitter bio refers to herself as “that pregnant runner.” If this makes you feel lazy, don’t worry; Montano’s not trying to send a message about vigorously exercising while pregnant.

“This isn’t to pressure women to run during pregnancy. That’s not the point at all,” she tells The Washington Post. “We’re just different and that’s the point.”

Montano is encouraging women to embrace all the different roles they can take on. She says that her happiness—and her identity—doesn’t just hinge on the label of “runner” or “mother.”

“I want for my life to be defined by happiness…not just being labeled as a runner,” she says.

Baring her bump, she raced in a Wonder Woman top. And that uniform decision was extremely deliberate.

“I wanted Wonder Woman to represent me,” she said in a Team USA newsletter. “When I found out [star Gal Gadot] filmed half the movie 5 months pregnant, I said, ‘I for sure am signing up for USA nationals.’ I don’t define myself as a runner. I really define myself as a fighter for good. And I see that playing true in running.”

So how’d she do? While she won’t be moving on to the World Championships, she clinched seventh in her heat and 30th overall. And she shaved 10 seconds off her 2014 times, running 2:21.40 for the 800-meter distance.