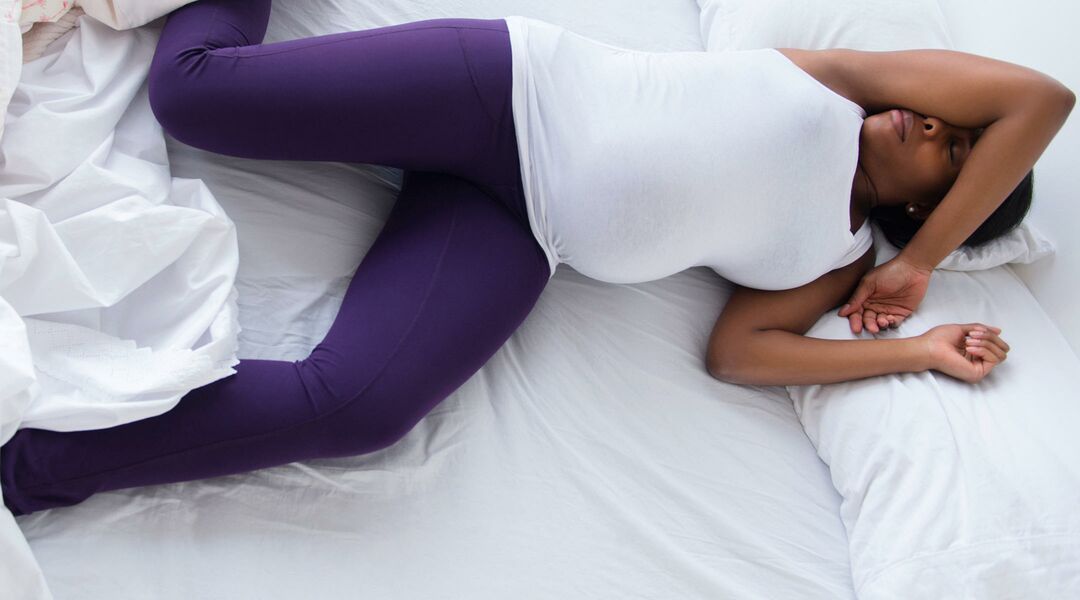 You probably already know you’re supposed to sleep on your side during the later stages of pregnancy. Your stomach? Well, that’s just not an option right now. Your back? That position can cause your uterus to put pressure against blood vessels, restricting blood flow to both your heart and your baby’s. But until now, no study has ever actually monitored what’s happening to baby when women lie on their backs overnight.

Researchers at the University of Auckland used an infrared video camera to record pregnant women’s sleep positions, while also monitoring the heart rates of moms and babies. Each of the 30 women involved in the study were between 34 and 38 weeks pregnant, and each of their pregnancies were complication-free.

Based on what we already know about restricted blood flow while sleeping on your back, perhaps it’s not surprising that fetuses were less active when mothers were in this position. But it is surprising how quickly that turning onto your back affects baby: when a mother changed position during sleep, such as from side to back, her baby immediately became less active and still.

This likely sounds scarier than it is. It’s normal to change positions during sleep, and if you wake up on your back, you shouldn’t panic. Training yourself to sleep on your side may take time—and props, like pillows.

“You only need to be slightly shifted onto your side to prevent this concern; sometimes this means just putting a pillow under your hip and shoulder on one side,” Heather A. Smith, MD, MPH, FACOG, tells The Bump. “Leaning against this pillow can make you feel like you’re on your back so that you’re comfortable, but give you enough of a slant or angle so that your uterus is shifted off of the vessels.”

How to Sleep Safely While Pregnant

Can You Sleep on Your Back During Late Pregnancy?