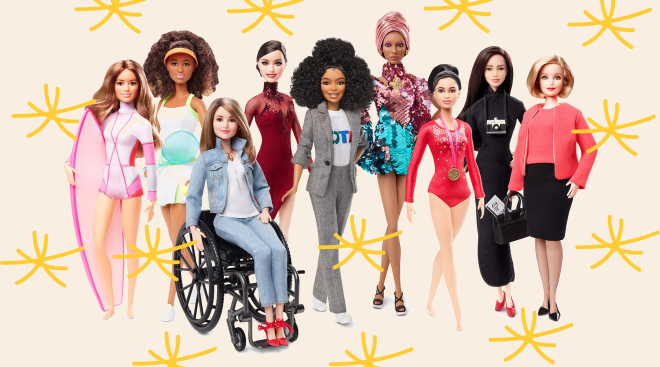 In honor of Barbie’s 60th anniversary—and coincidentally just in time for International Women’s Day—the brand released a new line of dolls inspired by female role models from around the world.

The special collection is its largest and most diverse lineup of females yet, featuring more than 20 kick-butt women from 18 different countries. From activisists, actresses, athletes and everything in between, the dolls remind kids there is no job or dream too big to achieve.

Check out a roll call of some of the leading ladies:

The collection of fierce females is just one of many ways Barbie is commemorating its milestone birthday. Last month, it introduced its most inclusive line of dolls to date, including a doll who uses a wheelchair and one who has a prosthetic leg. The company is also doing its part to give back by launching the Barbie Dream Gap Project Fund. To kick it off, the company will donate one dollar from every doll sold in the US up to $250,000 to organizations aimed at leveling the playing field for girls. Click here to learn more about all of this year’s initiatives.

Barbie’s world has changed a lot in the last 60 years, and that’s something we can all get behind.