Mom Gets Shouted At and Called ‘Disgusting’ for Nursing in Public

Mom Gets Shouted at and Called ‘Disgusting’ for Nursing in Public

In response, she launched a breastfeeding support blog.
save article 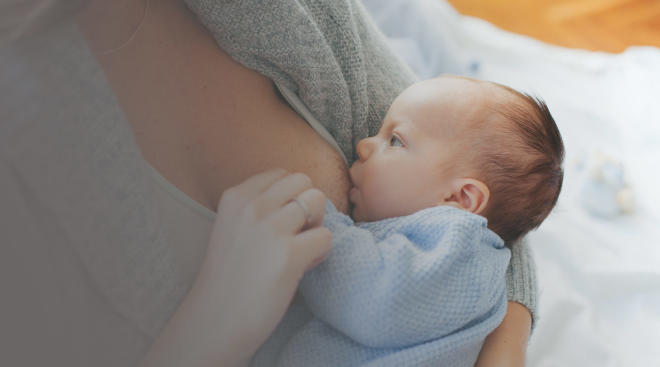 When Australian mom Ashley Rogers needed to nurse her son at a shopping mall, she carefully chose a secluded spot away from the crowds where she, her baby and her seven-year-old daughter could have some semblance of privacy. Still, she found herself at the center of one man’s bewildering anger.

When she heard a man yelling, she didn’t realize it had anything to do with her until she turned to face him, and that’s when the abuse began.

“You’re disgusting, cover up, I can see your t*ts,” the stranger yelled at her, Rogers told news.com.au. Rogers, rightly furious, told him she was just feeding her 4-month-old son, but he kept berating her, repeating the word “disgusting” over and over and shouting at her to cover up.

Other people started staring at them, drawn in by the yelling, and then something heartwarming happened. “These three beautiful women flocked to me and put their arms around me and kissed me on the forehead,” Rogers said. They asked if she was okay, and she burst into tears, grateful for the show of public support.

The scene would have been upsetting for any mom, but for Rogers, it was particularly painful, given her baby’s health issues. Her son Archie, who had to be induced at 37 weeks, had been having trouble gaining weight—at 4 months old, he was the size of a newborn—so it was even more essential for her to nurse him on demand. Like so many women, she struggled to breastfeed, and almost gave up several times. But after six weeks, everything finally started going smoothly, and Archie is growing bigger and stronger every day thanks to Rogers’ efforts.

Instead of being cowed by the stranger’s abuse, Rogers found the inspiration to help other women who might be ashamed of breastfeeding in public. She started a blog called The Milk Mum, where she features stories from other nursing moms as well as her own.

“It’s become very clear since posting my story that there are still many people who are not accepting of women breastfeeding their children in public,” she told Yahoo News Australia. “It’s now my mission to change that and help women breastfeed confidently.”

Her words for the man who verbally abused her get right to the point.

“To this man I want to say, go eat your lunch in a smelly bathroom with a blanket over your head—tell me how you like it,” she said. “To these amazing women who supported me, and one lovely gentleman, thank you, from the bottom of my heart. You are the reason I will continue to feed uncovered in public!”

In the US, women have the legal right to breastfeed in public in all 50 states, but some women find themselves a little nervous at first (and with people out there who shout at and shame nursing moms, it’s no wonder). Here are some tips to help you feel more comfortable nursing in public.

Nipple Shields for Nursing: What They Are and How to Use Them
Article saved.Go to My Saved Articles
Article removed.
Name added. View Your List