“Everybody has their own hurt right now. It's hard for people to find space and appreciation for the unique ways we are being affected, because we are all dealing with our own wounds.”
Save article
ByNehal Aggarwal
Associate Editor
PublishedApr 2020 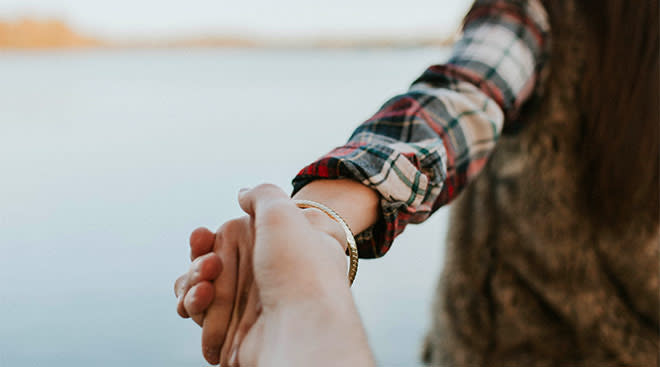 COVID-19 has fully disrupted life as we know it, and it’s costing many people the chance to experience milestones they had been looking forward—including the chance of conception through in vitro fertilization (IVF).

On March 17, the American Society for Reproductive Medicine issued guidance that advised treatment facilities to “suspend the initiation of new cycles; strongly consider cancellation of all embryo transfers whether fresh or frozen; suspend elective surgeries and non-urgent diagnostic procedures; continue to care for patients who are currently ‘in-cycle’ or who require urgent stimulation and cryopreservation; and minimize in-person interactions.”

While the guidance came as an attempt to ensure the safety of patients and staff members, for many couples, the news was devastating. IVF is time-sensitive not only because fertility in men and women decreases with age, but because it requires a careful schedule of medications and frequent check-ups to see how the body is responding.

Angie, a woman from Vancouver, British Columbia, had been injecting herself with invitro fertilzation drugs to stimulate her ovaries to produce eggs every morning and night for five days. On March 20, the sixth day, she recieved a call from her fertility clinic letting her know they would have to cancel her egg-retrieval procedure, which had been set for the following week. Worried that her ovaries, swollen from the drugs, would develop cysts, she asked if she could come in for an ultrasound, but the clinic refused.

“I was really angry. I burst into tears. I was shaking and sobbing uncontrollably,” she told NBC News, who spoke to 10 women and their partners to learn more about how their aspirations and mental health had been affected by COVID-19. “I had used $3,000 worth of medication. It was an emotional and financial loss.”

Ashley Carnes, 26, had been trying to concieve with her husband, Gene, 41, for over two years. They had been preparing for IVF for months when they’re clinic in Springfield let patients know via email it would be cancelling new IVF cycles. “We were excited. We have been praying for this for a long time,” Carnes told the outlet. “I am thankful they are looking out for our health and safety, but it’s so hard to deal with the unknown of what’s going to happen next. The next month is going to feel like a year.”

Susan Nelson of Minneapolis, 34, had already been through a round of injections, had an egg retrieval in February and was planning for an embryo transfer soon after. However, due to internal bleeding after the procedure to collect the eggs and a trip to the emergency room, her recovery took longer. She found out her doctor was cancelling her transfer via email.

“You lose a lot with infertility,” Nelson said. “It always feels like something was stolen from you. You don’t get to choose how many children you want or build the family in the way you dreamed. And sometimes you don’t have the choice of any children at all. But now to not even have the privilege of trying to build a family is just adding insult to injury.”

While Nelson respects the decision to cancel, she’s still grappling with the sense of loss. “Everybody has their own hurt right now,” Nelson continued. “It’s hard for people to find space and appreciation for the unique ways we are being affected, because we are all dealing with our own wounds.”

Other clinics allowed patients who were halfway through their stimulation phases to complete their injections and continue with the egg retreival procedure, but with proper precautions. Amy Wang and her husband Jeremy Tu, 35, reside in Los Angeles and have been trying to concieve for seven years. They were half through their injections for their third round of IVF when they called their clinic to ensure their cycle wouldn’t be cancelled. They were allowed to finish their treatment, but with temperature checks before each visit and a waiver that stated the clinic could cancel the cycle at any moment. Now the couple faces anxiety each time their clinic calls. “Every time I get a call from the doctor’s office, I am thinking, ‘Is this the call? Is our cycle getting canceled because they found someone with the virus in the building?’” Tu tells NBC News, adding that they’ve already spent between $20,000 to $30,000 on treatments.

Of course, some women chose to cancel treatments on their own, including Natalist founder Halle Tecco, 36, who lives in Charleston, but was recieveing treatment at a fertility clinic in New York. She had already undergone an ultrasound to check the health of her ovaries and had injectable medicine ready in the fridge, but Tecco chose to cancel the round in early March. As someone who suffers from asthma, she’s more susceptible to COVID-19 and didn’t want to risk the travel.

Regardless of where these women have been in their journies, the toll this experience has taken on their mental health is significant. Of course, hearing stories of parents working from home and trying to juggle work and kids may not help, either. For Ashleigh Azzari, 36, from Santa Clara, California, it’s been difficult. “Everyone is home, and there are so many jokes about pandemic babies or how tired parents are of being around their kids. I have this constant battle not to tell people to appreciate what they have."

Azzari and her husband have been trying to concieve for close to three years, during which she’s suffered five miscarriages and two ectopic pregnancies. They had already completed their paper for their next embryo transfer when their clinic alerted them it had been postponed. “My husband is from Italy. We are hyper-aware of the situation,” Azzari said. “I don’t want to put anyone’s safety in jeopardy.”

The situation is hard one, with many clinicians unsure of when they’ll be able to provide treatments again and many women wondering if they can stand to take the physical and emotional toll IVF already brings. “I am a ball of hormones and anxiety, and it has bled into every part of my life, and I want some of that life back," Angie said.