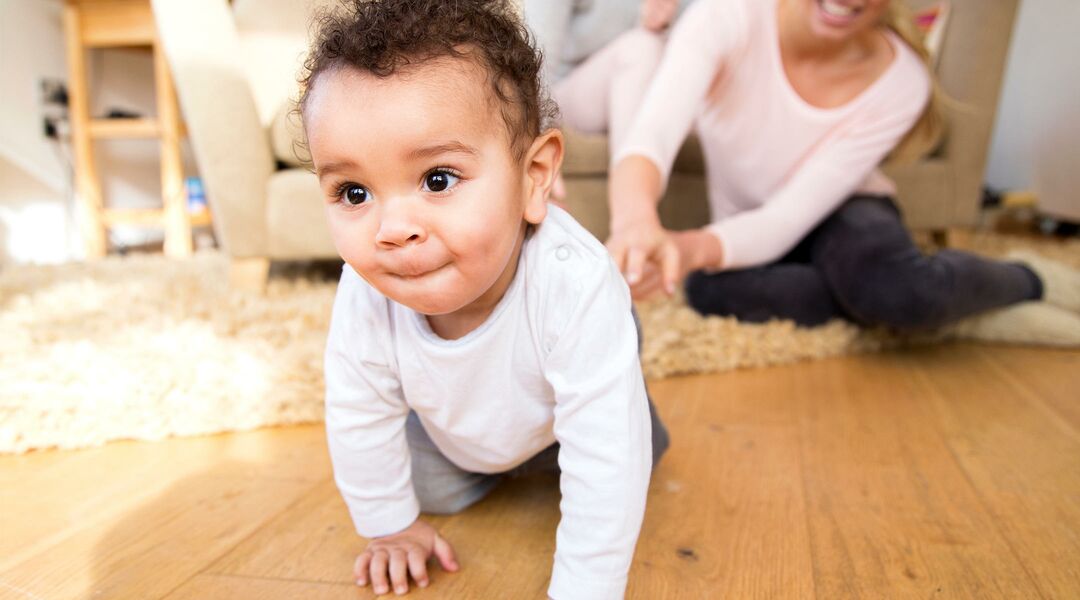 Crawling Babies Are Filthy—Here's Why That's a Good Thing

According to a study from Purdue University, a crawling baby kicks up high levels of dirt, skin cells, bacteria, pollen and fungal spores—especially on carpet. Because of their motions and their proximity to the floor, the amount of these particles that babies inhale is four times the amount and adult would inhale walking across the same floor.

“Many studies have shown that inhalation exposure to microbes and allergen-carrying particles in that portion of life plays a significant role in both the development of, and protection from, asthma and allergic diseases," says lead researcher Brandon Boor. "There are studies that have shown that being exposed to a high diversity and concentration of biological materials may reduce the prevalence of asthma and allergies later in life."

To put these studies to the test for crawlers, in particular, researchers didn’t actually have babies get down and dirty. They created a crawling baby robot to track the air around the baby in real-time.

Their findings? The amount of particles your little dirt monster kicks up while crawling can be as much as 20 times greater than the levels of higher up in the room. And because babies are often mouth-breathers, debris isn’t filtered out by their nostrils—which is the case for adults.

Boor has a feeling this is just what nature intended.

“Such exposures act to stimulate and challenge your immune system," Boor says, explaining too sterile of an environment doesn’t help beef up baby’s immunity.

But hey, maybe you’re a clean freak and worried baby’s not getting enough exposure to dirt and bacteria. Science has another asthma-reducing strategy for you: get a dog.