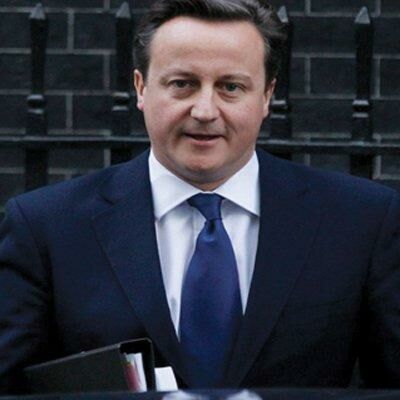 Looks like there’s trouble a-brewin’ across the pond! Prime Minister of England, David Cameron, has gone and done the unthinkable (and the unexplainable!). He’s insulted stay-at-home mothers.

Here’s how it happened:

The British government announced that “working parents earning up to £150,000 each will get up to £1,200 to help with child care because they have a “greater need” than those who do not work,” the Telegraph reports. The scheme  only applies to households where both parents are working or in single parent households where the parent is employed. Under the billion dollar plan, up to 2.5 million families will be able to claim vouchers to help subsidize the cost of childcare.

Britain’s genius policy excludes 1.2 million stay-at-home parents. And to make matters worse, the PM had some very choice words for SAH mums and dads. Good ole’ Cameron’s official spokesman (who will probably be unemployed after all of this — just sayin’!) responded to a comment by press asking if the Prime Minister was concerned that the vouchers penalized SAHMs. And the official spokesman responded on behalf of the PM that the measures were “very important as part of supporting those who want to work hard and to get on.” Uh, sorry — but can you explain again how SAHM or SAHD’s are not working hard? And not getting on? 'Cause to be honest, I’m a little confused.

But here’s the real kicker — the press continued with questions, asking whether or not Mr. Cameron “believed that stay-at-home parents were less in need of state help than working parents.” The spokesman, who officially dug his own grave with this response, said that the Prime Minister wanted to support “aspiration.” AGAIN — SO CONFUSED. How are SAH parents not aspiring?

Never fear! The insults just kept on comin’. The spokesman (can this guy stop talking already?!) added, “The announcement is very specifically focusing on helping those who want to work hard and face the very high child care costs.” He then said that the Prime Minister stressed that the Coalition wants to direct its help at parents “who want to go out to work.”

Let’s pause for a minute here. Where does the Prime Minister — or his quick-to-talk spokesman — come off saying that stay-at-home parents don’t want to go out at work? Perhaps these parents are hardworking but couldn’t afford the cost of childcare, so they made the  difficult decision to become SAH parents in order to support their families the best way they could? Sounds like a definite possibility, doesn’t it?

And not to state the obvious here, but isn’t pregnant Kate Middleton technically going to be a stay-at-home mum once the royal babe makes her debut?

Do these comments upset you?