“I had absolutely no idea that ‘pregnancy shaming’ existed until I announced we had baby No. 4 on the way.”
ByStephanie Grassullo
Associate Editor
PublishedFeb 2019 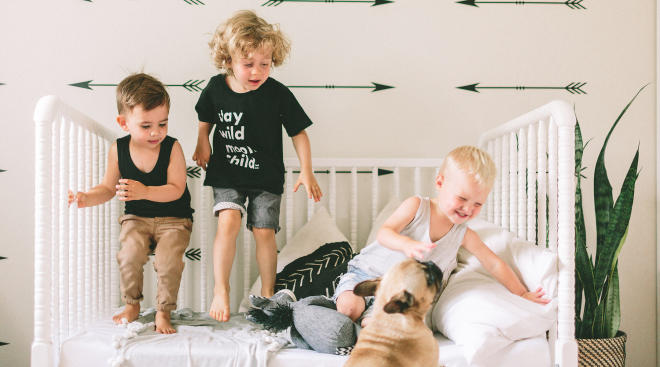 When you became a parent, you probably had no idea how much of your job would be associated with enduring unwanted opinions from others. And one thing people love to poke and prod about is when you’re having kids and how many you plan to have.

Anna Strode is a mom of three and is now pregnant with her fourth child. The fitness influencer was ecstatic to share the news of her baby-to-be with her followers, but the response she got was certainly unexpected.

“I had absolutely no idea that ‘pregnancy shaming’ existed until I announced we had baby No. 4 on the way,” she shares on Instagram.

News flash—the number of kids someone has or plans to have shouldn’t concern you. So tell Joe Shmoe thanks, but no thanks the next time they preach advice you didn’t ask for.

During a time that should be filled with excitement and positive vibes, Strode’s been flooded with criticism. It got so out of hand, she even decided to take a step away from social media.

“I have been criticized, judged and blatantly questioned why we have chosen to have another baby,” she shares. “I’ve had comments and inbox messages saying all sorts of things from ‘wow, surely you’re not pregnant again’ to ‘stop having babies’…and [people] making rude comments about our children being so close in age…”

Strode hopes to clear a few things up. For starters, not only was her baby planned for, but she and her partner tried for months before she got pregnant. And while some may be overwhelmed at the thought of having kids so close in age, she loves it. Just because something may not work for you, doesn’t mean it won’t work for someone else.

“I always wanted four children…I never imagined that doing what my husband and I wanted to do would upset so many people or affect them in any way,” the mom says.

Bus, as Strode says, you can’t please everyone.

Whether someone has multiple kids or only one child, people always have something to say. The next time you feel compelled to dole out advice, think again. You don’t know the personal reasons behind someone’s decision, and it’s not your business either. Try focussing on your family and your happiness instead.