The only way to truly prevent a drowning accident is by keeping your eyes on kids in the pool at all times.
Save article
ByStephanie Grassullo
Associate Editor
PublishedJun 2019 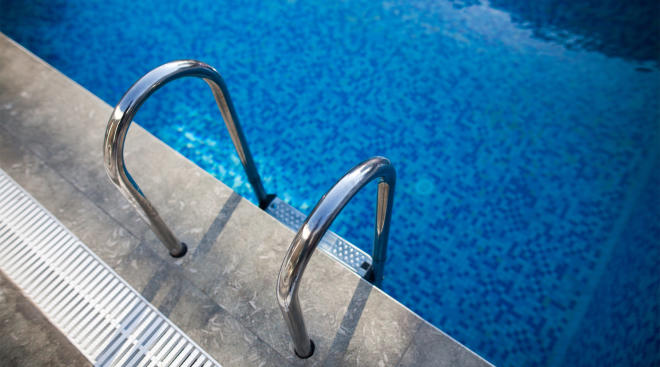 Summer means barbeques, backyards and beaching. But is also means staying on top of surprising summertime dangers, such as swimming. A Georgia family was reminded of this the hard way. Last week, a dramatic video of then 3-year-old Kali Dallis jumping into a pool and nearly drowning made the rounds nationwide. Thankfully, luck was on the youngster’s side, but the story could have easily had a much more somber ending.

The incident took place on May 15 at an apartment complex, according to WSB-TV 2. The child was on a float in the pool when she jumped in and was flipped upside down. Lucky for the little girl, her 10-year-old sister Jayla wasn’t far and rushed to rescue her from the pool.

“I jumped in the pool and I had to grab her by her hair, because that’s the only thing I could reach because she was almost touching the ground,” Jayla tells WSB-TV 2. “She was heavy, so I had to pull her by the hair and then I grabbed her waist and pulled her up.”

Another stroke of luck occurred when a police officer who wasn’t far from the scene ran to the pool to help revive the girl, according to footage from his body camera. Although they were able to revive Kali, she spent two weeks recovering at the Scottish Rite Hospital. After spending her fourth birthday there, she was released from the hospital last week. Her mother Daneshia, who wasn’t at the pool the day of the accident and left her girls in the care of her sister, hopes others will learn from their family’s horrific experience. “I’m fortunate to get to take my baby home after two weeks,” the mom tells WSB-TV 2.

Even the best baby floats and pool floats can’t 100 percent prevent drowning from occurring. Accidents can and will happen, which is why you must always supervise your child when they’re in a body of water. A best practice for summertime safety is to remain within arm’s reach of your swimming children. If you’re at a pool party or spending the day at the beach, assign a water guardian at all times so no child runs the risk of drowning.