They were going to go with ‘Rosie,’ but had a last-minute change of heart.
ByStephanie Grassullo
Associate Editor
PublishedApr 2019 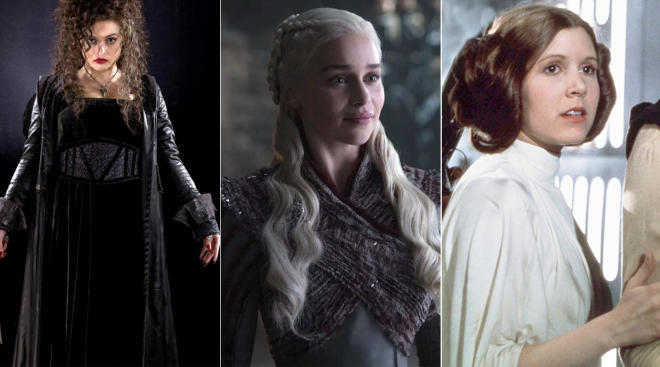 Forget naming your baby after just one of your favorite fandoms. One UK couple gave their child a namesake inspired by three pop culture phenomenons: Harry Potter, Game of Thrones and Star Wars. Give a big hello to Bellatrix Daenerys Leia Davies!

Kay and Glyn Davies welcomed their daughter on New Year’s Day. The couple previously had four children together, but were heartbroken when doctors told them Kay was infertile after undergoing a procedure to remove pre-cancerous cells from her cervix, Metro reports. So when the couple discovered they had a fifth baby on the way, it was even more of a cause for celebration.

For the bulk of her pregnancy, the mom was planning on naming her daughter ‘Rosie,’ but after re-binging every episode of Game of Thrones, she had a change of heart and wanted a more “unique” moniker for her kid.

"I’ve always loved the name Bellatrix since I got into Harry Potter, and then we were watching Game of Thrones and I said to my husband that I wanted to put ‘Daenerys’ in her name as well,” Kay tells Metro. Glyn was all for it, but only if he could get in on the fun too. Choosing ‘Leia’ from his favorite film series, Star Wars, it was a done deal.

The couple isn’t alone. Lots of people turn to movies and TV shows when they’re in search of baby name inspiration. In fact, names inspired by The Hunger Games were super-popular when the cult-favorite flick was in its prime. When you’re in the process of narrowing down names, consider these five points so you can avoid baby name regret down the line.