My 46-Year Journey to Motherhood

From struggling with infertility to single parenthood and surrogacy, one woman’s journey to start a family of her own.
save article 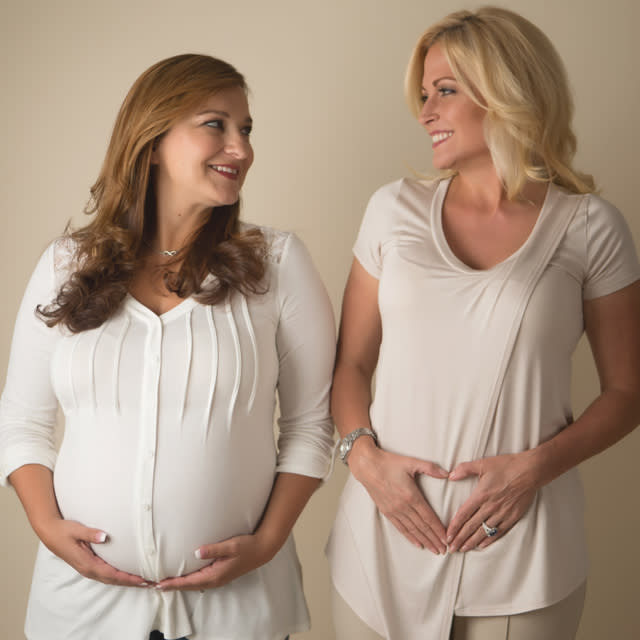 In honor of World Infertility Month in June, The Bump is sharing the stories and experiences of women who’ve dealt with the challenges of infertility and highlighting how each journey to parenthood is different and special.

I knew at a very young age that I was never going to be able to have children of my own. At 16, I was diagnosed with stage four endometriosis. Eight years and three laparoscopic surgeries later, a radical hysterectomy was the only course of treatment that worked for me.

I was perfectly at ease with the concept of adoption, and believed that families were made with the people you love and who love you in return, not based on genetics. As a 25-year-old Seattle transplant living in New York City, I quickly came to realize that not everybody shared my views about family.

Several of the men I dated ended our relationship because I wasn’t able to give them a biological child of their own. It was a very hard lesson to learn, and it was the first time in my life that I felt “less than” based on a physical trait. This would shape the rest of my life, affecting every decision I made—from whom I dated and married to the lifestyle I lived.

I did what most people do, I suppose, and I protected myself. I chose to marry an older man who already had two children and didn’t want anymore. We traveled the world and, for many years, had an incredible life together. I helped raise his two children, a daughter and a son. I always told myself that once his children made me a grandmother, it would fulfill any of my maternal longings. I became a grandmother, and seeing how instantly the baby changed everyone in the family was one of the greatest experiences of my life. But as the years went on, these longings only grew stronger. Then came my “aha” moment: I realized that I couldn’t live vicariously through other people; I wanted a family of my own, whatever the cost may be.

My husband, who was well into his 60s and now a grandparent, didn’t want to start a new family, so we parted ways. It was the hardest choice I have ever made but I knew I had to follow my heart.

At age 45 and on my own for the first time in 20 years, I was headed down an incredibly daunting path to motherhood.

So began the research phase. After meeting with several top attorneys in the fertility world, I quickly learned that adoption would be near impossible for a single woman. Surrogacy wouldn’t be much easier, but at least it was possible.

The surrogacy route opened a whole new world of questions and decisions that needed to be made, plus expenses that came along with each and every phase of the process. I approached it by taking it one step at a time, wisdom imparted to me from my dad: Take on only what you can handle each day and focus on that, and give yourself the respect and love you deserve for being able to take a bite out of the problem, no matter how small.

The first thing I needed was a fertility clinic. There was one I had heard about that I wanted to use, and at the time I had a partner on the journey with me who intended to be the father of the baby. We hopped on a plane for initial meetings and tests. The results were pretty positive, so we moved on to step two: finding an egg donor.

This proved much more difficult. My partner and I had very different ideas about the credentials an egg donor should have, so we had a hard time agreeing on anyone. We used a private search agency that culled all of the donor databases for us and sent us donor candidates who met our requirements. His priorities: an Ivy-educated girl who had scored incredibly high on the SATs. Mine: someone who had proven success as a donor, no health issues in her family history and was creative and athletic like me. Physical resemblance would be a bonus.

After an eight-month search we found a match. She was a first-time donor but we agreed to take a chance on her since she met all of our other requirements. We were thrilled and sent her to the clinic for testing. Sadly, she tested positive for a dangerous genetic disorder and we had to pass on her, letting her know she should be very cautious when beginning her own family planning. I was devastated.

A family member then offered to donate. This was incredible and extremely generous; I would have a genetic tie to my child. I was now feeling hopeful again! We sent her to the clinic for testing, and sadly she was not a good fit for us. It was back to the drawing board.

Three more donors fell through for various medical reasons. I had now been divorced for 15 months and was no closer to having a family. Perhaps because of a combination of stress and different priorities, I parted ways with the man intending to be the father.

It was September 2015, and I was now a single parent trying to have a child. I found a new amazing doctor and clinic in California, the friendliest and from a legal standpoint, the safest state for surrogacy in the country. At the same time, I hired a new attorney I trusted to help with all aspects of the process. She even helped me scan donor profiles while a search team helped me select an egg donor who met my requirements, a sperm donor and a surrogate. In a whirlwind, everything fell into place. My donor agreed to a Skype call, and I instantly knew she was my egg. I sent her to the clinic and received immediate approval to move forward. My chosen sperm donor? A tall, blonde, blue-eyed, athletic medical professional. That was the easiest piece of the puzzle, for sure!

Searching for a surrogate

My search team sent me potential surrogate matches. I fell in love with one of them and listed a second one as a backup. Funnily enough, now they had to choose me. I had to create a profile much like the ones I had been reviewing all this time. I was so nervous. I assumed they would prefer to go through this process on behalf of a married couple with a big house and a country club membership. Here I was: a single, divorced woman living in a one-bedroom apartment in New York City with my two Yorkies. I didn’t think I stood a chance.

Three days later, my second-choice candidate responded yes. I was ecstatic. But I held out for my first choice. Call it a mother’s intuition; it payed off. Diane responded yes and agreed to a Skype call since I was so far away. I knew immediately, as I did with my egg donor, that Diane was who I wanted to go on this journey with. By October, I was in contact with everyone on the team to create a family for myself.

My most surreal moment came during Thanksgiving. The second face-to-face meeting with my surrogate was Thanksgiving dinner with her extended family. After about thirty minutes of pleasantries, her cousin asked me the inevitable, “How did you really meet Diane?” The room went silent.

Diane spoke up. “I am going to help Jennifer have a family, and am really excited and honored to be on this journey with her.” I was so grateful in that moment. Her family welcomed me and embraced our journey together with open arms. In hindsight, I should’ve known that this would be the case—only someone with a great support system and strong family values would even consider this process. 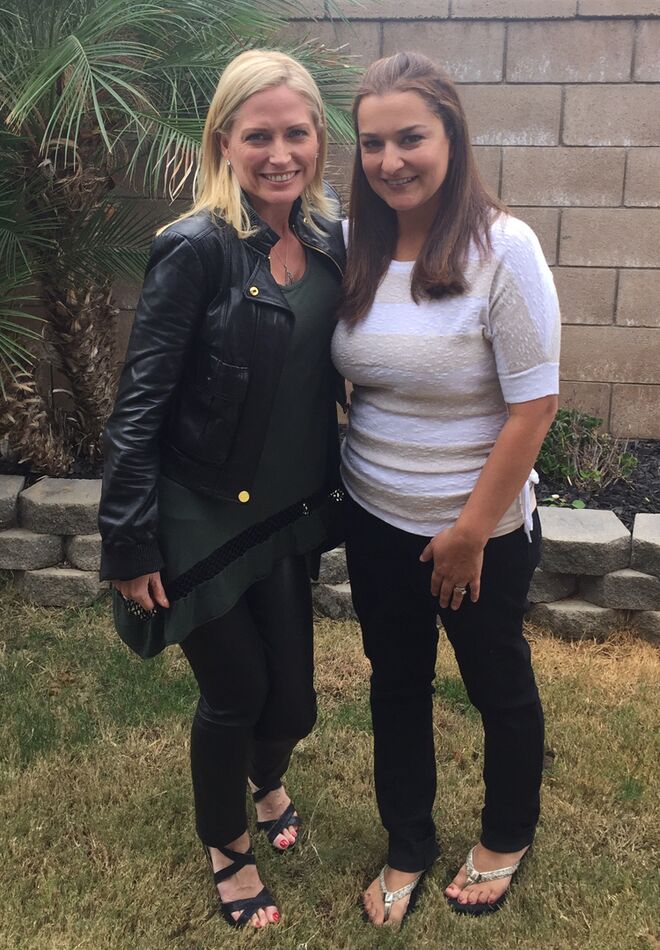 A week later Diane started her medications. We timed the egg donor to cycle in early January 2016, and planned for a mid-month egg retrieval. The donor cycled 23 eggs, 17 of which were considered mature. Of those, 13 were fertilized, and eight made it to the day-5 blastocyst stage. They were sent out for genetic testing and our embryo transfer was scheduled for January 20.

On the morning of the transfer I arranged for an acupuncturist for Diane at the clinic—I heard it increases success rates by 40 percent and I needed all the help I could get! A friend even gifted her with Super Woman socks to wear for good luck. Her husband was even there for moral support. We were covering all the bases.

My doctor came into the room, announcing that I had one perfect embryo and five good ones. I asked him to use the best one, regardless of the sex. I just wanted a healthy baby. Diane took my hand and said, “I’m getting pregnant today!” 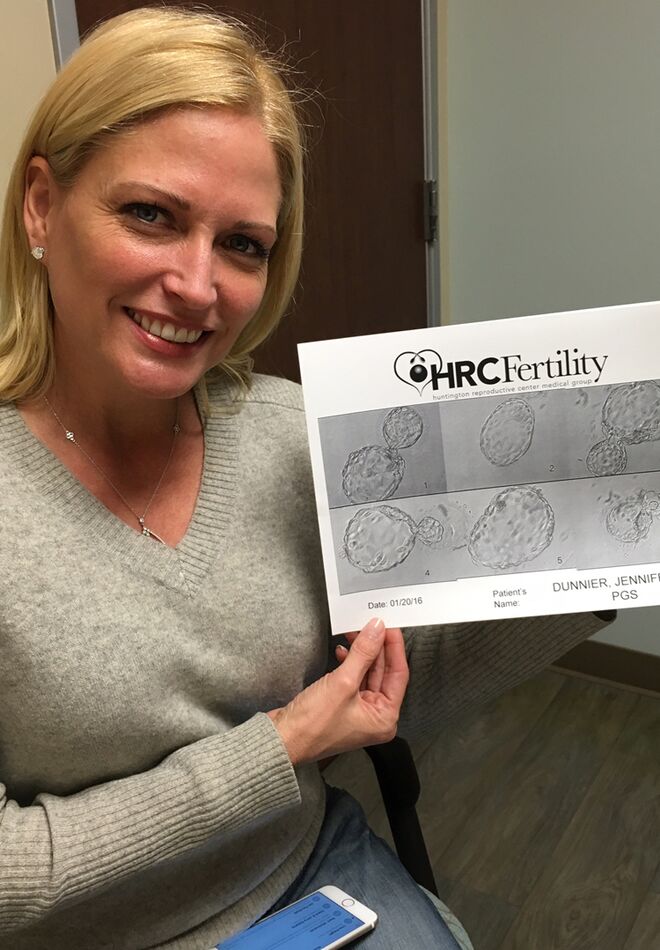 She was right; by January 27, her initial blood work indicated she was pregnant. Her hCG levels were also higher than average, and I knew the unimaginable had happened: The single embryo I had chosen had split and there were twins! Of course, confirmation didn’t come until five weeks later when we saw two heartbeats flicker on the ultrasound screen.

I was in shock that a journey that was so difficult in the beginning was now resulting in two babies. I was so blessed but I’d be lying if I said I wasn’t worried about being a single mom to twins. It wasn’t my first choice, and I do want my boys to have a father, but I want them to have the right father. They need a dad who will love them as my father loved me: unconditionally, deeply, honestly, proudly and protectively.

We are now at week 24 and my babies are both doing great. Because she’s carrying multiples, Diane’s pregnancy is high risk, and she gets scanned every two weeks. She’s my hero and inspiration, always cool and confident that everything will be okay. I want to be as much a part of the process as possible, so I fly across the country for each appointment. We text or talk almost every day, whether that’s a simple “Hello,” “How are you feeling?” or “Are they kicking?”

In a few weeks, I’ll be relocating to California to watch and wait until Diane goes into labor. I’m so excited to meet my angels. I’ve learned there are so many faces of infertility, and each journey to parenthood is awe-inspiring to me. I’ve met so many amazing people on this journey, people I will call friends for life now. To all those who struggle or feel like there is no light ahead, there is! I am proof. I spent my whole life believing, and look at me now: buying a double stroller and two cribs! 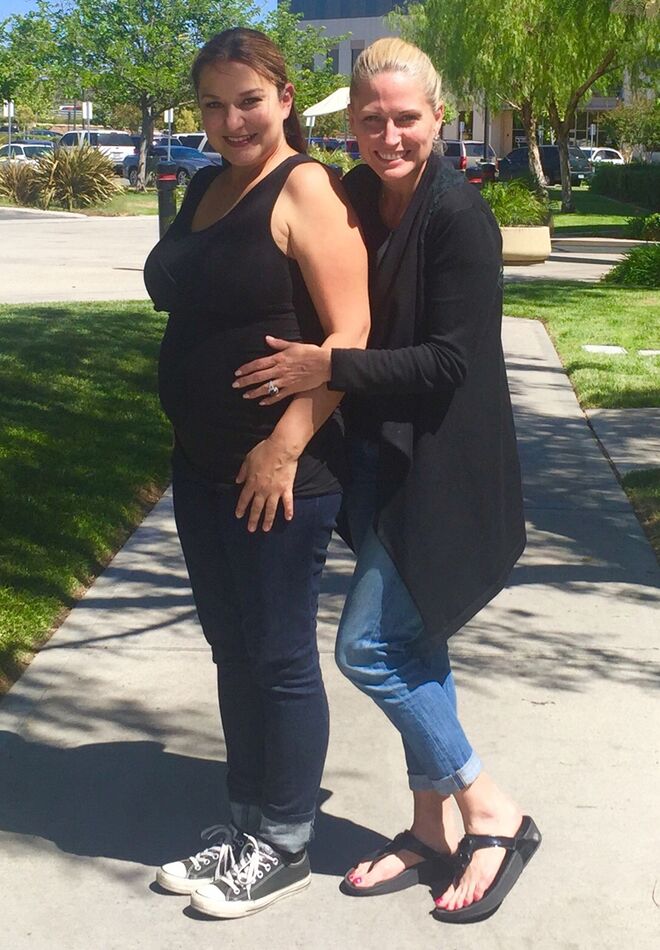 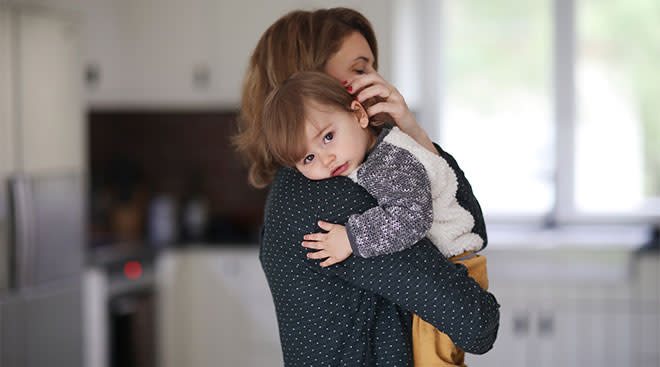 Navigating the Mixed Emotions That Come With Adoption 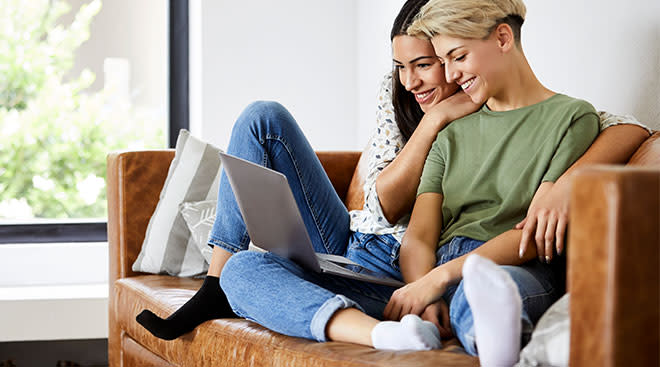 LGBTQ Adoption: How to Navigate Your Rights and Options 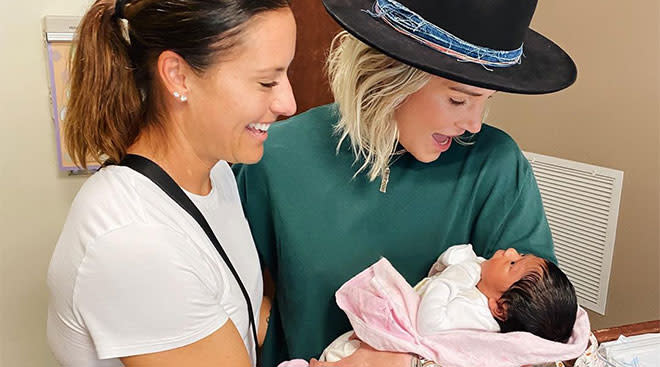