Should You Consider Preconception Genetic Testing?

Find out why some couples should think about genetic testing even before they try to conceive. 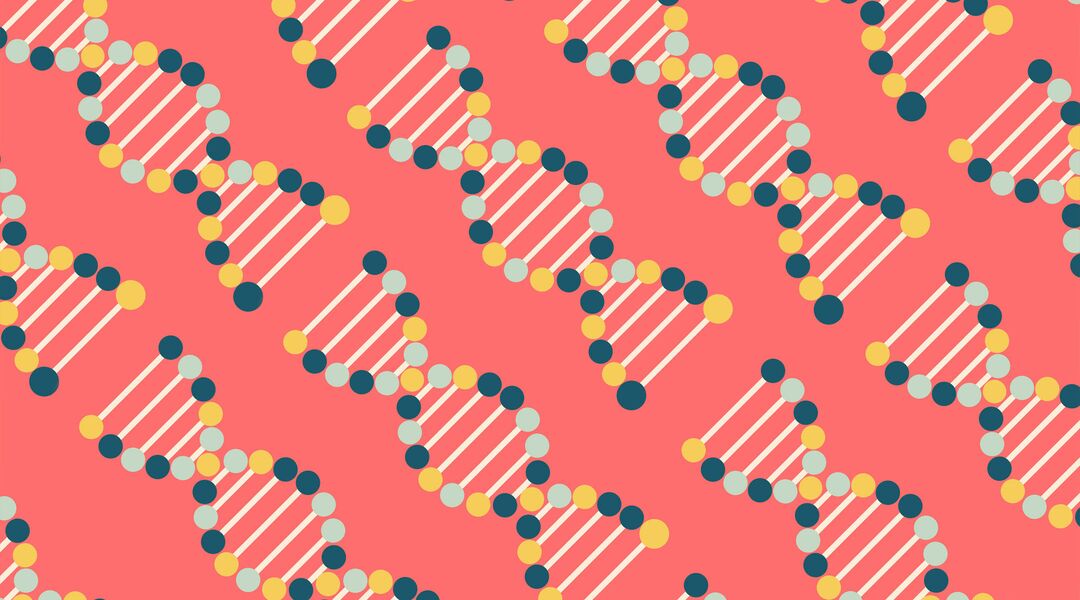 As you probably learned back in high school biology class, a gene is a piece of DNA with chemicals arranged in a specific sequence. When changes occur in those sequences, the genes become mutated and can lead to a variety of genetic disorders. “Carrier testing is done to identify whether or not you’re at risk of having a child with a genetic disorder,” says Lakshmi Mehta, MD, FACMG, a clinical geneticist. You can be a carrier and show no signs of the disease but have the ability to pass it on to your children. The results of these tests will reveal whether you and your partner are carriers and what that means for baby.

Should you consider genetic testing?
If you or your partner have a family or medical history of genetic disorders, you should think about getting tested before trying to conceive. “Certain ethnic groups are particularly at risk of various recessive diseases,” says Robert Klitzman, MD, a psychiatrist and author. Those include:

In the case of some hereditary diseases such as Huntington’s disease, only one parent needs to carry the gene to pass it on. If either you or your partner suspect you might have a family history, you should talk to your doctor about preconception testing as well.

How do you get tested?
The testing process is pretty straightforward, Mehta says. If you’re thinking about getting pregnant, you can schedule a preconception visit with your OB, who will conduct a quick screen of your family history and your own medical history, as well as look at your ethnic background to determine what carrier screening(s) would make the most sense. You’ll get screened first with a simple blood test. If it turns out you’re a carrier for something, then your partner would be tested for that same disorder. If you both test positive, your doctor will then refer you to a genetic counselor, who can tell you more about the disorder and help you make informed decisions.

What kinds of tests are there?
The American College of Medical Genetics and Genomics and the American College of Obstetricians and Gynecologists generally recommend testing for only a small number of diseases: cystic fibrosis, spinal muscular atrophy, AJ panel, and Fragile X syndrome, plus those recommended for specific ethnic groups.

There are two types, or levels, of testing:

How much does it cost?
The out-of-pocket cost for genotyping is, on average, $5,000. Most insurance companies cover it, though individual plans and deductibles will vary, so you’ll need to check. Sequencing costs considerably less—around $2,000—since your partner only needs to be screened for the specific diseases for which you may have tested positive.

The results
“If it turns out both you and your partner are carriers of the same recessive disease, you’ll have a 25 percent chance of having a child born with that disease,” Mehta says. While one in three to four people comes back a carrier for something, it’s much rarer—and harder to pinpoint numbers—for both people to be carriers. If only you test positive, there’s no need to worry—baby will be fine (though he might be a carrier, something for him to know when he decides to start his own family).

If you both test positive, a genetic counselor will walk you through the choices. “Pre-implantation genetic diagnosis (PGD) is a good option for couples who would not consider terminating a pregnancy,” Mehta says. “It involves going through an IVF and testing an embryo for that genetic condition before it’s implanted into the uterus." The second option is to go ahead and try to get pregnant and then test the fetus at 10 to 12 weeks, to determine whether it’s affected. “But in this case the couple then faces the dilemma of whether or not to terminate,” Mehta says. Sperm or egg donation and adoption are other options to think about too, but these are rarely pursued, Mehta says. In addition, parents-to-be should consider sharing test results with family members since there’s a 50 percent chance siblings are also carriers, Klitzman says.

The pros
“Though the risk of the child having a recessive disease is small, these diseases can be devastating to children,” Klitzman says. Mehta adds, “Being screened well ahead of pregnancy means the couple can review all their options. Also, testing occasionally detects an affected person who’s unaware they have a disease.”

The cons
“Most genetic disorders are incurable, leaving a couple with a very hard decision—whether or not to terminate the pregnancy,” Mehta says. Or whether to TTC at all. “My feeling is that everyone is hopeful,” Mehta says. “You have a 75 percent chance of having an unaffected child. Most couples go ahead and try and see what happens.”

Experts: Robert Klitzman, MD, professor of psychiatry and director of the Bioethics Masters and Online Certificate and Course Programs at Columbia University, and author of Am I My Genes?: Confronting Fate & Family Secrets in the Age of Genetic Testing; Lakshmi Mehta, MD, FACMG, director of the Clinical Genetics Program at Mount Sinai Medical Center and Icahn School of Medicine at Mount Sinai in NYC

Your Guide to Genetic Testing During Pregnancy

What Is Amniocentesis?
ADVERTISEMENT

Sonogram vs. Ultrasound: What’s the Difference?

3D Ultrasound: Why It’s Used and What You Can Expect to See
ADVERTISEMENT