A super-sweet drink and some blood work will help determine if you have gestational diabetes. By the time you reach the end of your second trimester, you’re probably used to being poked and prodded. Ultrasounds and blood draws are par for the pregnancy course. But there’s another upcoming appointment you’ve probably heard some mixed things about: the glucose test.

As if pregnancy isn’t sweet enough, around week 24, you’ll have to chug a syrupy drink to measure your body’s response to sugar. Pass this preliminary glucose test, and you’re generally considered good to go. But get abnormal results, and you’ll have to do the whole thing over again—except this time, instead of waiting at your doctor’s office for an hour and getting one blood test, you’ll need to have your blood drawn four times over the course of three+ hours.

Neither the one-hour glucose challenge screening nor the three-hour glucose tolerance test are particularly enjoyable experiences, but they’re important. They can determine if you have gestational diabetes, a condition in pregnancy that occurs when your body can’t regulate its blood sugar levels. Gestational diabetes comes with risks for Mom and baby, so getting a timely diagnosis means better care and improved outcomes. In other words, you’ll need to suck it up and drink it down. Here’s what you need to know about the glucose challenge screening and glucose tolerance test.

What Is a Glucose Test During Pregnancy?

Glucose tests are used to screen for and diagnose gestational diabetes. They measure how efficiently your body processes sugar, which is key, since pregnancy hormones can affect this natural regulation process. Gestational diabetes is one of the most common pregnancy conditions; up to 10 percent of pregnant women in the US develop it, according to the Centers for Disease Control and Prevention (CDC). Left untreated, gestational diabetes has some potentially dangerous consequences. An increased chance of preeclampsia, preterm labor and c-section are among the risks Mom may face. What’s more, baby may be born at a higher birth weight or with complications, such as respiratory distress or low blood sugar. Fortunately, proactive monitoring and treatment can help ensure you and baby stay healthy and safe. Suffice to say, the glucose test is a small price to pay.

So exactly what is a glucose test—and what does it entail? First, it’s important to clarify that there are actually two different glucose tests during pregnancy: The first is a screening that identifies if you’re at an elevated risk for gestational diabetes. If the initial glucose blood test shows that you’re not processing sugar quickly, you’ll move on to the second, more involved glucose tolerance test. The latter is diagnostic, meaning you’ll have a definite answer.

Both involve drinking a glucose test drink within a set timeframe and then, after a specific amount of time has passed, getting your blood drawn; timing varies depending on the type of test you’re taking. “Sometimes there are different flavors offered and it’s pretty sweet tasting,” says Christine Greves, MD, an ob-gyn at the Winnie Palmer Hospital for Women & Babies in Orlando, Florida.

The one-hour glucose challenge test is the first step in determining if a mom-to-be is at risk for gestational diabetes; it’s recommended for all pregnant women. Your ob-gyn or midwife might schedule this initial test some time between 24 and 28 weeks, says Christian Pope, DO, an ob-gyn at St. Luke’s Hospital in New Bedford, Massachusetts. The process is simple, he explains: “You’ll be given a small drink, which is 50 grams of glucose, to drink within five minutes.” One hour later, your glucose blood level will be checked with a blood test. If your glucose test results are within the normal range, you’re in the clear, and you most likely won’t have to consume that cloying concoction again.

If your results are higher than the normal range—or, in some cases, right on the border—you’ll need to move on to the next step: the three-hour glucose tolerance test, which can offer up a confirmed diagnosis. (More on that here.)

How to prepare for the glucose challenge screening test

The good news is that you don’t really need to do much of anything to get yourself ready for this glucose screening test. “We want to see how your body responds naturally to glucose, so just eat what you would regularly eat or drink,” advises Greves.

Pope echoes this recommendation, but stresses that having long-term healthy lifestyle habits can ultimately improve your chances of passing: “There really is no preparation besides trying your best to always eat as healthy as you can, and exercise routinely. This helps with glucose metabolism.”

Still, if you’ve been doing your own internet sleuthing to figure out what to eat before your glucose test—or in the hopes of sourcing hacks to help you pass the test—know that any touted tips are unproven and ill-advised. “Patients always try and ‘trick the system’ to try and pass the test. There’s no secret to this,” says Pope. What’s more, you shouldn’t want to cheat; if you’re at risk for gestational diabetes, you need to know so you can take the necessary next steps.

There is one practical planning tip you might consider: Bring a plus-one to your appointment, if possible. “Consuming that amount of sugar and liquid at once can result in some women feeling unwell,” advises Stephanie Klein, RD, LDN, a registered dietitian and the clinical director of diabetes prevention and reversal at Simplex Health. “For women completing the test for the first time, I’d suggest having someone accompany them to their appointment in the event they don’t feel well afterwards.” What’s more, she suggests having a protein-rich snack at the ready to eat following your test. This can “help stabilize the blood sugar, which may also help with feeling better,” she explains.

There are some standard benchmark numbers used to separate those considered at low-risk for gestational diabetes from those who need to graduate to the three-hour blood glucose tolerance test. So what’s the one-hour glucose test normal range? According to the Mayo Clinic:

Don’t panic if your doctor or midwife informs you that your one-hour glucose test number comes back elevated (between 140 mg/dL and 190 mg/DL). It doesn’t necessarily mean you have gestational diabetes. “This is just a screening test, and nearly 25 percent of patients fail this initial test,” says Pope. “A confirmatory three-hour glucose test is next.”

Clear your morning schedule; if you’ve been tapped for the glucose tolerance test, you’re going to be otherwise occupied for a while. So what’s the process this time around? First you’ll have your blood drawn for a fasting level, says Pope. After that, you’ll drink 100 grams of glucose and then have your blood drawn one hour later, two hours later and three hours later.

How to prepare for the glucose tolerance test

Since you need a fasting number this time, you’ll have to skip food and drinks (other than water) for eight hours before your appointment, Greves says. Other than that, there’s little to nothing you can or should do to prepare. Pack a book, charge your phone and try not to focus on your growling tummy.

How to pass the glucose tolerance test

It’s a marathon, not a sprint—so, once again, there are no shortcuts that can help you pass the tolerance test. Of course, leading up your pregnancy, you can “try and stay active, exercise, eat healthy and assure you aren’t overweight,” advises Greves.

So what constitutes a passing grade? The numbers are a bit different for this test. The Mayo Clinic breaks down the benchmark glucose levels doctors use to diagnose gestational diabetes after the glucose tolerance test:

If one of the four results is higher than expected, your doctor may recommend taking the test again in a few weeks. If two or more return high, you’ll be diagnosed with gestational diabetes, says the Mayo Clinic.

So what happens if the glucose tolerance test determines you have gestational diabetes? “Don’t worry; you’ll likely meet with a nutritionist [who will] help guide you through your pregnancy with a balanced diet, and will closely monitor the ratio of carbohydrates to protein to fats and sugars you are consuming,” says Pope. You’ll also have to check your blood glucose levels with a home glucometer four times a day (your fasting number in the morning, plus an hour or so after each meal), explains Greves. If diet alone doesn’t help rein in your blood glucose numbers, insulin may be necessary, says Klein, who emphasizes the medication’s safety and efficacy.

The silver lining of a gestational diabetes diagnosis? You’ll get to see baby’s sweet face more often. “Given the potential risks associated with /[gestational diabetes] in pregnancy, such as a large baby—called macrosomia—you’ll likely get ultrasounds to monitor fetal growth,” Pope says.

Alternatives to the Glucose Test During Pregnancy

Glucose tests are considered the gold standard for diagnosing gestational diabetes, and doctors strongly recommend that all women get the initial screening. “However, we recognize that in some circumstances, including women who’ve had bariatric surgery, performing these tests may not be possible,” says Greves.

Klein acknowledges that people may have trouble tolerating the highly concentrated drink. (We’ve known moms-to-be who just couldn’t keep that syrupy solution down.) She says that, instead, they may be able to use a glucometer at home to regularly self-monitor their levels and “assess if there’s any blood glucose dysregulation.” She adds that some doctors will allow alternatives to the Glucola beverage if it’s something equivalent to 50 or 100 grams of glucose. “Another form of simple sugar, such as jelly beans or fruit juice” may be acceptable, she says. Of course, protocols vary by practice, and Klein and Greves stress that you’ll want to discuss options with your doctor. They may want you to stick with the tried-and-true oral glucose tolerance test.

The initial glucose test during pregnancy is par for the course for moms-to-be. And those that need to carve out the time for the three-hour glucose tolerance test will come to realize that some minor unpleasantness is no big thing if it means keeping you and your little one on the path to a healthy delivery. We’ll drink to that.

Christine Greves, MD, is an ob-gyn at the Winnie Palmer Hospital for Women & Babies in Orlando, Florida. She received her medical degree from the University of South Florida.

Christian Pope, DO, FACOG, is an ob-gyn at St. Luke’s Hospital in New Bedford, Massachusetts. He received his medical degree at the Philadelphia College of Osteopathic Medicine.

Stephanie Klein, RD, LDN, CDCES, is a registered dietitian and the clinical director of diabetes prevention and reversal at Simplex Health. Your Guide to Genetic Testing During Pregnancy 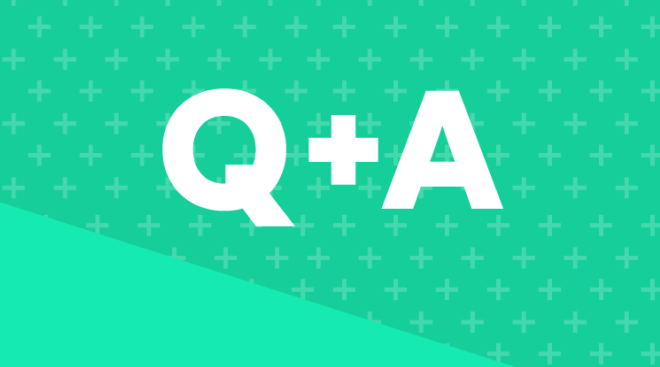 Why I Skipped an Amnio Even Though I Was High-Risk
ADVERTISEMENT
ADVERTISEMENT
Article saved.Go to My Saved Articles
Article removed.
Name added. View Your List