Newer methods may be less invasive or offer earlier insights, but amniocentesis remains a gold standard. Here’s what you need to know.
Save article
ByRachel Morris
UpdatedOct 2017 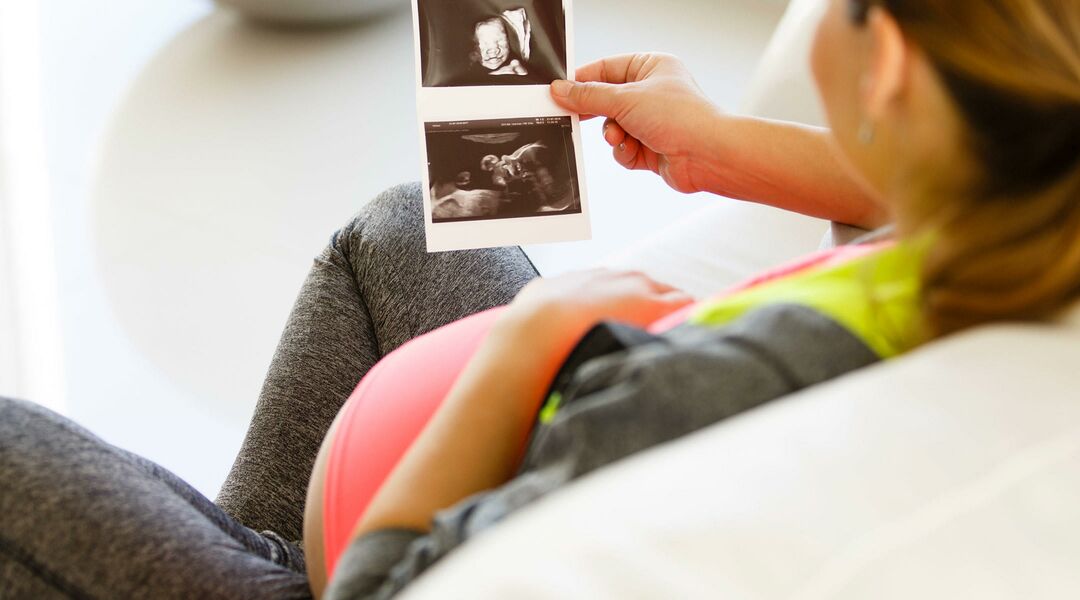 You have countless decisions to make when expecting. Some of them are easy (paint the nursery green or yellow?), while others are more challenging. One of the more difficult decisions many moms-to-be face is whether to have an amniocentesis, aka amnio. Exactly what is amniocentesis, and what are the amniocentesis risks? Read on to learn more.

A clean, pale yellow liquid called amniotic fluid surrounds your growing baby. Not only does the fluid help protect the fetus against injury and infection, but it also holds a wealth of information about baby’s health. That’s because the fluid captures cells shed by the fetus that can be used for diagnosing genetic disorders.

To access these cells and the genetic information stored within them, pregnant women have the option to undergo an amniocentesis test, which requires removing a small amount of amniotic fluid from the uterus.

An amniocentesis is by no means obligatory. But women at a greater than usual risk for birth defects—whether because they’re age 35 or older, have a chromosome abnormality themselves or have previously conceived a child with a genetic disorder—will typically be offered an amniocentesis. Your doctor may also recommend an amnio if your results from a triple or quad screen test or a noninvasive prenatal test (see below) require a more precise assessment.

What does amniocentesis test for?

Typically performed between the 15th and 20th weeks of pregnancy, an amniocentesis is used to diagnose chromosomal disorders in the unborn child, such as:

· Down syndrome · Anencephaly, a condition in which the fetus is missing a portion of the brain · Neural tube defects · Sickle cell anemia · Rare metabolic disorders that can be genetically inherited

An amniocentesis can also be performed later on in the pregnancy to determine whether a premature baby’s lungs are ready for birth or to check for fetal infection.

How Is an Amniocentesis Done?

An amniocentesis may sound scary, but in reality it’s a pretty simple procedure. “I tell patients that when I had my amnio, I was nervous too, but was surprised by how easy it was,” says Britton Rink, MD, chair of the American College of Obstetricians and Gynecologists’ Committee on Genetics.

Here are the typical amniocentesis steps:

1. The doctor first uses an ultrasound to determine the position of the fetus and finds the best spot from which to remove amniotic fluid.

2. Your abdomen is cleaned with antiseptic. Some doctors may even inject a numbing medication, Rink says.

3. A thin, hollow needle is inserted through the belly and into the uterus and amniotic sac. Don’t worry, your doctor is also carefully monitoring baby’s vital signs throughout the entire process, and she’ll make sure the fetus doesn’t move toward the needle. You may experience cramping during and a few hours after the procedure.

4. The doctor uses a syringe to withdraw a small amount (normally, no more than an ounce) of amniotic fluid and then removes the needle. She’ll place a bandage on the needle site.

Now you’re done! The entire procedure takes between 30 seconds and 2 minutes. Afterward, your doctor will pack the fluid into a special container and send it off for testing. Results usually arrive in two weeks, at which point you can discuss them with your doctor or a genetic counselor.

What happens after amniocentesis?

If you can, it’s best to go home and relax for the rest of the day following an amniocentesis. “Similar to how your arm may be sore after a flu vaccine, your belly may be slightly bruised or sore, and a little bit of spotting and cramping is normal,” Rink says. However, if you lose fluid, experience progressive bleeding or have a fever greater than 101 degrees Fahrenheit, let your doctor know.

While an amniocentesis is a fairly straightforward procedure, it does come with a slight risk of miscarriage. Of course, even the slightest chance of losing your baby is understandably terrifying, but it’s important to know, Rink says, that when the amniocentesis test is performed during the second trimester, the miscarriage risk is about 0.3 percent (or 1 in 300); this isn’t much different than the normal risk of miscarriage during this stage of pregnancy. Rink also points out that actual amniocentesis risks may be much lower—in the neighborhood of 1 in 500 or 1 in 1,000, according to newer statistics. One study found the rate to be even more like 6 in 10,000.

So just how accurate is amniocentesis? In a word, very. The amnio test has a greater than 99 percent accuracy rate for diagnosing Down syndrome and only slightly less for other genetic disorders. But it doesn’t identify all birth defects, such as autism, hearing disabilities, cleft lip or heart problems. In addition, 99 percent is not 100 percent, so there’s an extremely rare (though possible) chance of a false positive or a false negative.

Chorionic villus sampling—or CVS—is another diagnostic prenatal test that can determine if a baby has a genetic disease. Instead of collecting amniotic fluid, the CVS procedure obtains a small amount of placenta tissue, by inserting either a tube through the cervix and into the placenta, or a needle through the abdomen into the placenta. The risk of miscarriage with CVS is similar to that of an amniocentesis, says John Williams, MD, director of reproductive genetics at Cedars-Sinai Medical Center in Los Angeles. The main difference is that the CVS is done earlier in pregnancy, typically between weeks 10 and 13.

Expecting parents may also be offered noninvasive prenatal testing (NIPT). These blood tests carry no risk to the fetus, but unlike amniocentesis and CVS—which are diagnostic tests that determine whether or not your baby has a disorder—NIPT is simply a screening test that indicates the risk that your baby could have a disorder. If your NIPT raises concern, your doctor will recommend an amniocentesis or CVS. It’s important to make big decisions about your pregnancy only on the result of these diagnostic tests, Williams says.

Is an Amniocentesis Right for Me?

Only you can decide. Ultimately, you and your partner know best whether or not you want to be told if your unborn child has a genetic disorder. If you need help coming to a decision, have a conversation with your doctor or genetic counselor. For parents who want a clear yes or no answer about whether your baby has a genetic disorder, the amnio test may be right for you. Based on the results, you can plan ahead for life with that child or decide to terminate the pregnancy.

Remember, while an amniocentesis is very accurate at diagnosing certain abnormalities, it has its limits, says Angie Jelin, MD, an assistant professor of gynecology and obstetrics at Johns Hopkins Medicine in Baltimore. As she says, “No test is going to be perfect.”