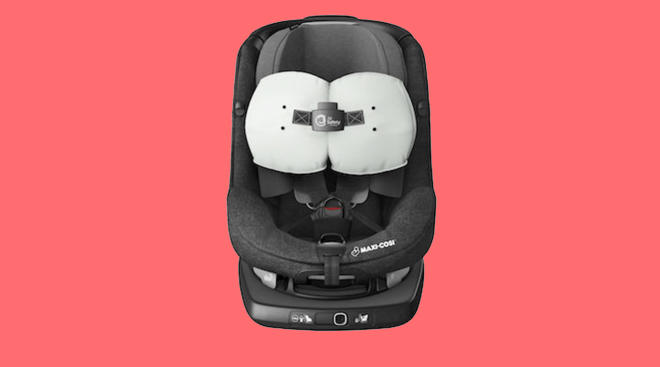 From load legs and anti-rebound bars to the comfiest cushioning, car seat safety is a constant game of innovation. And Maxi-Cosi just completely changed the game, creating the first-ever car seat with built-in airbags.

The Maxi-Cosi AxissFix Air is a convertible car seat that uses a CO2 cartridge stored in the back of the seat to inflate airbags within 0.05 seconds of a crash. The airbags deploy from the seat’s shoulder pads, reducing the force on a child’s neck and head in the event of a frontal collision by 55 percent.

Maxi-Cosi parent company Dorel Juvenile unveiled the new car seat at Kind + Jugend, an international trade show, in Sept. 2017, taking home an award for the “World of Traveling Kids” category. Now, it’s available for sale in stores across the UK.

“We are convinced that car seats with integrated airbags will become a new standard in terms of innovation and safety of children in cars,” says Jean-Claude Jacomin, President & CEO of Dorel Juvenile, in a press release.

Worried that airbags inflating would apply too much force to baby? While it’s probably safe to assume that’s been tested against, it’s also worth noting these bags deflate one second after the impact.

“Years ago we began exploring if and how airbags could better protect a child’s head and neck in forward facing seats,“ says Eric Viollette, Research and Development director at Dorel Juvenile Europe. “Successful applications in airbag technology gave inspiration, such as the airbag jackets for motorcyclists and airbag seat belts in ultralight aircraft that inflate during a collision.”

The AxissFix Air is available for $783.