“I want her to know she has a choice. She never has to stay quiet for someone else’s benefit. And if someone is offended by her boundaries, that’s their problem.”
facebook
twitter
copy link
share
save
ByNehal Aggarwal
Associate Editor
PublishedDec 2019 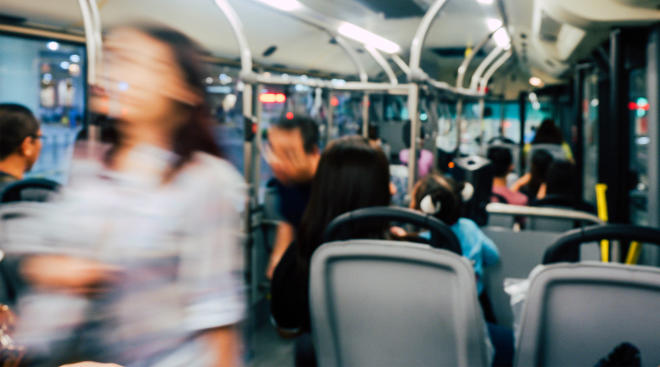 No means no. The past decade has certainly brought the importance of this notion, in several contexts, to center stage (about time!). But it’s something that children should be taught from the get-go—not only to be respectful of others, but also to feel confident enough to speak up when someone or something makes them feel uncomfortable. Now, one mom is going viral for teaching her daughter “stop means stop” and “no means no” in the best way.

Nicole Bescoby, a mom to three from Greater Manchester, England, was riding the bus when a man chose to sit next to her elementary-aged daughter, Ellie, despite the fact that the bus wasn’t all that crowded. He then persisted to ask her daughter questions, which Bescoby knew were making Ellie feel uncomfortable. She decided to make small talk with the man instead, but he continually tried to get Ellie’s attention with questions like, “Are you looking forward to Christmas?” and “Cat got your tongue?”

When Bescoby finally explained to him her daughter wasn’t in the mood to talk, the man said Ellie needed to be taught some manners. “‘She hasn’t been impolite. She doesn’t have to talk to you!’ I said to him,” Bescoby wrote in a Facebook post following the incident. “I turned to my daughter and spoke clearly so she could hear and so that he could hear too… ‘Sweetie, you do NOT have to speak to this person. People do NOT get to make you feel bad. You can tell him to stop and if he doesn’t listen then HE is wrong and you can make sure he knows it! If people like this don’t listen you can shout ‘Stop, right now! Leave me alone’ and you keep shouting it until they hear!’”

She continues in her post, “I want her to know she has a choice. She never has to stay quiet for someone else’s benefit. She is powerful and she is able to say STOP. I want her to know Stop means STOP… And No means NO… And if someone is offended by her boundaries, that’s THEIR problem.”

While Bescoby didn’t believe the man posed a danger to her daughter, she didn’t appreciate him pushing Ellie’s boundaries. “It’s nice to be friendly, it’s nice to chat if you want to, but it’s OK to say no and other people should respect that. I hope it will empower others to teach their children this lesson and I hope it gives those who do these things some food for thought," she told TODAY Parents.

Her message is definitely resonating with others. Her post has gone viral, with 40,000 reactions, 54,000 shares and 3,300 comments. “I’m inspired by this. Thank you for sharing your experience. Well done being everything your daughter needed in that moment,” one woman wrote, while another commented, “You are an example to me. Our children have the right to have their boundaries and wishes respected and in so doing, it helps them respect other’s boundaries too I think.” Another, still, shared, “You’re so right, and yes, I remember feeling the way you, and your daughter felt. We are always putting other people’s feelings before our own. Time to change this. Well done!”

Even more impressive is that Bescoby has these conversations with her children as an important part of daily life. “We have these kinds of discussions almost daily,” she told TODAY Parents. “Bodily autonomy is hugely important to us. I want [my kids] to know that no one is allowed to force you to do anything that makes you feel uncomfortable."