The average mom conducts 330 frantic Google searches during the first year.
save article 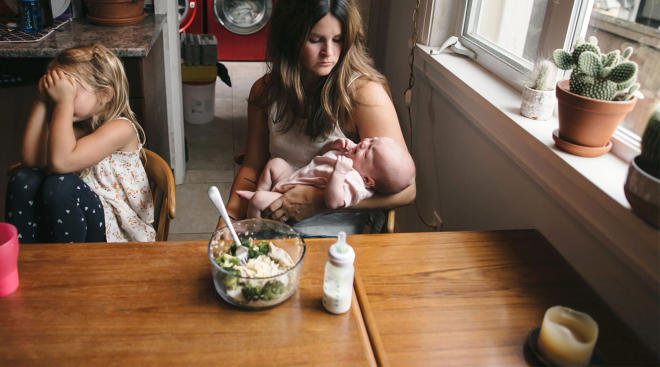 Motherhood and worrying go hand in hand. And nothing compares to the constant state of concern most moms find themselves in during baby’s first year. In fact, moms spend more than 1,400 hours worrying about their newborn’s health during the first year, according to a survey conducted by OnePoll on behalf of Mead Johnson Nutrition. That’s more than eight weeks spent doing nothing but worrying.

There’s a wealth of information out there and just as much as it can help you, it can also do some harm. On average, a mom conducts 330 Google or Internet searches about baby’s health, and makes 337 frantic calls or texts to her own mother about symptoms baby is experiencing and what they mean. It’s natural to feel like you’re unprepared to parent, but rest assured knowing this period of uncertainty is nothing new. Even those confident grandparents and great-grandparents once had to learn the ropes of curing nasty diaper rashes or fighting off the stomach bug. Becoming a mom is all about being thrown into unchartered territory and learning just by living it.

Wondering about the most common concerns that are top of mind for the majority of new moms? The survey revealed parents worry the most about their infant’s overall health. Other concerns that follow closely behind are whether or not baby is reaching major milestones at the right age, if baby is getting the right amount of milk or formula, and if their little one is growing and developing at a regular speed.

According to the survey, allergies—which was a large focus of the research—are also another area parents dwell on, but only 55 percent of mothers know there are ways to help reduce the likelihood of baby’s future allergies. Specifically, 76 percent of pediatricians report that new parents are lacking information about allergies.

“Allergies are on the rise, especially food-related allergies in infants and children. Babies with cow’s milk allergy are particularly susceptible to other allergies later in life–a phenomenon known as the allergic march. It’s vital that parents recognize and manage the allergy symptoms early to reduce the likelihood of a child’s future allergies,” says Jonathan Malka, MD, FAAAI, Director of Allergy and Immunology at Pediatric Associates.

Allergy issues tend to fly under the radar because a lot of times, parents don’t realize the symptoms when they’re present. For example, while most parents know diarrhea may be the cause of baby’s allergy to cow’s milk, less than 40 percent of moms recognize colic and hives or rashes as another symptom. Don’t be afraid to consult with your pediatrician and ask them to weigh in—whether it’s on allergies or any of your other concerns. They’re there to help you and baby thrive. 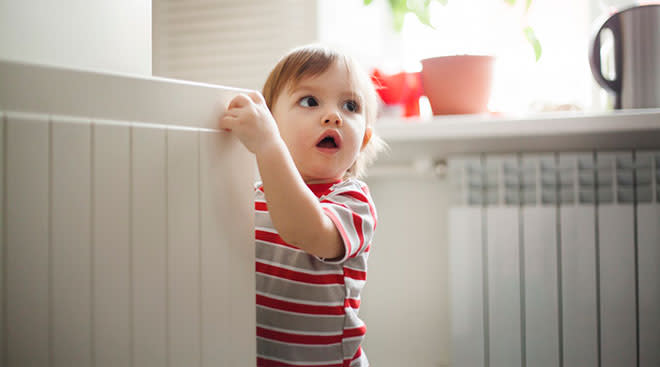