The startup is under fire for marketing makeup designed for kids as young as 4 years old.
ByStephanie Grassullo
Associate Editor
PublishedDec 2018 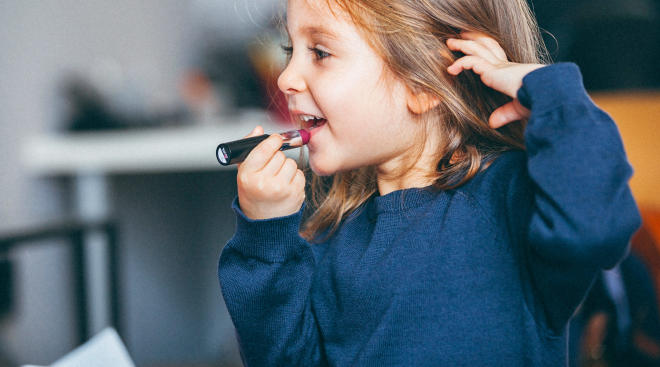 The debate is currently a hot topic following the launch of Petite ‘n Pretty, a new beauty brand which targets kids as young as 4 years old. The company uses social media influencers and ads featuring little kids to attract the attention of a younger clientele.

Not to mention, the name is pretty controversial in and of itself. If you ask the founder, Sam Cutler, about the brand’s namesake, she’ll explain her makeup uses “petite-sized features, where each shade and formula is developed to be age-appropriate.”

But many parents are still pretty appalled, and find the company name to be superficial and harmful to young kids’ minds.

One beauty expert, Anne-Marie Guarnieri, who works for Surratt Beauty, chimes in. “Is that a good name for something aimed at 4- to 13-year-olds,” she asks.

Others agree, and have also taken to social media to voice their opinions.

“How is this a thing? When I was a youngster, I used CVS makeup,” comments Twitter user Nadine DeNinno.

Parents on the other side of the fence say most kids are going to play with makeup regardless, and it’s up to their parents to make this decision.

“I think the Petite 'N Pretty name could be tweaked. I think the intentional and focused gendering of the brand image is outdated and harmful,” says Tamara Moon-Graves in a recent Tweet. “But at the end of the day, parents will buy makeup for their kids to play with. Not all. But many. And that’s their choice.”

No matter where you stand on the argument, keep in mind the American Academy of Pediatrics’ recent toy recommendation: a cardboard box.