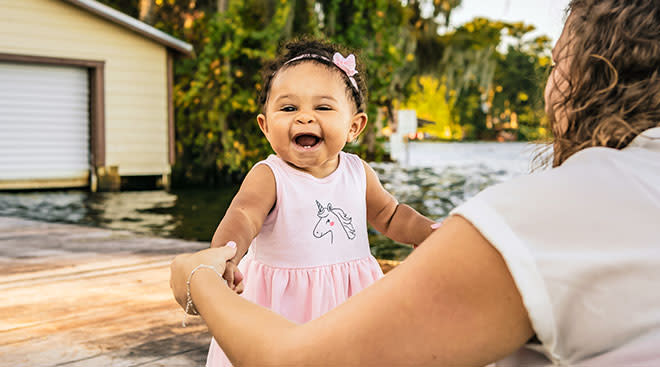 Having back-and-forth conversations with toddlers is linked to higher IQ scores and language skills later in life, a new study says. It stresses the importance of giving toddlers the chance to respond, even if they aren’t forming real words yet.

The group of researchers used turn-taking conversations, meaning parents and toddlers engaged in back-and-forth talk, with kids 18 to 24 months old to see how it affected IQ and language skills 10 years later. The results suggest a language experience during this age window may predict later development.

The study audiotaped parents and children for 12 hours daily, and analyzed the recordings with a software that uses automated analysis to quantify words, vocalizations and interactions. Study participants who were audiotaped as toddlers then underwent educational testing at age 9 to 14 years.

Verbal interactions were positively associated with these outcomes for those taped at 18 to 24 months. Interestingly, cognitive outcomes were not found in kids taped at 2 to 17 months and 25 months and older. Researchers say this may be because 18 months is usually the “most sensitive period” for early language experiences.

“Although little is known about the neuronal mechanisms underlying accelerated vocabulary acquisition after 18 months of age, the existence of sensitive periods for language acquisition suggests that brain architecture may be differentially receptive to environmental input at different periods in early childhood,” the study explains.

There are a lot of myths out there when it comes to speech development. We broke it all down for you here so you know which ones are true and which ones are all talk.