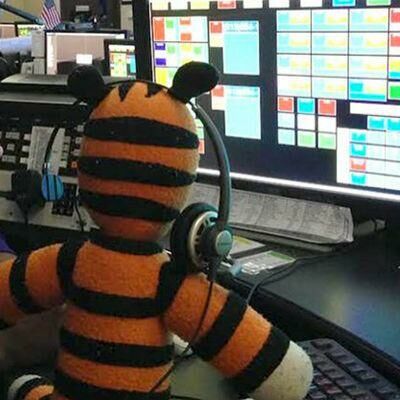 When your child loses his stuffed animal, you’ll travel to the end of the earth to find it and make the crying stop. But in this case, Hobbes the tiger did the traveling himself.

Six-year-old Owen accidentally left the stuffed tiger behind at Tampa International Airport when his family was traveling to Houston earlier this month. Mom immediately called the airport, and thankfully, the janitorial crew found Hobbes by the children’s play area.

Impressed that the staff acted so swiftly to save a toy? Their work didn’t end there. Apparently eager for some playtime themselves, Tampa International Airport employees decided to take Hobbes on a combination tour/photo shoot.

D’Auito says he suggested the idea after recalling a story about a museum in England doing the same. And his coworkers were all on board, posing with Hobbes everywhere from the ticketing counter and the food court to the air traffic control center.