“You never know why these things happen. All you know is that it brings you closer together. It breaks you open. It makes you more human.”
facebook
twitter
copy link
share
save
ByNehal Aggarwal
Associate Editor
PublishedNov 2019 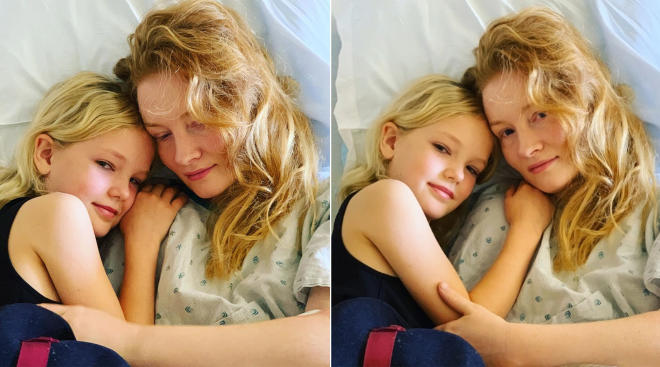 James Van Der Beek revealed yesterday that he and his wife, Kimberly, have suffered another miscarriage. In a heartbreaking Instagram post the Dawson’s Creek alum wrote, “Wrecked. Devastated. In shock. That’s how we’re feeling right now after the soul we thought were going to welcome into our family in April… has taken a shortcut to whatever lies beyond this life.”

He continued, “We’ve been through this before, but never this late in the pregnancy, and never accompanied by such a scary, horrific threat to Kimberly and her well-being. Grateful that she’s now recovering, but we’ve only just begun unpacking the layers of this one. Thank you to all of our friends and co-workers (and dance partners) who have shown up for us so beautifully during this time. As many of you have said, ‘There are no words…’ and it’s true. Which is why in a time like this it’s enough to know that you’re there. Grieving AND counting our blessings today.”

He also announced the devastating news prior to taking the stage on Monday night’s episode of Dancing With the Stars, where he has been a contestant. "The little soul that we had expected to welcome in our family took a shortcut to whatever lies beyond,” he tearfully said. “You never know why these things happen. That’s what I’ve been telling my kids. All you know is that it brings you closer together. It breaks you open. It opens up your heart. It deepens your appreciation. It makes you more human.”

Van Der Beek announced the pregnancy back in October, in another Instagram post and on Dancing With the Stars. In the post, he wrote the couple was, “Thrilled beyond belief to announce that another little bundle of joy has picked us to be their family.” He continued to say the couple had experienced three prior miscarriages, and they wanted to be transparent about this pregnancy to show that there shouldn’t be any shame around miscarriage.

“Miscarriage (a word that needs a replacement—nobody failed to “carry”, these things sometimes just happen) is something that people rarely talk about, and often go through in secret. But there needs to be zero shame around it, or around giving yourself the time and space to grieve,” he wrote in the post.

Sadly, many couples know this pain first-hand, as 10 to 25 percent of pregnancies end in miscarriage. If you or anyone you know is going through a loss, read through our expert-recommended tips on how to cope, and how to support a friend in the aftermath.