Babies Know When You’re Sad Even if You Don’t Show It, Study Finds 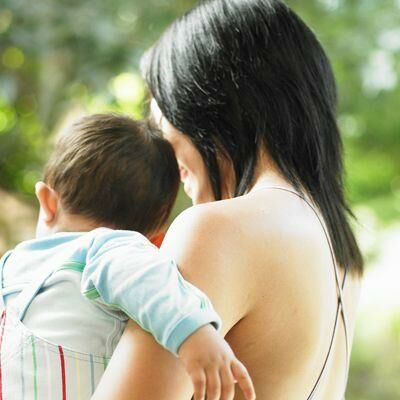 If you’re the type to keep a blank face when things go wrong, baby can see right through you — and even empathize with you — a new study published in the journal Infant Behavior and Development reveals.

The study posed two scenarios to a group of 71 babies who were all around 18 months old. Half of the babies saw human research developer Sabrina Chiarella act outwardly sad and disappointed after someone grabbed her toys away from her. The other half watched Chiarella lose her toys and, at least on the surface, stay cool and calm. The study filmed the tots’ reactions.

Unsurprisingly, the half who saw Chiarella show sadness physically appeared to show more concern than the other half of the group. But when the research developer later played with the babies, she told NPR, they all seemed equally receptive to her emotions. If she acted sad, the babies would give her a toy; if she could not reach an object, she said, all of the babies were empathetic and were “just as willing” to help her reach them.

There’s plenty of evidence that babies are socially savvy. Chiarella has previously proved that 18-month-olds know when a person’s emotional response doesn’t make sense (e.g. a facial expression that “doesn’t belong” in a situation) — a pretty new development in baby’s life, since 15-month-old babies failed the same test. The fact that all babies in this study were still receptive to her helps prove that, in their own ways, babies see that keeping a stiff upper lip can “make sense” in a stressful situation.

“We see here that infants are making an association between events that happen and emotions,” Chiarella said. “They can sort of deduce what the appropriate emotions should be, based on the events.” Looks like babies are even more observant than you thought.