Peas, carrots and rice cereal are great old standbys, but what about the new baby foods on the market? We had our pickiest critics – the babies themselves — sample some of the coolest ones. Here’s what was a hit, and what these finicky eaters weren’t so sure about. 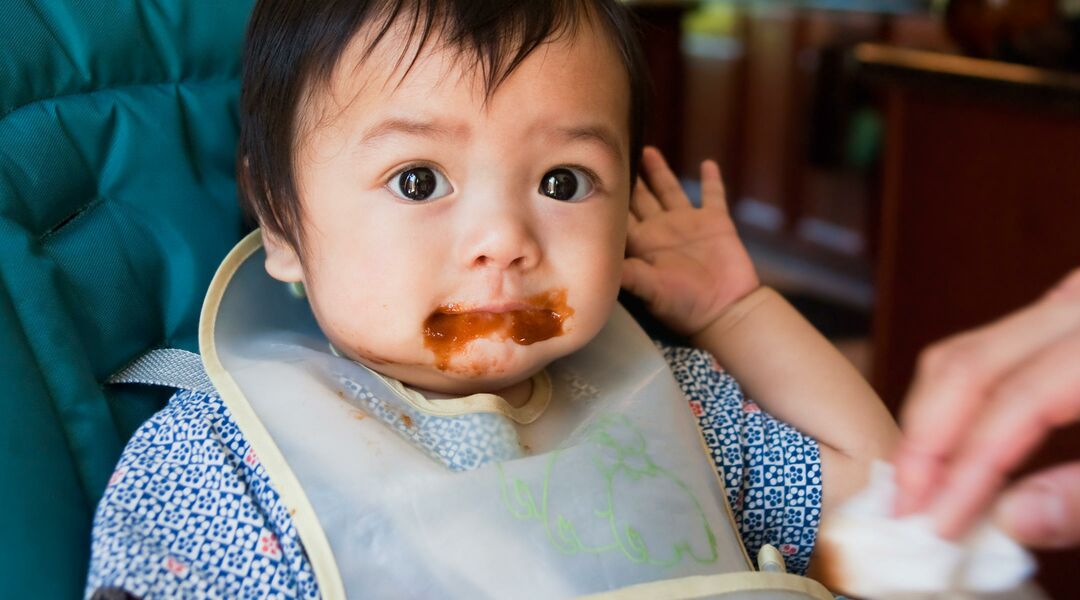 Plum Organics Second Blends
What it is: *Fun pouches of pureed fruits mixed with veggies. We sampled the blueberry, pear and purple carrot flavor.
* The pros: The fact that the veggies were mixed with fruits made the babies more likely to actually want to eat them. And we’re suckers for baby food in a pouch — there’s less mess and they’re so portable.
The cons: Some of the moms are big believers in making their own baby food, so they might not use these every day, but they thought they were great for travel. Also, pairing the veggies with fruit didn’t help the babies actually like the veggies, it just masked the flavor with some sweetness.
One critic’s reaction: “She kept saying ‘num, num’ and ‘purple!’ Guess she liked it!”
Rating: 4 (out of 5) stars

Gerber Graduates Fruit & Veggie Melts
What it is: Melt-in-your-mouth fruit-flavored snacks for older babies and toddlers, which come in new fruit-and-veggie combo flavors.
The pros: Again, they’ve sneaked veggies in there! They’re easy for babies to gum and have a great sweet flavor. We had our testers try the very berry blend flavor, and while some of the moms said they’d rather give their babies actual berries, they liked that the first ingredient listed on the package was actually squash. Everyone liked the flavor — even the moms!
The cons: Some moms thought they were a little too sweet and that the texture was kind of strange (it felt a little gritty on their teeth!), but the babies didn’t complain. The package says there’s four grams of sugar per serving, which isn’t too much.
One critic’s reaction: “It was a huge hit. He kept going ‘mo’ — that means ‘more’! And I had trouble getting him away from the bag of melts and into the tub for bath time.”
Rating: 3 (out of 5) stars

NurturMe Dried Baby Food Pouches
What it is: An easy new way to take pureed veggies on the go. You just mix in water, breast milk or formula with the dry powder packets, which come in plump peas, hearty sweet potatoes, scrumptious squash and crisp apples flavors. We sampled the peas flavor.
The pros: Seems healthy! Salt, sugar and preservatives aren’t added, plus it’s organic and gluten-free. And unlike homemade baby food, it doesn’t need to be refrigerated.
The cons: The babies didn’t seem very enthused with the flavor.
One critic’s reaction: “My son took one bite, made a funny face and refused to eat any more. I think the nutritional value is great, but the texture and flavor didn’t go over so well. I’ll try again though, since they’re so nutritious.”
Rating: 2 (out of 5) stars

Buddy Fruits Blended Fruit & Milk
What it is: Smoothies for toddlers! Pouches of pureed fruits and skim milk.
The pros: The moms liked that it was more than just fruit. Having some dairy content in there (read: protein!) made it feel like a more well-rounded snack. The ingredients seemed to be all-natural. Moms and babies both liked the flavors too. They also liked that it was a dairy product that didn’t need refrigeration.
The cons: It’s not a good choice for moms who are waiting to introduce their babies to milk products. Moms of toddlers loved the idea, but some commented that they’d rather have their toddler drink whole or 2 percent milk, rather than skim.
One critic’s reaction: “He gulped it down in less than a minute. I loved that I had this in the diaper bag — giving this to my toddler averted a major hunger meltdown!”
Rating: 4 (out of 5) stars