Is baby ready for cow’s milk? Learn when, why and how to introduce milk into your child's diet. 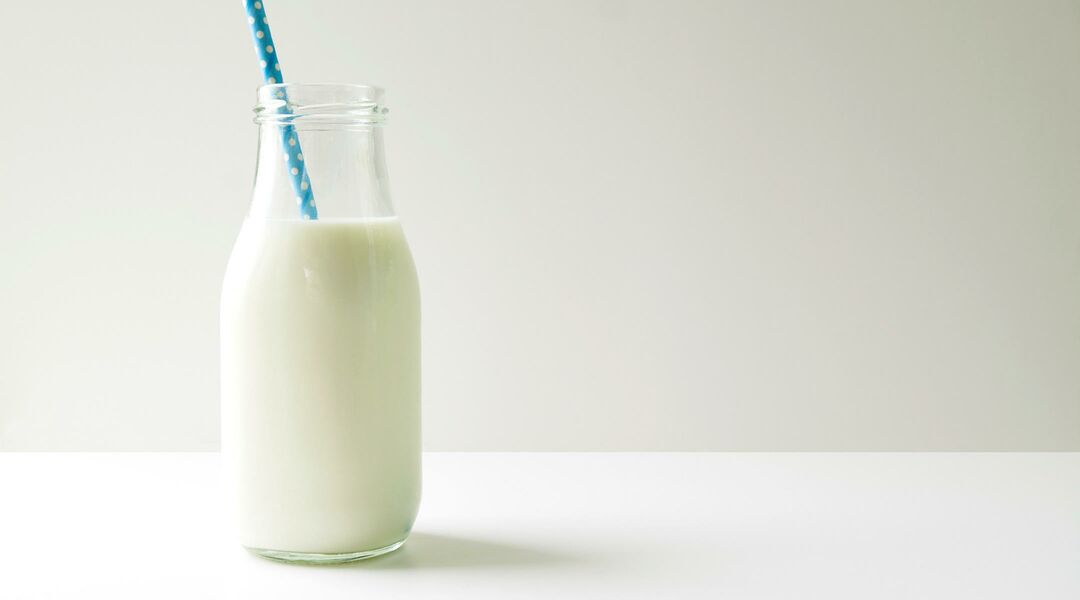 It’s an exciting milestone when baby is old enough to start transitioning from breast milk or formula to cow’s milk, but it’s important not to rush into it. You want to make sure baby is getting all the important nutrients, but introducing milk too early can actually do more harm than good. So when can babies have milk—and what type of milk can they have? Read on to learn when and how to go about transitioning to milk to ensure a healthy diet for your child.

In this article:
When can babies have milk?
Transitioning to milk
Types of milk for babies

When Can Babies Have Milk?

Right from the get-go, babies get breast milk or formula—but when can babies have cow’s milk? “Officially, milk can be a child’s primary drink at one year of age,” says Russell Horton, DO, a pediatrician at the Banner Health Center in Queen Creek, Arizona.

Before that milestone, though, cow’s milk shouldn’t be a part of your baby’s diet at all. Why? Baby’s tummy isn’t ready to digest cow’s milk in large volumes (20 to 36 ounces daily, like breast milk or formula) until he’s about one year old. “Prior to that, babies who drink cow’s milk get irritation of the gut lining, leading to microscopic blood loss and anemia,” says Ari Brown, MD, a pediatrician in Austin, TX, and co-author of Baby 411. It’s best to stick with infant formula or breast milk, which have more nutrients than regular cow’s milk.

But once baby is ready to make the switch, milk does play an important role in a toddler’s healthy diet. According to the US Department of Agriculture, toddlers who consume milk and other dairy products get important nutrients and have healthier diets than those who don’t. Why? Because milk:

Understanding how to introduce cow’s milk is just as important as knowing when babies can have milk. Many moms wonder if transitioning to milk means they need to stop breastfeeding—but the answer is no. “Moms can still breastfeed while making the transition to [cow’s] milk,” Horton says, adding that the choice to stop breastfeeding is a personal decision, and there’s no deadline for when to wean baby.

How much milk should toddlers drink?

Brown says to strive for about 16 ounces, or 2 cups, a day. In the grand scheme of baby’s day, 2 cups doesn’t seem like a lot, but offering baby milk is different than giving formula or breast milk. Milk doesn’t become your child’s primary source of nutrition, and you don’t need to increase the amount as baby grows. “Don’t give baby more than 20 ounces of cow’s milk a day,” Horton says. “If you get past that, baby can get iron deficiencies, which can block iron absorption.”

Tips for transitioning to milk

If baby was eagerly drinking bottles of formula or breast milk but seems less than thrilled when transitioning to milk, don’t freak out. “Baby won’t chug it like he did with breast milk or formula, and that’s okay,” Brown says. “It’s a beverage, not the mainstay of baby’s nutrition.”

That said, there are some babies who just don’t like the taste of cow’s milk at first—but there are a few things you can do to help them adjust:

• Warm the milk. The cold temperature of milk can be a bit startling, especially if baby was used to the warmth of breast milk, Horton says.

As for how to give baby milk, doctors recommend switching from bottle to sippy cup. That’s because a bottle’s nipple can cause problems with baby’s growing teeth, Horton says. But not all babies are ready to make both changes at once. First make the switch to cow’s milk, then swap out the bottle for a sippy cup to make the transition smoother.

How to spot a milk allergy or intolerance

Sometimes toddlers don’t take to milk—not because of an issue with the taste, but because they have an allergy to cow’s milk or are lactose intolerant. And you may not discover it until you’re already transitioning to milk.

There’s an important difference between an allergy and a lactose intolerance. “A food allergy reaction involves your immune system and is due to an overreaction to the ingested food, which triggers a whole host of nasty and potentially dangerous symptoms,” says Clifford Bassett, MD, medical director of Allergy & Asthma Care of New York and author of The New Allergy Solution. “A food intolerance, such as lactose intolerance, is caused by a lack of the enzyme lactase, which is required to help digest milk,” says Bassett. The biggest difference: While a lactose intolerance can cause a good deal of discomfort, it’ll never lead to a life-threatening reaction like anaphylaxis, which can be sparked by an allergy.

According to Bassett, about 2 to 3 percent of children under 3 are allergic to milk. Lactose intolerance in infancy is rare but becomes more common with age: It’s estimated that about 65 percent of people have a reduced ability to digest lactose after infancy.

So how can you tell if your child has an actual milk allergy? According to Sujan Patel, MD, a pediatric allergist at Hassenfeld Children’s Hospital at NYU Langone in New York, the most common symptoms of a milk allergy are:

Symptoms for a lactose intolerance include:

If you suspect your toddler has a milk allergy, it’s best to see a pediatric allergist and have your child tested. One option is a diagnostic skin test, during which a small amount of milk extract is inserted into the skin. Within 15 minutes you’ll know if your child is allergic to milk. Another diagnostic option is a blood test, which can help pinpoint the likelihood of an allergic reaction to cow’s milk, Bassett says.

If your child is allergic to cow’s milk, other mammalian-based milks like goat or ewe milk are likely off the table too, because the proteins in these types of milk are very similar to those found in cow’s milk. But the good news is that it’s unlikely your toddler would be allergic to plant-based milks such as almond, soy, coconut or rice, Patel says. Talk to your pediatrician to see if these milk types are safe options.

Types of Milk for Babies

When we talk about milk, which types are okay for baby? Is it good to offer coconut milk or almond milk for babies? Back in the day, it was whole milk or bust, but now the dairy aisle offers a variety of milk options, such as:

While these types of milk are all perfectly safe for baby (assuming no allergies), Brown says, they’re not all ideal for your child. “Cow’s milk contains just the right amount of fat and protein, plus calcium and vitamin D for a toddler’s nutritional needs,” she says, whereas other types of milk may not be as nutrient-dense. If you’re going to try a different type of milk, run it by your pediatrician first.

The American Academy of Pediatrics recommends whole cow’s milk for babies and toddlers because of the fat it contributes to healthy brain development—but clarifies that 2 percent milk can also be a good option, depending on a child’s weight. This addendum was added in 2008 to help address the rise of childhood obesity. “Now we look at a 12- to 24-month-old’s growth chart to determine if whole or 2 percent is the best choice,” Brown says.

If baby was drinking whole milk when he made the transition, you can start making the switch to whatever type of milk the rest of your family drinks at age 2, Horton says. If you still have concerns about the amount of fat your child is getting from milk and its impact on your child’s weight, it’s always best to check in with your pediatrician.

Regardless of the fat content, is organic cow’s milk for babies a must? There’s been a huge rise in the popularity of organic foods in recent years, and for good reason: While organic foods have the same vitamins, minerals, antioxidants and other nutrients as conventional foods, the AAP found that they also have lower pesticide levels and are less likely to be contaminated with drug-resistant bacteria, which can offer significant benefits for kids. When it comes to milk, however, you don’t need to buy organic: The AAP failed to find any special health benefit from purchasing organic milk. What you should be buying every time is pasteurized milk to prevent baby from getting salmonella, E. coli, listeria and other bacterial infections. Why I've Breastfed, Formula-Fed and Even Considered Donor Milk
ADVERTISEMENT