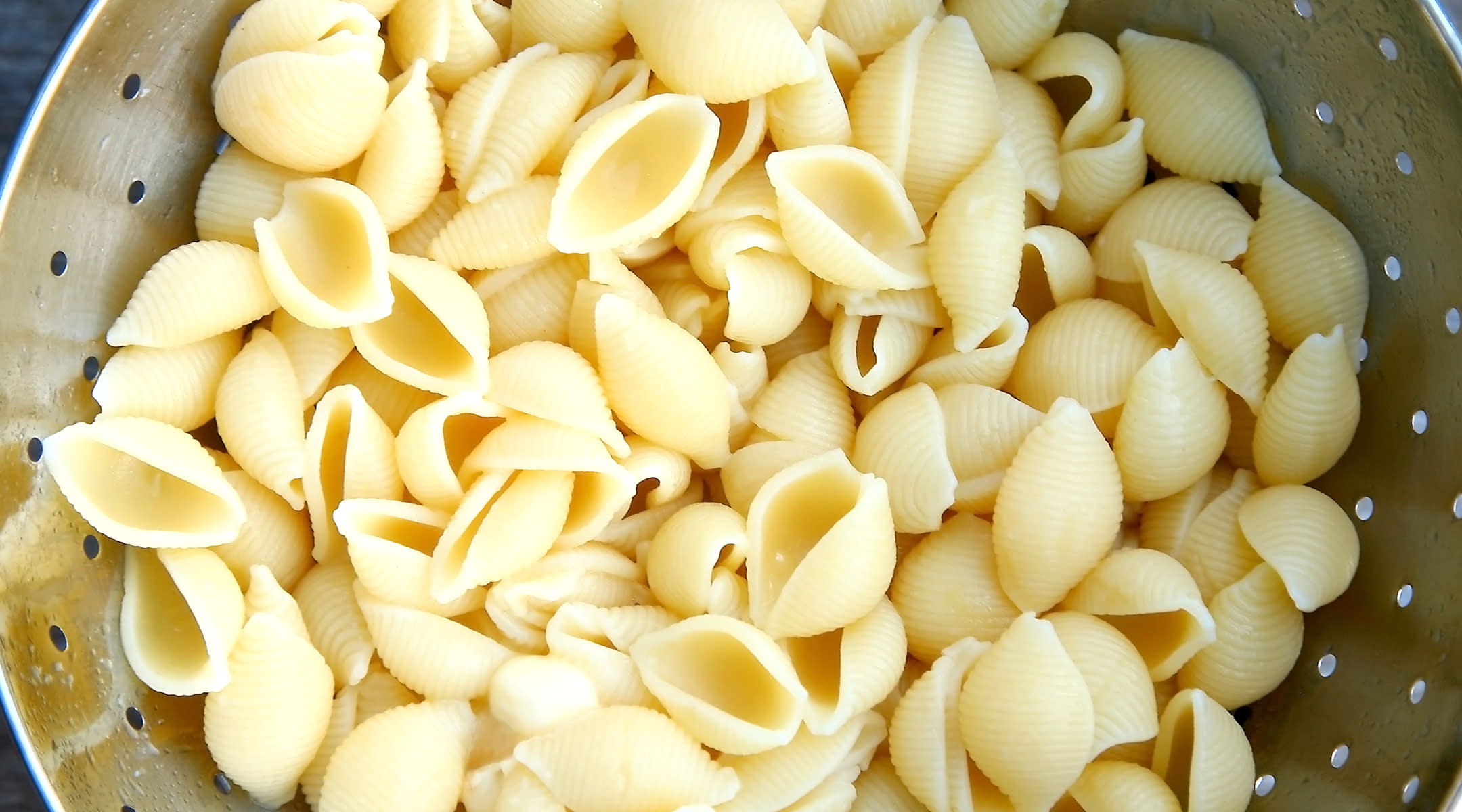 Is baby ready to feed himself? Here are 13 safe, nutritious baby finger food ideas to put on his menu, plus tips to get him started.

Introducing finger foods for baby is an exciting and nerve-racking time. Between the mess, possible allergies and potential choking hazards, it’s enough to give some parents white knuckles as they hover over the high chair. But while you should certainly exercise caution, there are lots of great baby finger food ideas that will make mealtime fun and nutritious, and let your growing child practice the important art of self-feeding.

When Can Babies Eat Finger Foods?

There’s no hard and fast rule in terms of when babies can start eating finger foods, says William Dietz, MD, PhD, director of the Sumner M. Redstone Global Center for Prevention and Wellness at the Milken Institute School of Public Health at the George Washington University in Washington, DC, and co-editor of the American Pediatric Association’s (AAP) Nutrition: What Every Parent Needs to Know. Rather than focusing on baby’s age, says Dietz, “the first indicator you should look for is that the baby is interested.” So how can you tell when baby’s interest is piqued? Reaching for the food as you’re feeding her, grabbing the bowl or spoon, putting the spoon in her mouth and fussing when she sees you eat (because she wants in!) are all signs your child may be ready. “Babies generally want to feed themselves,” Dietz says. “That’s a normal drive.”

Being able to sit independently is another good clue that babies are physically ready to try finger foods, says Susan M. McCormack, MA, senior speech language pathologist at Children’s Hospital of Philadelphia and a board-certified specialist in swallowing and swallowing disorders. If they can sit up in the high chair, then they might be ready to try their hand at finger foods.

Some guides suggest waiting to introduce baby finger foods until your child has mastered a pincer grasp—the ability to pick up small objects between the thumb and forefinger—but Dietz says this isn’t totally necessary. “Initially when children start to feed themselves, they don’t have a pincer grasp,” he says. “So they’re using their whole hand and putting their hand in their mouth. And that’s fine.”

If you’re waiting for your infant to sprout teeth before moving on from purees, think again. “Babies don’t need teeth to learn to eat solids and learn to chew,” McCormack says. Those strong little gums are perfectly capable of mashing up soft solids—if you’ve ever let baby teethe on your finger, then you have some idea of just how powerful they are!

When choosing the best finger foods for baby—whether you’re starting at 6 months or 9 months—experts agree that it’s best to begin with small pieces of soft food that dissolve easily.

As your infant grows and becomes comfortable eating finger foods, you can branch out, McCormack says. “As a baby develops better tongue patterns to control food pieces as well as more mature chewing, he can better ‘chew’ the foods that break apart, like pieces of fruits and vegetables. A one-year-old can also bite off pieces of food that a 6-month-old can’t.”

Another thing to keep in mind when you’re picking out the best finger foods for babies is that a lot of adult foods—particularly snacks—can be super salty. “Often parents will doctor a food so it appeals to their tastes, and their taste may have bigger amounts of sodium than a baby’s taste,” Dietz says. When preparing food for baby, leave out the salt whenever possible. (You can always add it separately to your portion if you’re cooking for the family).

How to Introduce New Finger Foods for Baby

When babies first start on finger foods, breast milk and formula will still be their main source of nutrition, followed by purees. You should continue to spoon-feed your child initially, “but during the feeding process, they should also be allowed to feed themselves,” Dietz says. Put some finger food on her high-chair tray and let her try to get it into her mouth in between the spoonfuls of food you’re feeding her. If she gets really frustrated, go ahead and help her out.

Most important, follow your child’s cues and “let your baby be the guide,” McCormack says. If he doesn’t respond positively, take a step back and try again later. But keep in mind that babies often crinkle up their faces when they try something new, which can look like they don’t like something, Dietz says. It can take up to 20 times before they’re used to certain foods. “Parents shouldn’t force food, but they should be persistent in offering,” Dietz says.

McCormack also suggests easing into finger foods by offering thicker purees with a bit of texture to them. “Try alternating bites of the smooth puree with a slightly thicker or mashed food to help your baby get used to the new textures in her mouth,” she says.

Remember, too, that this is a messy process. Parents might want to lay newspaper or an easy-to-clean vinyl tablecloth on the floor, since it’ll be a while (like, years) before your kid manages to get more food in his mouth than on the floor. “Parents who can’t tolerate a mess will really need to get over it,” Dietz says.

Finally, never leave baby unattended while she’s eating, and keep an eye out for signs of choking. It may be tempting to hold off on introducing finger foods until your child is in high school (just kidding…kind of), but helping baby develop this skill has multiple benefits, McCormack says, including “development of independence, fine motor skills and self-feeding skills, as well as development of oral patterns to support texture progression.” Whether you start baby finger foods at 6 or 9 months, just follow baby’s lead and let him have fun with it.

If you’re looking for baby finger food ideas, think about options that are soft, small and easily gummed. Here are a few of the best finger foods for baby to get started—including finger foods for baby with no teeth! While the same finger foods are appropriate for a 6-month-old as they are for a one-year-old baby, you can begin to offer larger pieces that they can bite off themselves as they become more confident. Stick with these healthy options, and you’ll start baby off on the right path for healthy eating.

1. Puffs and dry cereal. Puffs and O-shaped dry cereal are some of the most popular first finger foods for good reason: They let baby practice the pincer grasp by picking up one at a time. And as McCormack explains, they also “mix well with saliva and are easy for the infant to manage in their mouth without choking.”

2. Bread and teething biscuits. Small pieces of soft bread (cut off any chewy crust when first starting out) and teething biscuits are another great starter finger food, since they soften quickly. As baby gets older (around 9 to 12 months), you can offer slightly larger pieces or serve bread topped with mashed banana or avocado, or a super-thin layer of hummus or peanut butter.

3. Scrambled eggs. Doctors used to advise waiting to introduce eggs, but the AAP now recommends early exposure to potentially allergenic foods. Which is great news, since scrambled eggs are an ideal early finger food! Keep your love of runny yolks to yourself for now, however, and cook those eggs thoroughly, cut into small pieces and avoid adding salt.

5. Avocado. A rich source of omega-3 fatty acids—which can help boost baby’s brain development—avocados are, like puffs, often one the first baby finger foods, even when your little one has no teeth. Be warned: Avocado can get messy fast, but it’s well worth it (and can result in some hilarious pics for the baby album).

6. Pasta. Though recipes often recommend cooking pasta al dente, when it comes to feeding baby, you’ll want to slightly overcook it so it’s nice and soft. To start, try small pasta shapes like orzo or mini shells, or cut up fusilli or penne. Initially serve it plain, but as baby is introduced to more foods you can toss the pasta in a little butter, olive oil or low-sodium tomato sauce.

7. Tofu. Whether cooked or uncooked, tofu is a wonderful plant-based source of protein and a perfect finger food for babies. Opt for firm tofu, which is still quite soft, as opposed to soft or silken tofu, which will likely fall apart in baby’s hand and frustrate her.

8. Cooked vegetables. Though it will be a while before baby can hit the crudités platter, cooked vegetables make excellent baby finger foods. To get the most nutrients out of your vegetables, steam or roast them until soft, and, of course, cut them into small pieces. Try sweet potato, carrot, broccoli, cauliflower or beets (opt for yellow beets for less mess) to start. As baby gets bigger, you can offer steamed carrot sticks or peeled, roasted sweet potato wedges.

9. Cheese. If baby has shown no signs of a dairy allergy, then it’s perfectly safe to introduce soft cubes of cheese as early as 6 months. Opt for small bites of a pasteurized cheese that’s soft but not overly sticky or stinky, like Monterey Jack or cheddar.

10. Beans. Looking for more protein-rich, vegetarian baby finger foods? Try beans. Opt for canned, low-sodium beans for convenience, or soak and cook dry beans yourself to save money (they’ll freeze well too!). When first introducing beans, smash them just a bit between your fingers before serving to baby.

11. Homemade muffins. While store-bought muffins are often loaded with sugar, there are plenty of healthy muffin recipes out there. Use whole-wheat flour, sweeten with applesauce instead of sugar and add healthy ingredients like mashed banana or grated zucchini. Bake in a mini muffin tin or use a standard-size tin, and, once baked, break off into small pieces for baby.

13. Fish. Fish is another allergenic food that doctors now say can be introduced before baby is a year old. Be sure it’s thoroughly cooked, and opt for a low-mercury fish like flounder, cod or salmon. Most important, make sure to remove any tiny bones.