Learn how to start baby-led weaning and give baby a head start on healthy eating habits.
Save article
ByCynthia Ramnarace
UpdatedMay 2017 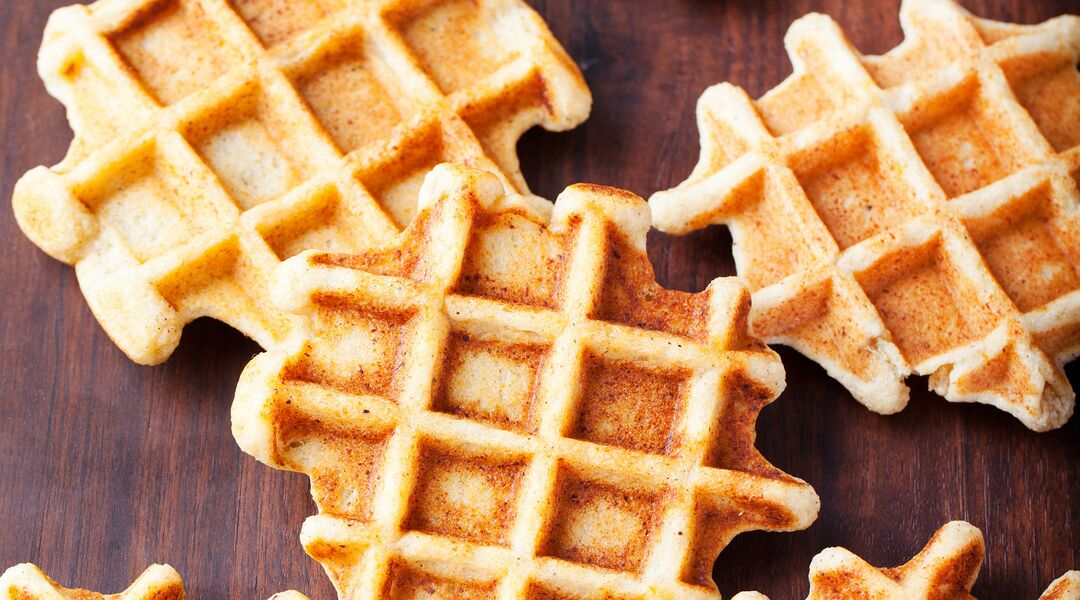 When Christa Terry’s son Hunter was ready to start solid foods, she loaded up her shopping cart with jars of strained vegetables and fruits. She definitely wasn’t expecting Hunter’s first mealtimes to turn into baby food battles, but he responded by spitting each bite out. “He did not care for the texture,” says Terry, of Beverly, Massachusetts, who runs the social networking site mommeetmom.com. “So we just said, ‘Okay if that’s what you want, you’ll eat what we eat.’”

So when 8-month-old Hunter grabbed for the pickled ginger at a sushi restaurant, Terry didn’t stop him. Next came homemade quiches and curries, in which, Terry notes, “the vegetables would be just soft enough that he could eat them.”

As Hunter grew bigger, Terry continued to let him have whatever the family was eating at the time. By 13 months old, Hunter’s day was starting with a waffle, honeydew and a cheesestick. Whether she realized it at the time or not, Terry had been practicing what author and midwife Gill Rapley first dubbed “baby-led weaning.”

What Is Baby-Led Weaning?

Baby-led weaning, also sometimes simply referred to as BLW, is a process that follows baby’s cues while introducing him to table foods that the whole family eats. The practice of baby-led weaning allows baby to self-feed finger foods as his first solid food rather than the more traditional rice, oatmeal or fruit and vegetable purees.

Aside from the obvious—no more special meals for baby!—there are numerous benefits of baby-led weaning. “Babies fed this way are more likely to have a balanced diet,” says Rapley, coauthor of Baby-Led Weaning, “because they’re not limited to just fruits and vegetables.” She goes on to say, “I found that the solution to baby refusing food or being picky about what they would eat was just to let them feed themselves.” Other benefits of baby-led weaning include:

When to Start Baby-Led Weaning

Wondering when to start baby-led weaning? There’s no magic age that you need to wait for to start BLW, but you’ll want to look for the following signs of readiness:

How to Start Baby-Led Weaning

Once baby meets the requirements listed above, it’s time to get started! And don’t sweat; the options are nearly limitless, you won’t need any special baby-led weaning foods or equipment, and the BLW process is quite simple! When thinking about how to start baby-led weaning, just a bit of forethought while prepping for each meal is all that’s needed. If you’re having chicken for dinner, cut it up into small pieces for baby. Steam carrots until they’re soft or cut up raw fruits and vegetables such as cucumbers or strawberries that can be easily mashed by toothless jaws but enjoyed as part of a salad for the rest of the family. You can also let baby dive into a baked potato or pick up handfuls of spaghetti.

“If babies don’t experiment with food, they might miss that learning opportunity about eating,” says Eileen Behan, RD, author of The Baby Food Bible. “That might add to somebody becoming a picky eater.”

Of course, baby-led weaning will be messy. But so much about babyhood is! By letting baby explore food in this way and on his own terms, you could see the BLW benefits later on. Remember, even baby’s earliest meals are helping him form long-term tastes and nutritional habits. So, if you’re going to serve baby the same meal that you’re eating, ensure it’s a healthy, balanced one.

The main concern nutrition experts have about baby-led weaning foods is salt and sugar intake, says Behan. “The thing I worry about is sodium,” she says. “Are Mom and Dad making their own food or are they buying canned or processed foods? Too much sodium creates a taste for sodium that babies don’t need, and it could affect their blood pressure.

For baby’s optimal health and comfort as you begin baby-led weaning, foods to avoid include:

Aside from these restrictions, as long as you’re vigilant about highly allergenic foods or those that could be choking hazards, you can feed baby pretty much anything during baby-led weaning.

For many parents considering baby-led weaning, choking is their top concern. In a way, baby-led feeding goes against everything we’ve been taught about babies and small objects. But rest assured that by following a few simple baby-led weaning tips, parents can keep the risk of choking at bay.

To avoid choking, the American Academy of Pediatrics advises against giving a child 12 months or younger any food that requires chewing. When you try baby-led weaning, foods to avoid for risk of choking include:

So is baby-led weaning safe? It is as long as parents are vigilant. Be alert to choking, but realize that there’s a difference between gagging and choking. Gagging is quite common as babies learn to chew and swallow. “The gag reflex is triggered very readily, well before anything gets anywhere near the airway,” says Rapley. “It may even be a sort of safety feature.” But that gag reflex doesn’t mean you should give up on baby-led weaning. “A lot of kids go through a period of doing quite a lot of gagging at first,” notes Rapley. “Some of it even makes them vomit slightly, but they just seem to manage to work their way through it and they don’t seem bothered by it.”

Rapley suggests that, at least initially, mealtime should feel like playtime to baby. Given that baby will still be getting the majority of his nutrition from breast milk or formula, mealtime should be more about learning about and exploring food than caloric intake. Some of the best baby-led weaning first foods are those that are soft and easy to mash up, and therefore—you guessed it—messy! Listed in order from the most elementary foods to those suitable for a more advanced self-feeder are some of the best baby-led weaning first foods.

How to Night Wean Baby