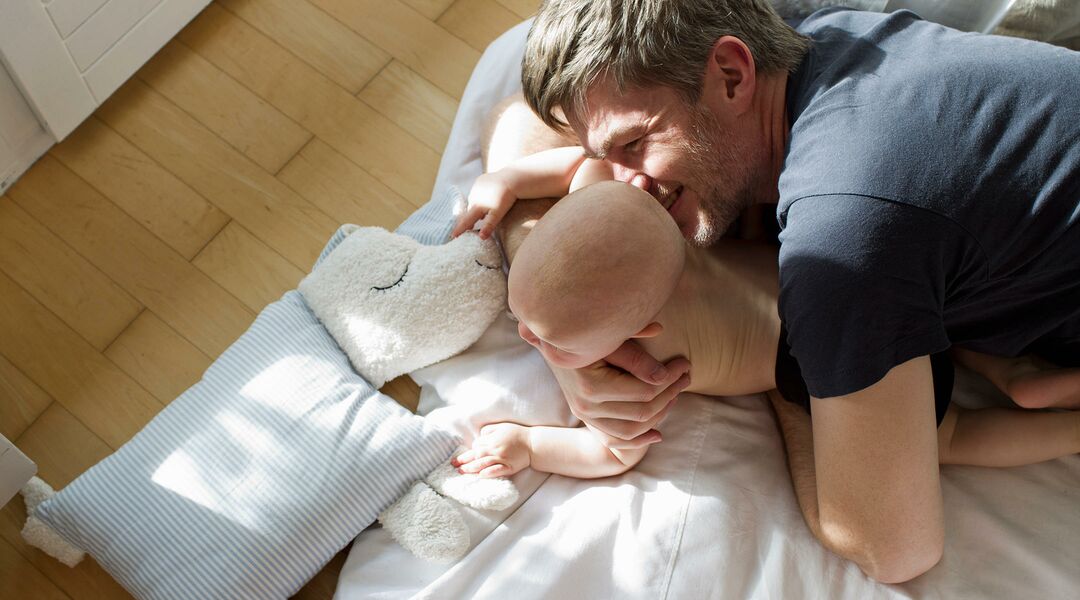 Dads want to be, and are, spending more time with their kids.

That’s the ultimate takeaway from this year’s annual Boston College Center for Work & Family report on new dads. Aptly titled The New Dad: A Portrait of Today’s Father, asked “white collar dads” about the logistics and challenges of working and parenting.

For millennial dads, it’s family first. The 2011 BC survey called The New Dad: Caring, Committed and Conflicted — the data source for much of the new report — found that 94 percent of the 1,000 respondents agreed with the following statement: “If I were considering taking a new job, I would consider how much that job would interfere with my ability to care for my children." Fathers under 40 were even more committed to this than older dads.

Those younger dads (ages 25-34) also spent more time bathing, dressing, diapering and playing with their children. Perhaps that’s indicative of the duties they’re sharing with mom — millennial dads are almost twice as likely as Baby Boomers to have a spouse/partner working full time: 78 percent compared to 48 percent. And it’s what they expect; the report found that “most believe that they will have partners in life who also have careers and who see their roles as both parent and professional as a shared responsibility.” Overall, fathers with spouses in the paid workforce are more involved with childcare and spending time with their children without their partner present. But there’s still a disconnect between where dads want to be and where they actually are. For example, while most dads think they should share caregiving duties equally with their spouses, only 30 percent report actually doing so. Men are averaging about 10 hours a week of the “less fun work” of physical child care — like diaper changing and bathing — while women are logging 15 hours of the same tasks. In spite of this discrepancy, we’re pretty impressed with today’s hands-on dads. Looks like they’re heeding our advice!