We've all heard that breakfast is the most important meal of the day, but new research shows it also has special benefits for women struggling to conceive.
ByKylie McConville
UpdatedMar 2017 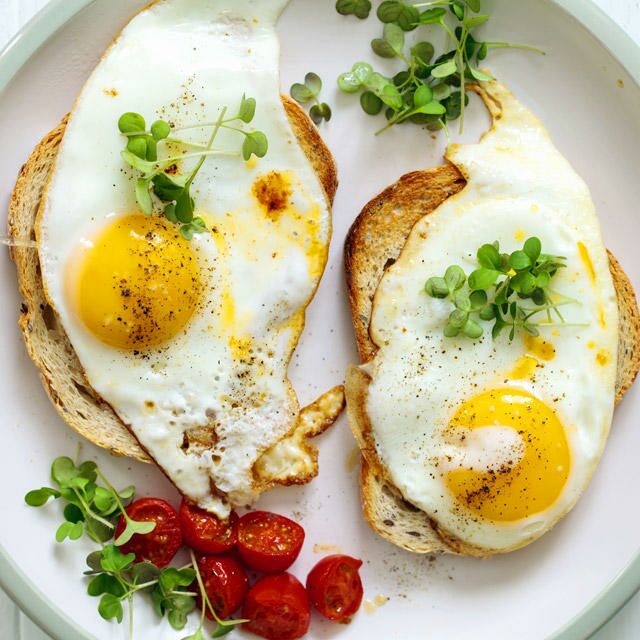 While previous studies have hinted that eating like a Greek might help you conceive, there’s one thing we can all agree on (feta-lover or otherwise): A hearty, healthy breakfast is more important than you would have ever thought. Sure, you’ll need your nutrients and vitamins to power through the day, but did you ever think that tucking in for a big breakfast could actually help you conceive? Oh yeah, it can.

The latest research reveals that eating a good breakfast has a positive impact on women struggling with infertility. Researchers at the Hebrew University of Jerusalem and Tel Aviv University found that a big breakfast increases fertility amongst women that suffer from irregular periods.

The study set out to understand whether meal times have an impact on the health of a woman with irregular periods due to Polycystic Ovary Syndrome. Currently, PCOS affects 6 to 10 percent of women. So researchers followed 60 women aged 25 to 39 over a 12-week period. Each of the women suffered from PCOS and had a body mass index (BMI) of less than 23.

Women who ate their biggest meal at breakfast had decreased glucose and insulin levels (down by 8 percent), compared to the diner group who showed levels that remained virtually the unchanged. Also in the breakfast group, researchers noted that testosterone levels were down by nearly 50 percent. But the most telling was that women were ovulating at a much higher rate when they had their biggest meal at breakfast.

Of the findings, Froy said that the research “clearly demonstrates that indeed the amount of calories we consume daily is very important, but the timing as to when we consume them is even more important.”

Do you think it’s important to eat a healthier, bigger breakfast?

10 Surprising Fertility Facts We Bet You Didn’t Know (but Totally Should!)