What effect does this intense pro-breastfeeding culture have on women who can’t do it? Here’s one mom's story. 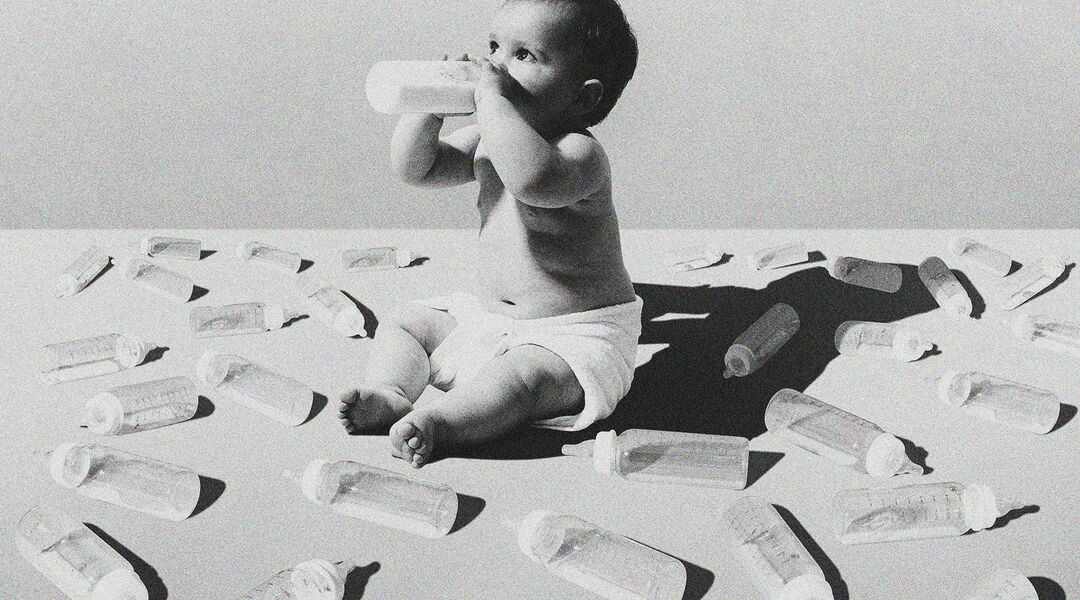 I didn’t necessarily think breastfeeding would be easy. I had read enough to understand there is often a steep learning curve for mom and baby. But, like so many expectant moms, I focused on visions of a beautiful bonding experience.

I believed it would be the experience I was robbed of with my first son, Lex. Born 6.5 weeks early, he spent the first month of his life in the NICU because he had not developed the suck-swallow-breathe reflex. I pumped and the milk was fed to him in a little tube through his nose. It was heartbreaking on many levels, but we were grateful that he was otherwise a healthy preemie. Gradually he ate more and more from a bottle, but he never took to breastfeeding. To be honest, I wasn’t really bothered by it. He was still getting breast milk and, per doctor’s orders, I supplemented with formula.

This delivery was different: Aidan was full term. I would surely be able to breastfeed with ease, right? After all, I had heard over and over again that breastfeeding is as natural as breathing. Then why was it that hours after giving birth, I couldn’t catch my breath—again?

Aidan and I just couldn’t nail a proper latch, and it wasn’t for lack of trying. The New York City hospital I delivered at even had an army of lactation consultants who popped in several times a day to counsel me on positioning. The refrain was always the same: “Breast is best.”

I didn’t disagree. I just couldn’t get my boob and Aidan on board with the philosophy. Rather than suckling, he would nibble, making me raw in the process. It was a pain, quite literally. Every time he was ready to feed, I could hear the theme music from Psycho. I dreaded it. If only wet nurses were still socially acceptable, I silently thought. Not only was latching difficult, but my milk wasn’t coming in like I had expected. After 24 hours of trying, I was bleeding and my baby was screaming from hunger. But even more traumatic than the shredded nipples and starving child was the reaction I got from staff.

“I can’t advise you on formula,” she repeated, this time with a slightly more sympathetic tone before leaving the room. I was dumbfounded. How could a pediatric nurse not be able to advise me on formula for a newborn I had delivered in the hospital she worked at? Fortunately, I wasn’t alone in my confusion. My mother and mother-in-law were visiting and both were shocked as well. They encouraged me to ask for formula, which the hospital gave only upon explicit request. That first gulp of formula was like magic. Aidan’s cries quieted, his breathing relaxed. His tummy was finally sated. However, my feeling of unease lingered. I pictured the staff shaking their heads disapprovingly at the nurses station, murmuring, “oh, that poor baby.”

Has the pendulum swung so far in favor of breastfeeding that other options are not offered to struggling mothers? I certainly can’t deny the many benefits of breast milk. It has antibodies that help baby fight off viruses, reduces the risk of asthma and allergies and much more. Of course there are perks for mom too. It lowers our risk of breast and ovarian cancer, helps us lose the baby weight and saves money (formula is crazy expensive). But what effect does this intense pro-breastfeeding culture have on women who can’t do it?

After coming home, I continued to try. It did get a little easier, but I was never much of a milk producer. Even 30 minutes of pumping would only net an ounce of milk sometimes, so formula was always a part of our equation. My husband attempted to be supportive by encouraging me not to give up, though in my frustrated state, it sounded more like nagging and disappointment. I even found myself evading the answer when people asked if I was breastfeeding—and everyone asked. “Yes, yes, of course,” I’d say, and quickly change the subject. I feared being judged. I feared being thought of as lazy or selfish. And I kept waiting for disapproving looks when I pulled out a bottle of formula in public. I even practiced snarky retorts for anyone who dared. Thankfully no one did.

My ob-gyn was the only person able to slightly soothe my angst. “Quit,” she said. “If this is stressing you out and making you depressed, stop. It’s okay. Your baby will be fine. You need to do what’s best for you too.” I threw in the towel when Aidan was nearly 3 months. It relieved a lot of pressure, but I still felt some guilt and shame.

I envied those women who appeared to breastfeed with ease, whipping out their boobs whenever they heard whimpers of hunger. I admired those who persevered through cracked nipples, never giving up. I appreciated those women who offered comfort instead of judgment when I had the courage to admit my own struggle. It’s sad that good mothers can be made to feel less than when they need formula or choose to use it. I’m happy to say my own self-consciousness has faded. Now I focus on what I can provide: nurturing, stimulating playtime and a happy family and a loving home. That’s best for baby too.