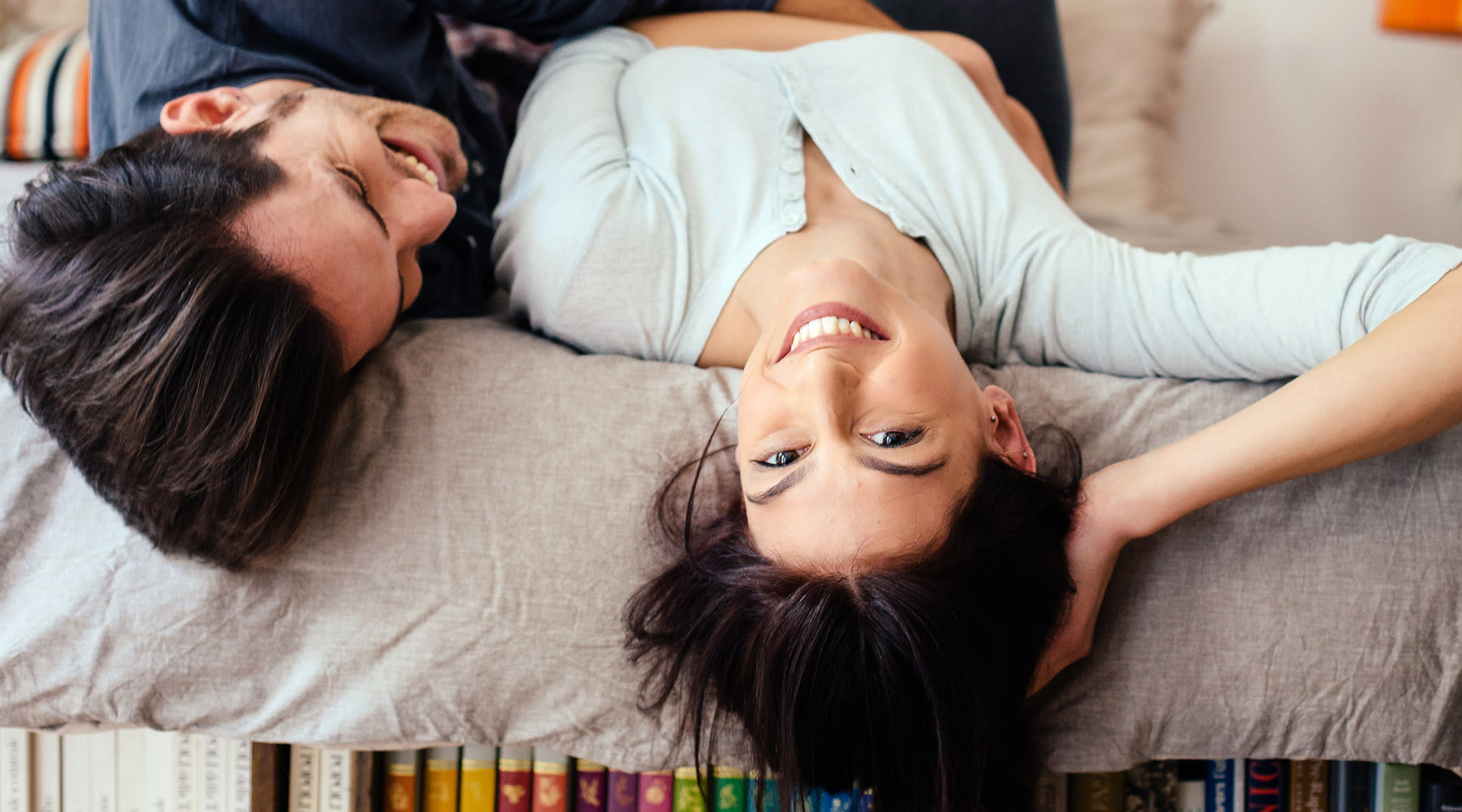 Having a newborn in the house can put a strain on any relationship. Here's what many new parents bicker about—and how to resolve it.

It’s going to be a tough first few months—having a baby really does change everything (no one was lying about that!). But just because you two are clashing about parenting doesn’t mean you can’t get back on track and agree to, well, agree! (Yes, really.) Here, Cathy O’Neil, coauthor of Babyproofing Your Marriage shows us how to move past the biggest new-parent obstacles without bodily harm.

Fight #1: Whose sleep is more important?

“My husband always sleeps in and won’t get out of bed before 8:30 a.m. on the weekends—except to do something he wants to do.” — Sandra R.*

What to do: Agree to make sleep a priority—for both of you.

Someone’s got to get up with baby in the morning. And one partner might think that because they were up at night, they’re entitled to sleep. The other might think that because they worked a 50-hour week, they should be the one to snooze late. But really, you both should be allowed to catch a few extra ZZZ’s here and there. So make a pact to be generous to each other—and to make sleep a priority for both of you. That may mean skipping the weekly soccer game with buddies, or not immediately tackling the sink full of dishes, and sleeping instead.

Some couples plan a whole week’s schedule for sleep in advance, but O’Neil warns that a long-term plan might be too tricky to stick to. Instead, just focus on the next 24 hours—how can you split shifts to make sure you both get some rest?

“We’re constantly tallying up who did what, especially when we’re tired—so pretty much always! We’ll go so far as listing everything we did over a day.” — Geri W.

What to do: Lay down your weapons, and hand over your martyr badge.

Remember: You two are on the same team. Instead of making lists after the fact, think ahead to the future. Make one master list of everything you both need to do and then divide it up. Make a blueprint for tacking all the to-dos that seems fair and that you both can agree on.

“My wife says I’m on my work email and phone too much when I should be focused on family.” — Fred T.

What to do: Set aside a time and place for working at home.

In an age where more people have the ability to work remotely, we’re faced with the tricky problem of not always being able to detach from work. But remember—your kids are only little for a short time. When you’re with them, be present. This means designating a certain room, or even a chair or desk, as a home workspace—and specific times when each of you takes a turn there. When you or your partner is working, the other should respect that time. But when you’re not in the work seat, put down the cell phone, close the laptop and enjoy some quality family time. You’ll regret it one day if you don’t.

What to do: Step back, even if it’s hard.

The parent who’s around baby most usually feels in charge of how things should go. But if you find yourself constantly telling your partner how to parent, he or she will never know the basics. Plus, you may end up resenting always having to be in control. So take a close look at what they did “wrong.” Was the juice that big of a deal? If it’s not critical in the grand scheme of raising your child, just let it go.

“I work really hard for our family, and I never feel like it’s enough for her.” — Cameron B.

What to do: Say what’s on your mind.

It’s easy to feel like all you’re doing for your family and the new baby isn’t appreciated. But remember, it goes both ways. It doesn’t take a grand gesture—maybe a small “thanks for cleaning out the diaper pail” or “wow, you really dress our baby in cute clothes.” A compliment here and there creates a more positive, supportive dynamic between you two. And, if you’re the one who needs a little more validation, speak up. Tell your partner exactly what you need to hear to feel valued—sounds self-explanatory, but so many of us don’t manage to actually be open and honest when we’re trying to survive the new-parent phase. If you need help identifying one another’s emotional needs, marriage counseling apps like Lasting can help.

“He wants to do it at as often as we did before we had kids, but by bedtime after breastfeeding all day, I need space.” — Jennifer G.

What to do: Schedule some romance.

There’s no wrong way to feel here—you both are right. Try to see your partner’s side of it—what would it be like if you two didn’t talk for a week? For some, that’s what it feels like to not have sex for that long. Is there anything that would put you in the mood? Maybe it’s more one-on-one conversation, fewer chores during the day or a little extra romance (chocolates and a rom-com, anyone?). If so, speak up.

Some new parents find that switching up the time of day they have sex helps—after all, aren’t you completely exhausted by nighttime? Heck, why not schedule some sex? Seriously, like an appointment on the calendar. Sure, it sounds not-so spontaneous or exciting, and it might not be at first, but eventually, once you’re both back in the swing of things, you’ll get back into your old groove.

*Names have been changed.

How to Rev Up Your Sex Life After Baby

What Makes These 10 States So Great for Working Dads