How to Treat Croup in Babies

Does baby’s cough suddenly sound like a barking seal? Here’s what to know about croup and how to ease your child’s breathing. 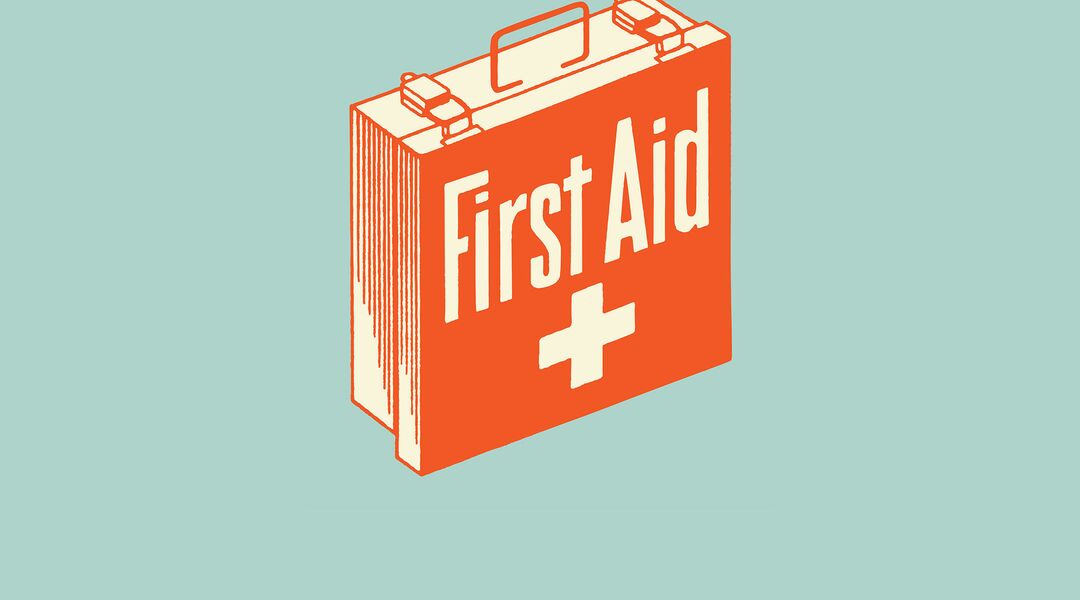 If you’re awakened in the middle of the night by a strange barking sound coming from baby’s room, chances are she’s suffering from a case of croup. Croup in babies is pretty common and can often be treated at home—but that doesn’t mean it’s completely harmless. You’ll want to keep a close eye on your little one and try to calm her cough as quickly as possible. Read on to learn everything you need to know, including telltale croup symptoms and the different treatments you can try at home.

In this article:
What is croup?
What causes croup in babies?
Baby croup symptoms
Baby croup treatment
How long does croup last?

A lot of parents think croup is a virus that baby can catch, but that’s not exactly the case: While a virus can potentially lead to croup, the term itself refers to the inflammation of baby’s larynx, trachea and bronchial tubes, which partially blocks baby’s upper airway. “Babies already have a narrow upper airway, so croup can make it very difficult for a baby to breathe,” says Steve Silvestro, MD, FAAP, a Washington, DC-based pediatrician and host of the podcast The Child Repair Guide. “The younger the baby, the narrower the airway, making the youngest of babies the most at risk for difficulties.” Croup typically strikes during the cold-weather months and is most commonly seen in kids between 6 months and 3 years old.

What Causes Croup in Babies?

A number of common viruses can (but not always) lead to croup in babies and young children, including parainfluenza, RSV and the common cold virus. As the viral infection begins to inflame baby’s airway, her voice will become hoarse and progress into the croup cough.

While croup itself isn’t contagious, the viruses that cause it are, and can be easily spread through droplets from coughs and sneezes. So if baby has a case of croup, she should stay home from school or day care.

Of all the croup symptoms, the most typical is the croup cough, which sounds like a barking seal and is often accompanied by a coarse, grating respiratory sound or a high-pitched wheezing noise when baby inhales. “My son had croup. It never got to the point of breathing difficulties, but it sounded awful,” says Bumpie Clevebride07.

The cough usually sets in at night (convenient, we know!). In addition to the classic croup cough, baby may have other symptoms similar to a cold or respiratory virus, like a fever or runny nose. Sometimes kids with croup have trouble breathing. If you can’t get baby to stop coughing, or if you spot signs that baby is in respiratory distress—such as blue- or grey-tinted lips or listlessness—head to the emergency room. There, doctors can give baby oxygen and administer an oral steroid to quickly open his airway.

Is it croup or RSV?

While RSV (respiratory syncytial virus) can lead to croup, they’re not the same illness. In a comparison of croup vs RSV, babies with croup will have the barking, seal-like cough, while babies with just RSV are more likely to have wheezing, Silvestro says.

Is it croup or whooping cough?

These two childhood illnesses both have hallmark coughs. So if baby’s got a bad cough, how do you know if it’s croup vs whooping cough? “The difference between croup and whooping cough is that croup is a viral illness but whooping cough is a bacterial infection,” explains Danelle Fisher, MD, FAAP, chair of pediatrics at Providence Saint John’s Health Center in Santa Monica, California. “Whooping cough is characterized by a deep cough that causes baby to become out of breath.” In severe cases, the high-pitched whooping sound comes at the end of the cough, Fisher says, as baby tries to catch his breath, and is often followed by a bout of vomiting.

There are two main forms of at-home croup treatment, and while they’re exact opposites, Silvestro says, both have the same effect of helping to open baby’s airways.

• Cold air. Wrap baby up in blankets and open the window, go for a walk around the block or sit on a bench for 10 to 20 minutes—the cold night air does wonders, Silvestro says. Parents on their way to the emergency room often notice that baby’s symptoms get better by the time they arrive. If it’s not cold outside, open the freezer door and let your child breathe in the cool air.

• Shower steam. Bring baby into the bathroom and close the door, then run the shower as hot as it will go, letting steam fill the room. According to Silvestro, baby’s airway should naturally begin to open up after 10 to 20 minutes. “My 2-year-old had it for Christmas this year. He needed some steroids and a breathing treatment, but usually cold air or steam from the shower can calm down the breathing,” says Bumpie ElleMF728. “It lasted about two weeks, although the first week was the worst. We used to take him into the garage in the evenings before bed since it was chilly in there but without wind and snow.”

If neither of these croup remedies help, call your pediatrician, who may prescribe steroid medications that can relax baby’s airway and help her breathe more easily. But because croup goes away when the initial virus goes away, it’ll resolve on its own in a few days and doesn’t require antibiotics.

How Long Does Croup Last?

The barking croup cough typically lasts for a few nights and then turns into a more congested cough. Don’t worry, though—this is actually a common progression of croup and doesn’t mean it’s getting worse.

Croup runs a course similar to the flu. It often sets in with little warning, with the worst symptoms appearing over the first two to three nights, Silvestro says. While the duration of the croup cough is relatively short, it may take a week or two for baby to fully recover. “My daughter has had croup several times,” says Bumpie Victoria1212. “The cough would clear up in three to four days and she’d be back to normal within about a week.”

What You Need to Know About RSV in Babies

What to Do When Baby Gets Sick