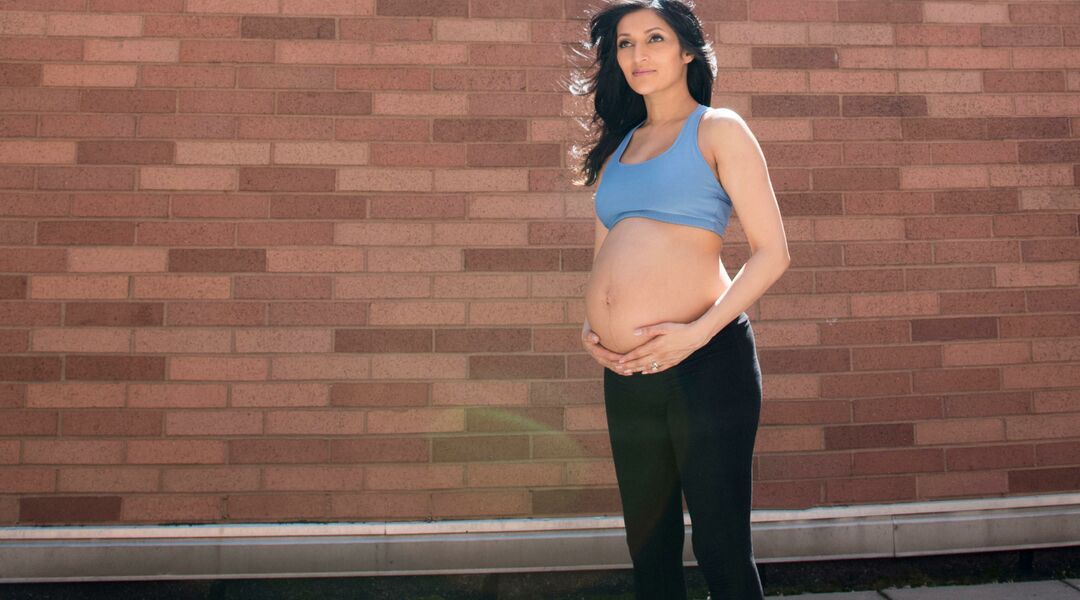 The latest study finds that expectant moms should get as little as 20 minutes of exercise in at least three times a week if they want a smarter baby. The study, presented at the Neuroscience 2013 conference over the weekend, was aimed at moving exercise when you’re expecting to the forefront of every mom-to-be’s mind.

For the study, researchers assigned 60 women to two random groups: The first was women who were provided with an exercise routine and the second was women who were not. All of the women were asked to keep a daily exercise log — and they also wore pedometers and accelerometers so that researchers could keep track of their level of activity.

Once the women gave birth, researchers recorded each newborn’s brain activity levels at 8 through 12 days of life. Élise Labonté-LeMoyne, study researcher, said, “We measured directly the brain activity, so it’s not a behavioral test or neuropsychologic test, it’s really specifically the brain that we were looking at.” And their findings supported the hypothesis that babies of moms who exercised had brains that were more fully developed.

So, how does the study match up against the current recommendations for moms-to-be? It gives women a little bit more flexibility in their prenatal workout routines, so you can feel good about exercising_ less_. Current guidelines from the American College of of Obstetrics and Gynecologists state that pregnant women should exercise about 30 minutes daily.

_ Looking for some prenatal workout ideas? Check these out: _

How to Fit Prenatal Exercise Into Your Busy Schedule

4 Pregnancy-Safe Exercises to Add to Your Routine

5 Ways to Change Your Workout Now That You’re Pregnant

Best Exercises to Ease Back Pain

Pregnancy-Safe Exercises to Do Outdoors