Guilty Father Syndrome: How to Cope With Dad Guilt

Being a new dad can be an emotional roller coaster. Be sure to lock yourself in for the ride. 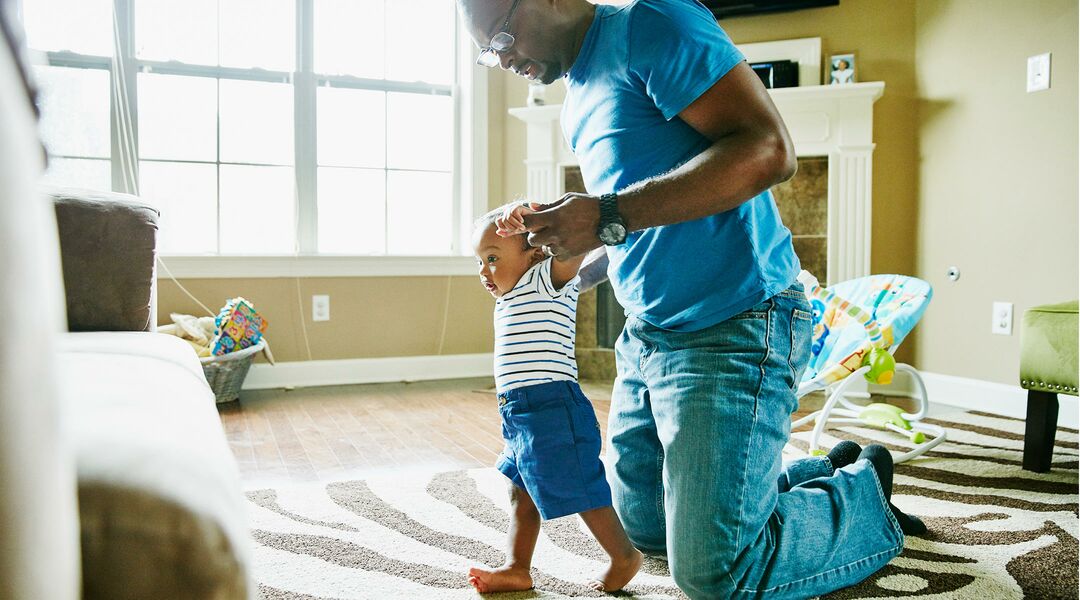 Maybe you thought having a kid wouldn’t change things — at least, not that much. You were wrong, of course. Things have changed, and not always for the better. Let’s be real: Your partner is more focused on someone other than you for the first time in your relationship. Meanwhile, all that freedom and independence that used to allow you to say, “See you in an hour, honey, I’m going to the gym” and “Don’t wait for me for dinner, I’m getting together with the guys is gone. And that can be tough.

Don’t take this the wrong way, but “men are socialized to be more I-focused rather than we-focused,” says Dr. Josh Coleman, Ph.D., a psychologist and senior fellow at the Counsel for Contemporary Families at the University of Texas in Austin. “Making that switch once you have a child can be difficult for dads, and leads to unexpected stress.”

At the same time, you might be feeling another unexpected emotion: guilt. Because even if you wanted to, there are aspects of new parenthood you just can’t share in. Like middle-of-the-night breastfeeding. Cries that only your wife seems to be able to soothe. Heck, let’s just start with childbirth itself. Take comfort in knowing that much of this guilt stems from falsehoods perpetuated about parenting. “There simply is no such thing as 50/50 parenting,” says Ellen Galinsky, president and co-founder of Families and Work Institute in New York. “It’s one of the biggest myths in our culture. Parenting is a ratio that shifts all the time. Sometimes she does more; sometimes you do more. Not everything is equal at every moment.”

That said, millennial dads in particular want to be more involved in caring for their new child, says Galinsky. “Men today have tripled the amount of time they spend with their kids compared with previous decades,” adds Coleman. So when you sense an inability to contribute, it’s normal to feel frustrated or guilty. Something else to consider: Experiencing guilt, loss, and anger could also be part of male postpartum depression (PPD). For years, medical experts thought women were the only ones who suffered from postpartum depression, but a study in the Journal of the American Medical Association found that 10 percent of new dads experience it as well, which compares somewhat evenly to the 12 percent of women showing symptoms. The condition is marked by feelings of sadness, worthlessness, and withdrawal in your new role as a parent.

What’s more, a new study from the University of Southern California finds that post-baby depression in men is linked to a drop in testosterone levels, evidence that negative emotions surrounding new fatherhood are not just in your head. They’re biochemically based. Alleviating some of those emotions requires accepting that you had certain expectations about being a new dad that have not turned out to be true, Galinsky believes. Reconsider your belief that all parenting should be split right down the middle; try to see it as a ping-pong match, and think of ways to contribute when it’s your turn. For instance, “when the baby is crying in the middle of the night, be the one who gets out of the cozy warm bed, walks to the crib to get him, and carries him back to the mom for nursing,” suggests Coleman. “Help her, not the baby,” agrees Galinsky. “We’ve found in surveys that what women want most is a partner who takes care of them during this time.”

You can also offer to spend time alone with the baby, allowing your partner a much-needed break. “Just don’t be surprised if she goes out and calls you every 5 minutes to check on things,” says Galinsky. “Bite your tongue, it’s totally normal.” Take satisfaction in knowing you are doing your part to make the new parent dance a little easier — and that’s nothing to feel guilty about.