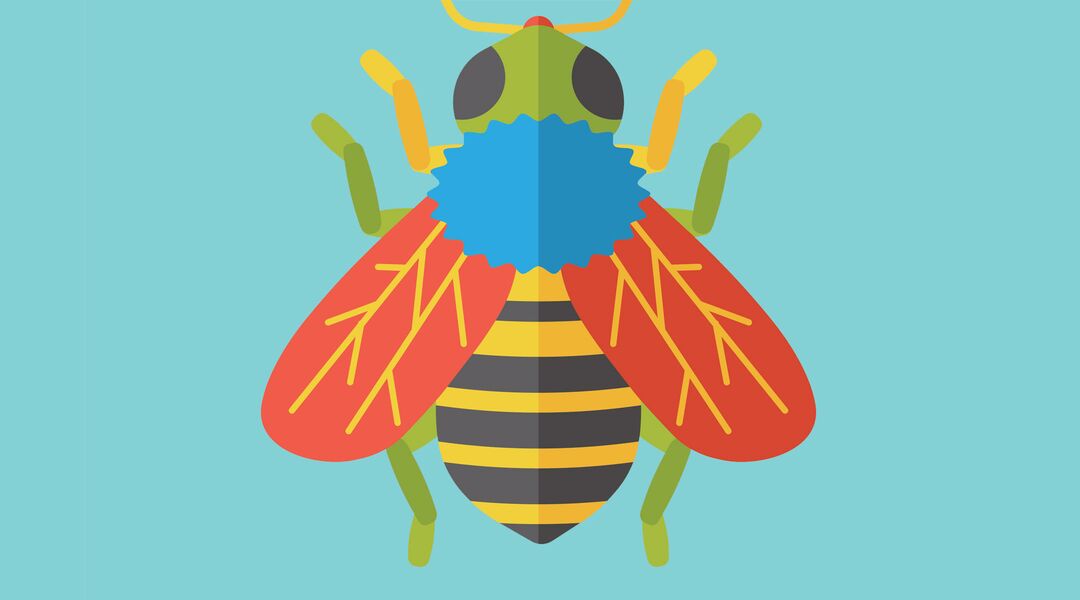 How to Treat Insect Bites on Babies

Bug bites are a nuisance, but usually not a problem. Here’s what you need to know if baby gets bit.

Itchy insect bites can be a real pain, and unfortunately babies and toddlers aren’t immune. Mosquitoes, flies, ants and other bugs can bite your child, just like they bite you. The good news is insect bites aren’t usually cause for concern and can generally be soothed with creams, medicine and a little extra TLC.

Symptoms of Insect Bites on Babies

Most bug bites are red, raised bumps. They may be itchy (think: mosquito bites) or somewhat painful (think: deerfly bites). Sometimes, the insect bite will have a blister-like area at the center.

Trying to figure out if that’s a bug bite on baby? If you’ve spent time outside with baby and she develops red, raised bumps on different parts of her body, she was probably bit by an insect. Another clue: If the rest of the family is scratching mosquito bites, you can be almost positive that the red bumps on your child are mosquito bites.

How Common Are Insect Bites on Babies?

That depends on the baby. If yours spends a lot of time outside in natural areas, he’s probably more prone to bites than a child who spends most of his time indoors with the windows tightly shut. Weather also plays a part. Mosquitoes, flies, ants and other insects are most active in warm weather, so insect bites are most common in the summer months and in the southern states.

How to Treat Insect Bites on Babies

Most insect bites just need comfort measures. Applying a cool washcloth or ice cube wrapped in a towel to the bite area can help ease the itching. You can also use topical hydrocortisone cream or a paste made up of baking soda and water. Applying firm, direct pressure to a bite can help decrease the itching temporarily, but it’s tough to get a baby or toddler to sit still long enough for it to help.

As for safe medicines, you can give an oral antihistamine (Benadryl) to relieve itching, and use acetaminophen (Tylenol) or ibuprofen (Motrin) to ease any discomfort from painful bites. Ask your pediatrician for dosage instructions based on baby’s age.

Watch the insect bites for any signs of infection. If they get persistently red, and the redness spreads, instead of easing up after a few days, or if there’s a funky discharge, you might want to consider taking your child to the doctor to be checked out. Simple infections can be treated at home with antibiotic ointment.

Also keep a lookout for symptoms of an allergic reaction. Some kids are allergic to insect bites, so if the swelling continues to get worse or if the redness migrates along the body, it’s time to visit the doctor. If your child has difficulty breathing or swallowing after getting an insect bite, call 911. She could be having a severe allergic reaction called anaphylaxis.

How to Prevent Baby From Getting Insect Bites

“Avoid being outside in the evening when the mosquitoes tend to be out a lot, and avoid stagnant bodies of water,” says Alanna Levine, MD, a pediatrician at Orangetown Pediatric Associates in Tappan, New York.

What Other Moms Do For Insect Bites on Babies

“California Baby makes a bug repellent. It’s good for short durations or if you reapply frequently. My pediatrician also recommended Avon Skin So Soft Bug Guard Plus Picaridin. It’s a safe alternative to DEET and only needs one application. I have both. I use the California Baby for going to the playground or some other short outside trip and the Avon when we’ll be outside for extended periods, like a BBQ. I think calamine or maybe some topical Benadryl or even an oatmeal bath may help for the itch [if baby does get bitten].”

“My daughter is very sensitive to mosquito bites and always has huge welts when she gets bit. I usually give her Benadryl for them. A pediatrician told me that I could also use 1 percent hydrocortisone cream on them.”

“Last year, my son had a few big bug bites that caused extreme swelling—three on his face, closing his eye! One got infected too. Well, he has another near his eye, and it’s huge. I called the pediatrician today, and she said that the chance of him getting another eye infection is incredibly low, but it’s pretty red and the swelling is getting worse. She suggested giving him Benadryl, which I did before bed.”