Q&A: Is DEET Okay for Baby?

I'm confused about the safety of DEET. I know that I'm supposed to be getting a bug spray repellant that contains DEET for my 5 month old, but I thought that was the chemical that in the past we've been trying to avoid. Are there any known risks to using DEET on infants? — mrshutch
facebook
twitter
copy link
email
save
ByVicki Papadeas, MD
Pediatrician
Updated March 2, 2017 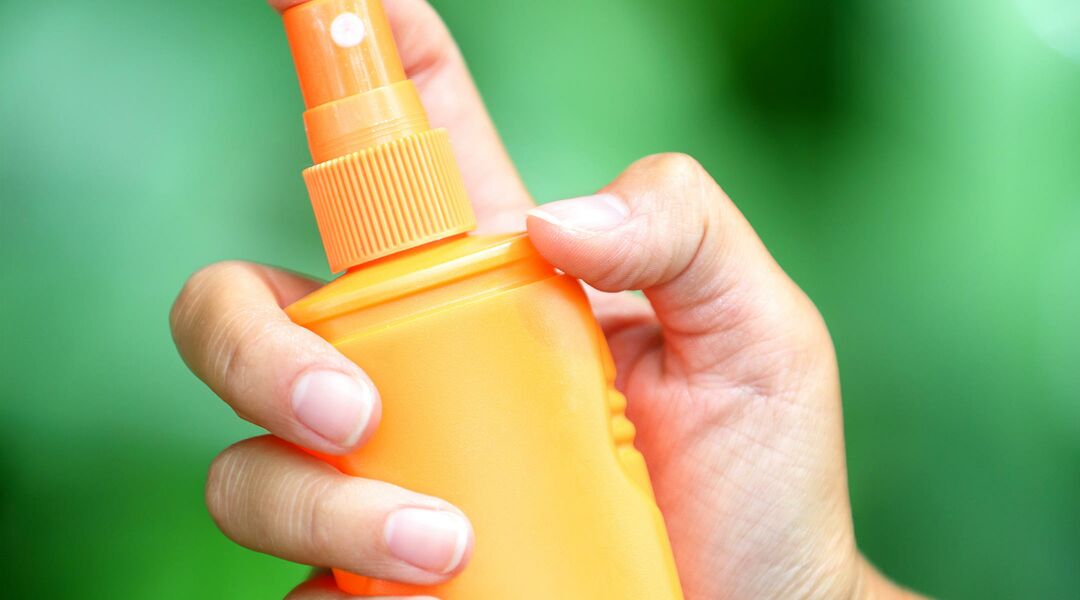 DEET has been used safely for many, many years and it works well to prevent insect-borne diseases.  In fact this long safety track record is why the American Academy of Pediatrics (AAP) recommends DEET for infants over 2 months of age.  Of course it would be nice to avoid all chemicals _but _you have to remember that insects also carry some very serious diseases. (Encephalitis, Lyme, Rocky Mountain Spotted Fever, Malaria — just to name a few!)

That said, the AAP offers some simple guidelines to minimize exposure:

DEET should not be used in a product that combines the repellent with a sunscreen. Sunscreens often are applied repeatedly because they can be washed off. DEET is not water-soluble and will last up to 8 hours. Repeated application may increase the potential toxic effects of DEET.

Apply DEET sparingly on exposed skin; do not use under clothing.

Do not use DEET on the hands of young children; avoid applying to areas around the eyes and mouth.

Do not use DEET over cuts, wounds or irritated skin. Wash treated skin with soap and water after returning indoors; wash treated clothing.

Avoid spraying in enclosed areas; do not use DEET near food.

There are some newer insecticides on the market but as of now they do not have to safety and efficacy track record of DEET.  For this reason I do believe DEET is actually the safest way to go and enjoy the outdoors.