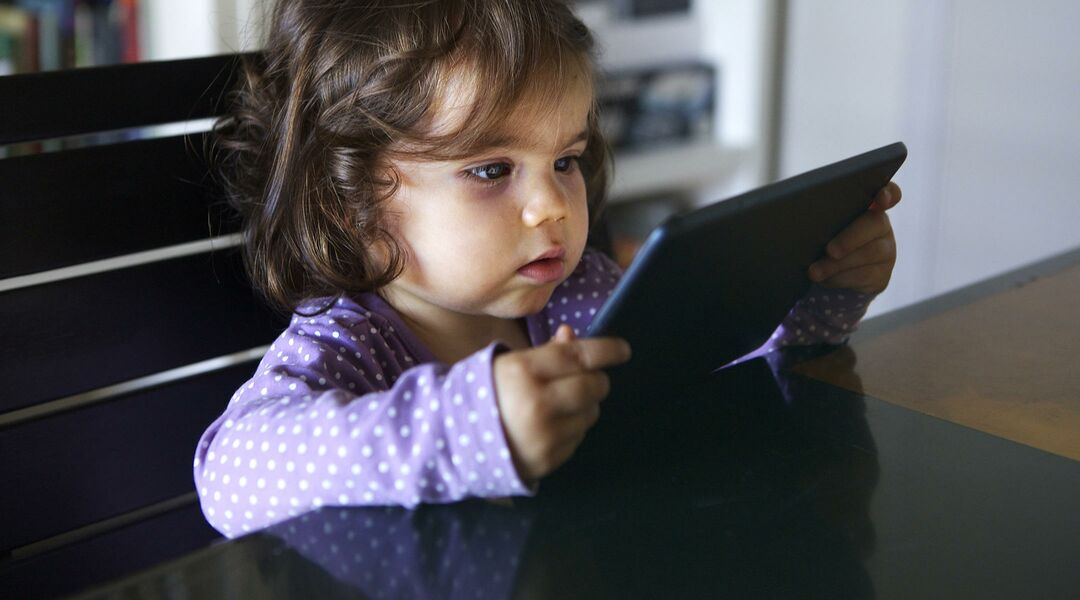 Forget walking and talking; the mobile media milestone comes first for many babies.

A new study published in Pediatrics confirms that kids as young as one are using tablets for more than 20 minutes a day on average.

The American Academy of Pediatrics advises against screen time for infants under age two, explaining that interacting with people — not screens — best facilitates learning and development. But these new findings aren’t necessarily a bad thing.

Earlier this year, a study presented at the Pediatric Academic Societies annual meeting showed that 36 percent of babies have used a touch screen or scrolling screen device before their first birthday. And that’s not all these smart babies are capable of doing: 24 percent have called someone, 15 percent have used apps and 12 percent have played video games.

Study authors surveyed 370 parents of children between the ages of six months and four years, and were surprised at their findings. “We didn’t expect children were using the devices from the age of six months,” says lead author Hilda Kabali, MD. “Some children were on the screen for as long as 30 minutes.”

These statistics make sense based on the prevalence of these devices in households; results also indicate 97 percent of homes have TVs, 83 percent have tablets and 77 percent have smartphones.