Advice for dads-to-be that’s more useful than anything else they’ll hear. Period. 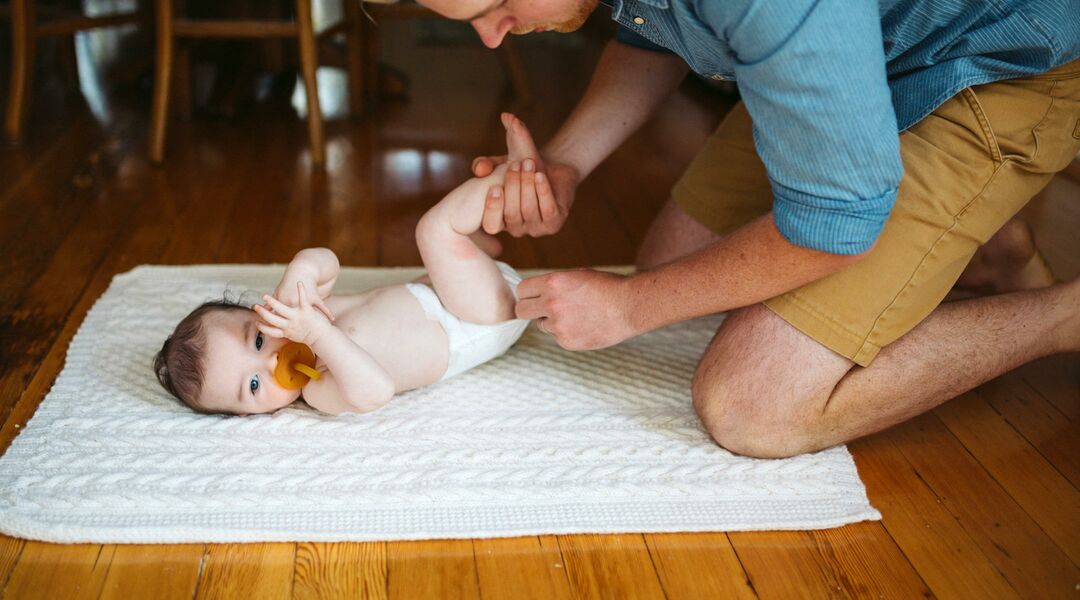 1. You’ll sometimes think you made a huge mistake.

It’s normal every now and then to secretly wonder why you ever had a kid in the first place. Forgive yourself these occasional moments of self-doubt and, from time to time, let yourself mourn your pre-parenthood life. These moments will be short-lived.

Most people are intimidated by the idea of boarding a plane with an infant, but this is, in fact, the best time to hit the road. At three months old, a bottle or boob is all that’s required to keep them entertained. They have few needs and fewer opinions, so there’s no difference (for them) between Cozumel and Cleveland. Go get a tan while you still can.

Much of your time will be spent getting things off the floor. At first, it will be all manner of bodily fluids, but soon enough, you’re going to be dealing with everything from Cheerios to banana slices. Later, the list will grow to include things like glitter, dirt, forgotten bacon and pretty much anything that can be shredded by small hands. And the clunky upright is too annoying to drag out four times a day.

4. It’s perfectly acceptable to make an entire dinner in the microwave. That’s it.

One of the most heartbreaking sights is that of a parent and their young child in a shouting match trying to see who can out-tantrum the other. Children are an endless source of joy, but only when they’re not being an endless source of frustration. Breathe deeply and never let yourself escalate to the level of irrational fury that your little one occasionally inhabits. A two-year-old has the right to act like a child; you do not.

6. Accept all offers to babysit. Repeatedly.

There’s a weird lag time between when a child is ready to be left with someone (which is pretty much once they can bottle-feed or go four hours between nursing) and when the parents are ready to leave them (which is often much later). Fatigue and frustration are cumulative, and you need a break long before you realize you need one. Your wife may (or may not) protest, but do your best to talk her into letting you take her out on a brief date. Everything looks more manageable and more joyful after a good meal and a glass of wine.

7. Hand-me-downs are more than okay.

Not only are secondhand baby things easier on the wallet and the environment, it’s a lot less agonizing when you find yourself on the fourth outfit of a craptastic kind of day (which, trust me, you will).

8. Make time for the other relationships in your life.

Not only is it important for your child to know there’s more to the world than you catering to their every need, but you’re also teaching them a very important lesson about what it means to have a full, loving life. Seeing you in the role of good friend or devoted spouse is a way for your kids to learn what it means to actually be a good friend or devoted spouse.

9. There’s no such thing as using too many wipes.

There’s no prize for using every last corner of a towelette, and it’s shockingly difficult to get the smell of baby crap off your hands. At three cents per sheet, everybody’s hygiene and gag reflex are well-served by the generous and preemptive use of wipes.

You’re a full, equal partner in turning a small, fragile sack of fluid and bones into a loving, decent, healthy citizen of the Universe. Never let the fact that other people aren’t sure what to do with a man between conception and Little League fool you into thinking that you’re anything less than critical to every step of the process. Be informed, aggressively involved and as in love as you’re capable of letting yourself be.

You can catch writer and TV personality JD Roberto on The Better Show, a nationally syndicated talk show (check local listings), on Twitter @jdroberto and on his blog at _ www.TheHandsOnDad.com._

How Big Is Baby?: Dad-to-Be Edition

Confessions of a New Dad