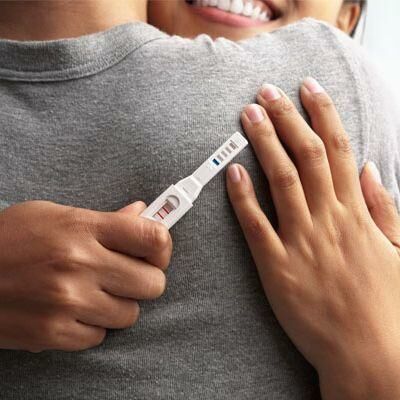 It’s no secret that attempting to create a test tube baby with IVF is a difficult and tedious process. A single attempt can cost upwards of $17,000, and only one-third of IVF cycles stick. If you’re having trouble conceiving naturally, however, the process of IVF is about to get a little easier.

The FDA recently cleared a product made by Auxogyn, Inc. — a company that exists to advance women’s reproductive health — called the Eeva System. This non-invasive, prognostic test basically looks at embryos and helps doctors figure out which ones are the most viable — and therefore, which ones are the most likely to become babies. Before, doctors had to eyeball embryos to decide which ones looked the most likely to work; now, the whole process is a lot more, well, scientific.

The Eeva System was cleared for sale in the European Union in 2012 and in Canada last year, so it’s not exactly brand new in the global market. This is the first time, however, that it will become available in the United States. It’s not intended to replace genetic testing, but to make the process easier for people who are trying to conceive via IVF.

“It’s helpful beyond words,” says Michael Glassner, division head of infertility for Main Line HealthSystem in Pennsylvania. “It’s going to give more clarity to the patient. It’s going to give a higher pregnancy rate. The miscarriage rate goes down. It’s just going to change the field.”

The Eeva System will be commercialized in the US later this year, but as a point of reference, patients in Great Britain pay about the equivalent of $1,343 to use Eeva in fertility clinics.

Have you tried to conceive via IVF? What was your experience?