“I’ve come to realize from firsthand experience just how in depth pregnancy is, and how much it truly can be a miracle to carry a baby and to deliver a baby, and have a healthy baby.”
save article

The journey to motherhood isn’t always easy, and it comes in many different forms. Now, author Tess Kossow is trying to teach kids born through in vitro fertilization (IVF) that they’re “completely normal” through her children’s book I’m Very Ferris: A Child’s Story About In Vitro Fertilization.

The picture book celebrates the birth of Kossow’s son, Ferris, and is told from the point of view of a child. “I wanted to go with something that would resonate [with little children] and get across the point of IVF,” the author told PEOPLE in an interview. “It’s a rhyming book. The pictures speak a thousand words.” 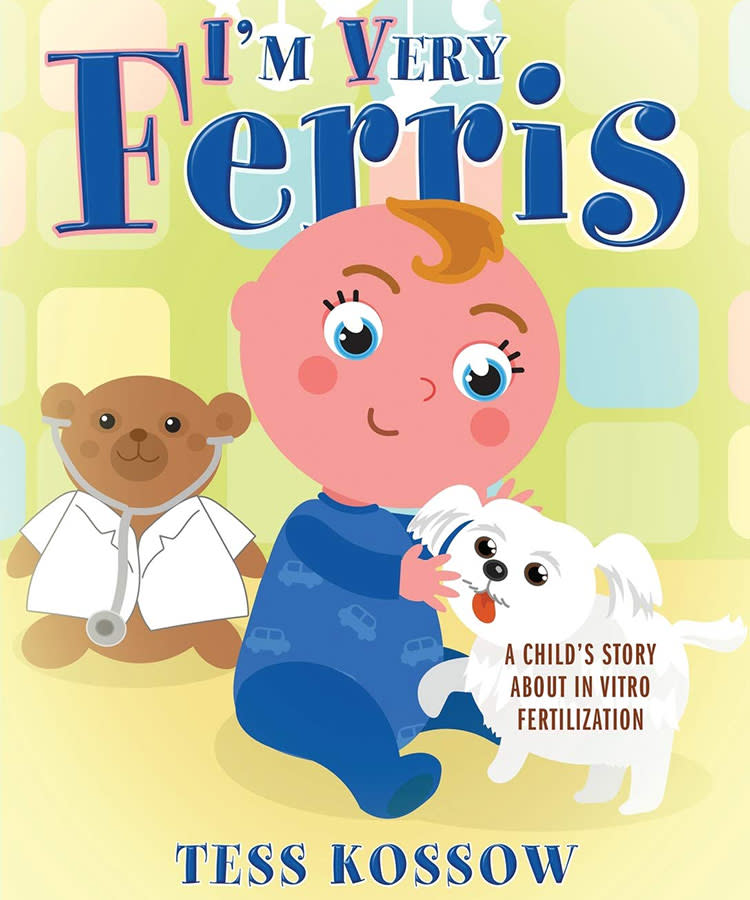 The book also acknowledges how difficult of a journey IVF can be and aims to both educate and encourage expectant parents. With all the misinformation out there on miscarriage and infertility, it can be hard to tell fact from fiction. With her book, Kossow hopes to tell women who have miscarried, “It’s not your fault. There’s nothing you could have done.”

Kossow herself struggled in her journey to motherhood. “We had problems on both sides,” she told PEOPLE in an interview. “We were completely caught off guard that we were candidates for IVF.” She and her husband, Dan, married in 2014 and had been trying to conceive for a year, after which they were told they had less than one percent chance of natural conception. Learning that IVF could increase their chances to 73 percent, the couple tried it. They had two viable embroyos, and Kossow devastatingly suffered a miscarriage after the first was planted. The second led her to Ferris, who was born in April 2018, PEOPLE reports.

“I’ve come to realize from firsthand experience just how in depth pregnancy is, and how much it truly can be a miracle to carry a baby and to deliver a baby, and have a healthy baby,” Kossow told the outlet.

With her book, which is on sale on Amazon, Kossow wants to tell couples trying to conceive that IVF can be successful and kids conceived through IVF are no different than the rest. “I can’t believe that I actually did this,” Kossow told PEOPLE. “Often Dan and I will say, ‘We made him. We had some help, but we made him.’”