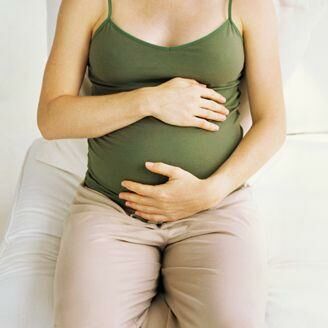 The latest research out of The University of Manchester and Central Manchester University Hospitals NHS Trust have identified proteins in a woman’s blood that could be used to predict whether she’s at increased risk of developing preeclampsia in her first pregnancy. The research was first published in the journal Molecular and Cellular Proteomics.

Preeclampsia is fairly rare (occurring in 5 to 10 percent of pregnancies) and usually pops up between week 20 and a few days after delivery. There seems to be some genetic link, so pay special attention to warning signs if your mom had preeclampsia. Risk is also increased in women with chronic hypertension, blood clotting disorders, diabetes, kidney disease or certain autoimmune diseases, as well as those who are obese, older than 40 or younger than 20, or carrying more than one fetus. Keep an eye on your body, and let your doctor know if your hands, face or feet swell excessively or if you gain more than four pounds in one week. Other warning signs include vision change, intense pain in the upper abdomen, nausea, vomiting and severe headaches. If you’re diagnosed with the condition, your doctor will monitor you very closely, limit your activities, and may induce labor a bit early.

Though women who have had preeclampsia previously are at higher risk of recurrence and are closely monitored during their second, third (or more) pregnancies, there was no way of determining which first-time moms were also at risk. So, researchers led by Dr. Richard Unwin and Dr. Jenny Myers from the Manchester Biomedical Research Center analyzed samples that were collected as part of the International SCOPE Study (performed at 15 weeks of pregnancy). The tests were performed before any clinical signs of disease are present. From the analysis, researchers were able to identify proteins in a woman’s body that differed amongst those who would later develop preeclampsia and those who did not.

After identifying the proteins, researchers studied three them further — using a large number of pregnant women. Two of the proteins, which have not previously been linked to preeclampsia risk, were showed to be at least as good a predictor of disease risk as the current best marker, which is placental growth factor. These two new potential markers are called pregnancy-specific glycoprotein 5 and 9 ( PSG5 and PSG9 ) and researchers believe that the ability to identify these proteins will have a “significant” impact in first-time pregnancies.

Myers added, “We hope that these two new markers will be of benefit in the future for women at risk from pre-eclampsia to allow early intervention and/or closer monitoring. We also hope to understand the biology of the disease better by determining why these proteins are higher in women with pre-eclampsia and whether they have a role in the development of the placenta.” While Unwin said, “What we have also done here is to develop a suite of laboratory methods which can identify and begin to validate real disease markers from patient blood samples, even before symptoms have developed, and we are hoping to continue applying these methods to other major diseases, such as diabetes, Alzheimer’s disease or stroke.”

Do you think a test like this will be beneficial for first-time moms?

What to Do for a Fever During Pregnancy
ADVERTISEMENT

Q&A: Are Viruses Like Cold or Flu a Danger to My Unborn Baby?
ADVERTISEMENT