What SMILF Actually Gets Right About Single Parenthood

There’s a lot of buzz around the new Showtime series, but how close to reality does it really get? Here’s one single mom’s honest take. 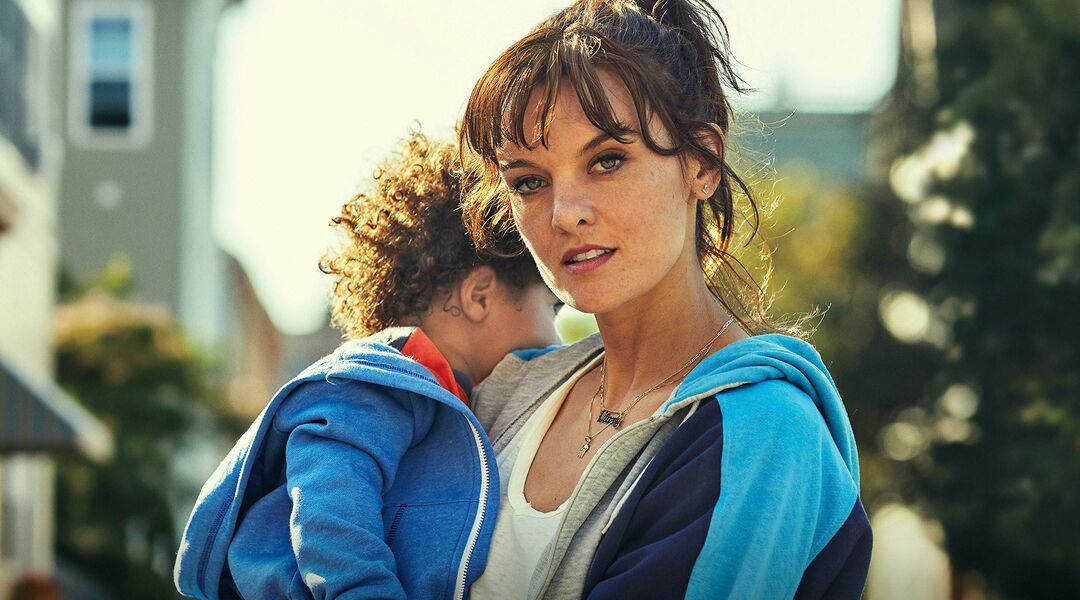 When I heard about SMILF—the new series on Showtime starring, written and directed by Frankie Shaw, who loosely bases the show on her experience as a single mom trying to break into the LA acting scene—I didn’t want to like it, especially after friends and family told me how much I would relate to it. Yes, I’m single and a mom (my daughter is 2 and her father isn’t in the picture), but I hate what the “single mom” descriptor connotes in our contemporary culture: someone frazzled, exhausted and barely holding it together.

There’s definitely some of that in SMILF. The main character, Bridgette, is in her mid-twenties and cobbles together money from freelancing jobs while still dreaming of a more glamorous future life. She talks about her insecurities graphically and out loud, and she relies on her mother a lot, for both childcare and emotional support. It’s clear she loves her son, but she seems to be exasperated and hanging on by a thread.

That hasn’t been my experience. While I’m not exactly a single mom by choice, by the time I had my daughter, Lucy, I was in my early thirties, had established a career and felt, if not flush with cash, then at least financially comfortable. Even though I didn’t have any family help during the newborn days—my mom died when I was 28 and the rest of my family doesn’t live nearby; when I went into labor, I took the subway to the hospital by myself—I didn’t feel especially stressed out or overwhelmed. Maybe it’s because I’m in my thirties, but I feel like I have more in common with my parent friends (who are partnered) than my single friends, since I can talk to them about daycare, toddler eating habits and gossip gleaned from second birthday parties.

Or at least that’s what I like to tell myself. But to be honest, despite my tough “I’ve got this” façade, as I watched SMILF I realized how much I have in common with Bridgette, even if I didn’t want to admit it. In an early episode, she has sex for the first time since childbirth. Of course, it’s an awkward milestone for any mom post-delivery, single or not—but being intimate with a caring long term partner is pretty different than seeing a new date or an old friend-with-benefits. That scene, and the memories it brought up for me, hit home in a way that my married friends would never be able to relate to.

Being a single mom is a unique experience, especially if it’s a camp you’ve been in your entire mom life, either because your child’s father isn’t in the picture at all (as in my case) or because that person only sporadically shows up (as in Bridgette’s). On one hand, you’re going through the same things your married mom friends are—you worry about weird baby rashes and spend way too much time reading inane messages in Facebook mom groups. But on the other, at the end of the day, it’s just you. You’re the one who’s held wholly accountable for your child’s health and happiness, and that responsibility can get intense.

What I love about SMILF is that while it shows the drudgery and stress that can come with being the only parent consistently in your child’s life, it also reveals the fierce bond that comes from being a cozy team of two—a sign that Shaw really gets what being a single mom is all about. Bridgette and her son Larry Bird (yes, named after the legendary basketball star) giggle together, play games and clearly enjoy each other’s company, which is an important nuance that’s been missing from so many contemporary portrayals of single parenthood. One of the huge benefits of the life Lucy and I lead is that there are only two of us in it. That means no disagreements about parenting strategies. What I decide goes, which gives me incredible freedom, flexibility and joy that married moms may not understand.

Here’s the thing: Bridgette’s character is confused, scared and the type of person who, if I were her friend, I’d like to slap once in awhile (or at least send her a strongly worded text). She’s not exactly a role model. But what I realized after thinking about the show—including some graphic scenes (in one, she tries to have sex, hidden under a pile of blankets, with her sleeping toddler nearby)—is that this is exactly the point: She’s not supposed to be a role model. And why should she be? Single moms are still trying to figure everything out, just like everyone else. We’ve been the subject of so much stereotyping (either we’re making the ultimate sacrifice or are incredibly irresponsible) that a flawed character who wants what’s best for her kid while figuring out what’s best for herself is exactly what I didn’t even know I needed.

So would Bridgette and I be friends? Probably not. Being a single mom doesn’t necessarily indicate compatibility. But would I privately cheer her on and give her an “I get it” smile from across the playground? For sure. And I’d trust that she—just like me, just like any other mom—can find her own unique path to become the best person she needs to be.