Surprise! How to Make Baby Smarter 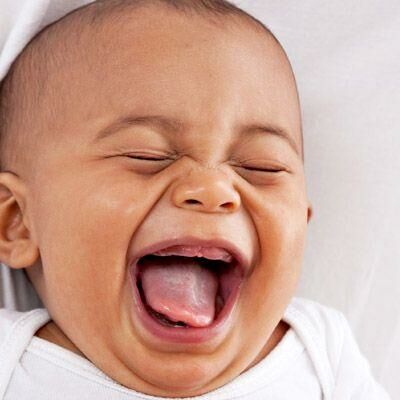 Your mundane game of peekaboo just got a whole lot more meaningful; a new study shows that surprises and unexpected events are critical to babies’ learning experiences.

Researchers from Johns Hopkins University essentially showed a group of 11-month-olds a series of magic tricks, testing their innate understanding of cause-and-effect. A researcher rolled a ball down a ramp, toward all wall at the bottom. Thanks to what study authors call “core knowledge,” even babies understand the ball should come to a stop.

“Some pieces of knowledge are so fundamental in guiding regular, everyday interactions with the environment, navigating through space, reaching out and picking up an object, avoiding an oncoming object — those things are so fundamental to survival that they’re really selected for by evolution,” says researcher Lisa Feigenson, a professor of psychological and brain sciences at Johns Hopkins.

So imagine a baby’s surprise when the ball goes further than expected:

Or when a toy car keeps on “floating” rather than crashing to the ground:

Curious babies were more willing to explore — and retain information about — the seemingly magical objects.

“Consider seeing a ball pass through a wall right in front of your eyes,” says lead author Aimee Stahl. “If you were given that ball to explore, you might want to test its solidity by banging it on a solid surface.” If that ball squeaks, a baby is going to remember.

The way that babies played with the objects indicated they were trying to learn. As for the truck that seemed to float? Babies were big proponents of dropping it, trying to replicate the magic.

If an object behaved as expected — like the ball stopping at the wall — babies were less interested in engaging with it.

The study, published in the journal Science, explains what motivates babies to learn and explore. Find more smart ways to engage baby here.