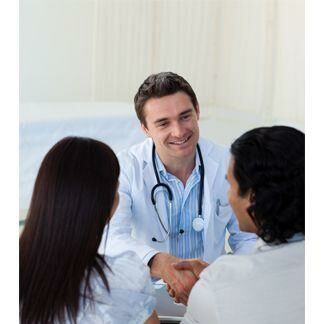 In vitro fertilization (IVF), one of the most common treatments for infertility, only works about one-third of the time — that is to say, only one in three IVF cycles results in a pregnancy. With a statistic like that, it’s understandable that doctors are trying to make IVF a more viable option for more women. One way they do this is by performing a hysteroscopy (basically a diagnostic inspection of the uterine cavity) after two or three failed IVF cycles. If there are growths or other issues in the uterus, doctors can then go in an operatively remove anything that seems to be causing a fertility-related issue.

For a long time, professionals have debated the merits of performing a hysteroscopy. A new study supports the claims of doctors who don’t think they’re helpful, suggesting that there’s no real benefit to having a hysteroscopy done when IVF doesn’t work. The study randomly evaluated over 700 European women who either used IVF with a hysteroscopy or IVF alone and compared how many got pregnant to how many failed to conceive. Between 2010 and 2013, the years that researchers studied, 31 percent of the women who had a hysteroscopy along with IVF got pregnant. 29 percent got pregnant with IVF alone.  There’s not enough discrepancy between successes rates of the women who had the procedure done and those who didn’t to make the claim that hysteroscopies are worth it.

It’s back to the drawing board for scientists who are trying to make IVF a more consistently successful procedure for patients.

What do you think the future of IVF is?