“I have to remind myself over and over that I’m only one person and I'm doing a great job, even when it can be so, so easy to believe the opposite.”

My husband Bennett and I had been married just under two years when we found out we were expecting. We were living in our cozy “one baby” starter home and I was driving a Corolla. Our eight-week sonogram was the shock of a lifetime, when our doctor told us there wasn’t just one strong heartbeat, but three.

Fast forward a year, and I’m now an SUV-driving mama of triplets living in a red brick house in the suburbs. It’s been a year of every emotion—indescribable joy, struggle, fear and excitement—all at the same time. There’s been a steep learning curve, but since giving birth to multiples, there are a few things I’ve figured out. Here are the big four.

1. The NICU Journey Is Hard

From the moment my husband and I found out we were pregnant with triplets, we knew we’d deliver our babies before 40 weeks (around 32 weeks is average for a triplet pregnancy), and that our babies could spend a significant amount of time in the NICU. I was aware the NICU often takes a toll on parents, but I told myself that wouldn’t be us, because we’d be prepared. We toured the NICU, had our long list of questions answered by neonatologists, and I got tips from other moms who had experienced the NICU. Born at 33 weeks, our babies had just under a month-long stay in the NICU. In the grand scheme of things, it was a fairly uneventful stay. And yet, it was very hard on us—and still is.

I was hospitalized with preterm labor at 30 weeks, dilated 2 cm and 70 percent effaced. Typically I would have been moved to antepartum to try to hold out as long as possible, but since my situation was unstable, I stayed in the labor & delivery ward in the room closest to the OR for weeks. We were prepped for emergency c-sections multiple times as the babies’ heart rates dipped for dangerous lengths of time. By the time I did deliver via a scheduled c-section and the babies went to the NICU, I was already traumatized from the end of my pregnancy.

A week into our NICU stay I was diagnosed with postpartum PTSD. According to a recent Wall Street Journal article, up to 30 percent of parents with premature babies who head to the NICU receive a diagnosis of PTSD, and another 30 to 40 percent experience symptoms that impair functioning. Despite assuring myself I’d weather this storm unshaken, I was up against some staggering odds.

Like every other mom, I dreamed of the moment I’d be handed my baby to hold for the first time. When the time came, though, I was shown my babies briefly (maybe seconds) as I was in and out of consciousness and they were being rushed off to the NICU. This was all anticipated—but I didn’t realize that after carrying these babies inside me for so long, having them suddenly taken away from me would feel so unnatural. 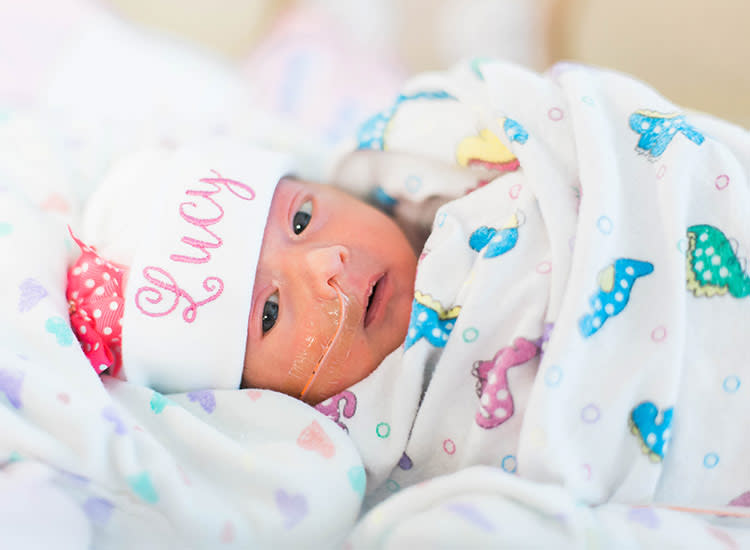 It took 12 hours for me to recover enough to visit the NICU and meet my babies. I held one of them, which was one of the most amazing feelings I’ve ever felt. But then I returned to my hospital room for my first night as a mom, away from my babies. That was probably the hardest night of my life. Absolutely nothing prepares you from being separated from your babies while they’re in the NICU. And this only got worse as I was discharged and walked out of the hospital every night to go home without them. Being separated from the babies is still hard on me, but with time and lots of baby cuddles, it’s slowly getting better.

With three babies, I battle feelings on a daily basis that I’m not enough. I don’t have enough arms to hold all of them when they’re crying at the same time. Everything takes three times as long, and I probably need 72 hours in each 24 hour day to “get it all done.” Even when I’m giving everything I have and more, it doesn’t often seem like it’s cutting it. I have to remind myself over and over that I’m only one person and I’m doing a great job, even when it can be so, so easy to believe the opposite. Index cards around the house with small encouragements help me remember truths about who I am. I couldn’t begin to count the simple text messages from family and friends that mean so much and keep me headed down the right path.

3. Triplets Have an Incredible Bond

Even when they were just a few weeks old, I knew my babies’ sibling relationship was going to be unique and incredible to watch develop. Before I even thought they were old enough to move, they were scooting together to snuggle. They often hold hands and have a way of calming each other down. It fills my heart with such joy to know they have each other. As many hard things as there are with multiples, there are also many, many beautiful things, and this is one of them. When I’m busy prepping bottles and folding laundry (whoever says dishes and laundry can wait didn’t have multiples), it makes me so happy to know they’re busy playing together and loving each other. I know they’ll soon be taking each others’ toys, as siblings do, but we hope and pray that their friendship continues to deepen in this incredible “triplet way.” 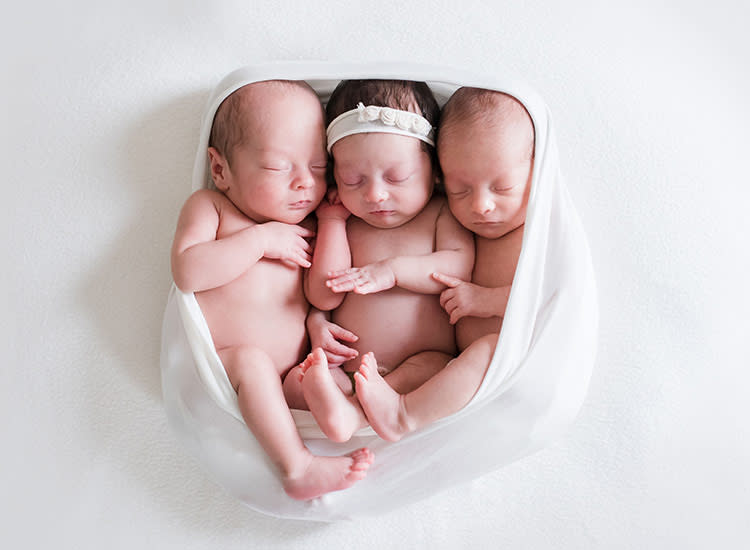 4. I’m Not Doing This Alone

Having multiples means you develop an instant bond with any other parents of multiples that you meet, whether they’re eight weeks pregnant and in shock from learning the news or have 25-year-old children. I’ve found an amazing network of support between mamas of multiples, on social media as well as in my city. I’m connected with hundreds of triplet moms across the world, and I know I’m one post away from dozens of encouraging comments. Even in a short time of being a triplet mama, I’ve developed deep relationships with many other moms of twins and triplets. I can’t tell you how much their transparency and experiential wisdom has shaped this past year for me. This is not a journey you can do alone!

Whether you have a singleton, twins, triplets or more, you need those friends who are in the trenches with you and who you can lean into on the hard days and celebrate with on the best days. I’m thankful for those mamas who have come before me and hope that I can show the same love to the ones following behind me.

*Karen Fassetta is a triplet mama to almost 6-month-old Lucy, James and Charlie, and wife to husband Bennett. They live their triplet adventure in Texas with their spunky golden retriever, Finley. Karen has an environmental design degree from Texas A&M University and is doing the working mom balancing act, working in business development at an international architecture firm. She’s also a lifestyle photographer and newly a triplet mommy blogger. Karen can often be seen pushing their triple BOB stroller around the neighborhood with one hand, Finley alongside, and holding an almond milk latte in the other. You can follow their wild and wonderful adventure on Instagram at @finleyplusthree and her blog, FinleyPlusThree

What to Buy (and What to Skip!) When It Comes To Multiples
ADVERTISEMENT
ADVERTISEMENT
Article saved.Go to My Saved Articles
Article removed.
Name added. View Your List