We got to the bottom of the crazy (and fascinating) rumors you’ve heard about twins. 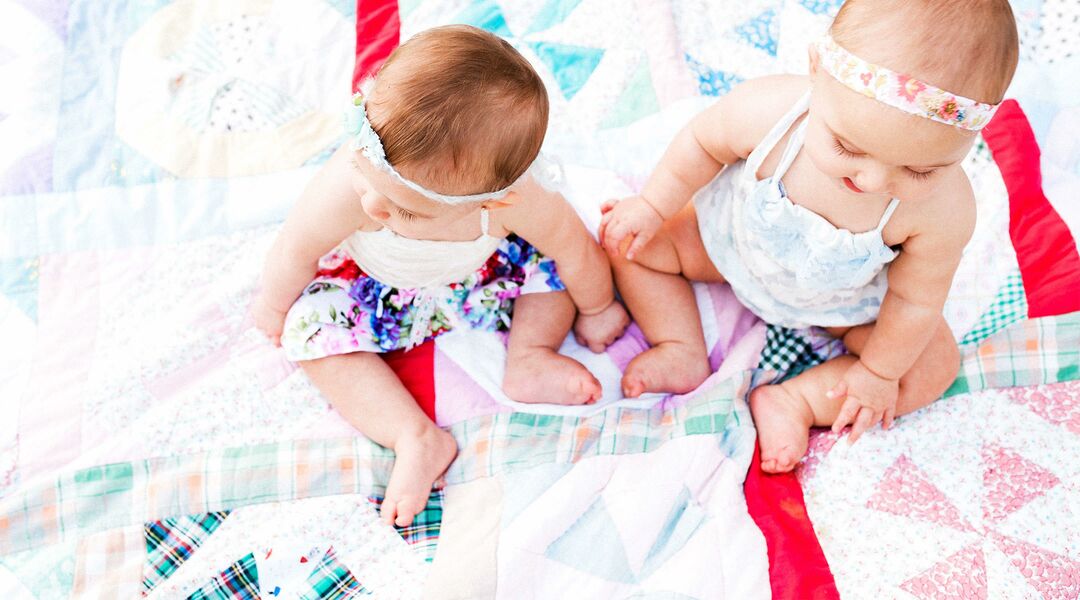 Twins skip a generation. False!
Okay, so fraternal twins can run in families, but there’s actually no evidence that it matters which generation you’re in. So if you have a parent who’s a fraternal twin, there’s still a chance you can have twin babies.

Identical twins have identical DNA. False.
Well, sort of. Identical twins share about 99.999999 percent of their DNA — not quite 100 percent — which is why the twins you know probably have some differences, like a mole or birthmark. Researchers have even found an identical twin who carried a gene for a certain disease, which his twin didn’t. Differences between twins can increase over time as a result of environmental factors, and genes can even change slightly (who knew?).

Twins have the same fingerprints. False.
Fingerprints actually get created in utero and vary based on a baby’s contact with amniotic fluid, the umbilical cord and whatever else is in there (read: the other baby!). So every single person’s fingerprints are different — even if they’re an identical twin!

Animals can tell identical twins apart even when people can’t. True!
In one study, highly trained police dogs were able to sniff out the difference between identical twins, even when they lived in the same place and presumably were exposed to all the same smells. How did they do it? No one really knows!

Girl/boy twins are always fraternal. True!
Since identical twins come from the same egg, they’re always the same gender. So any boy/girl twins you know are, indeed, fraternal.

Twins have ESP. The jury’s out!
No one has proven definitively that twins can or can’t communicate telepathically with each other, but many twins have claimed they’ve felt upset or anxious when their twin was in trouble, far across the country. And twins have been known to develop their own language that only the two of them understand. There’s just something special about the connection between twins.

Moms of twins live longer. True!
A 2011 study found that women who naturally conceived and gave birth to twins had a lower risk of dying each year after age 50 than those who had just one baby at a time. And nope, it’s not because of all that extra cardio from chasing around two babies. Researchers say that these women’s “innate healthiness” actually made them more likely to conceive, carry and deliver twins.

Secrets of Moms of Multiples

Worst Things to Say to Moms of Multiples

How to Entertain Twin Toddlers?
Article saved.Go to My Saved Articles
Article removed.